With a title which handily doubles up as a review of the film, Aaaaaaaah! is the uncompromising brainchild of Sightseers star Steve Oram, who writes, directs and stars in this lo-fi quasi-horror satire on what would happen if man’s innate nature rose to the fore. The Mighty Boosh’s Noel Fielding and Julian Barratt, as well as a glut of other familiar faces, all pop up along the way to shed their dignity and go bananas in publicity-boosting roles.

Filmed in 2014 but only seeing release via the “Frightfest Presents” banner this past January, it’s not difficult to see why this brave/experimental cult status-destined statement on society struggled to find a distributor: even at a brisk 79 minutes it is a trying and perplexing watch.

Set in a surreal alternative universe (or it could be a post-apocalypse dystopia, this is never established) where humans have devolved to tree-humping, shit-slinging, ape-like savages, yet still wear clothes, drive cars, watch TV and live in houses, the film doesn’t take long to boggle your perception of reality, with alpha-male Smith (Oram) pissing on a wedding photo of his wife, before his beta, Keith (Fielding’s frequent collaborator Tom Meeten), obediently wipes his dick.

With dialogue completely replaced by primal grunts, we are forced to gawp in bewilderment at the often disgusting behaviour of these recognised faces, with Toyah Wilcox (seriously!) gamely dry-humping a cabinet, sticking her head in a microwave and being unceremoniously pelted with the dinner she has just made for her animalistic beau (Green Wing’s Julian Rhind-Tutt).

With this outlandish scenario expanded beyond the everyday family dynamic to showcase examples of this society’s idea of sitcoms, cartoons, cookery shows (if you thought Nigella flaunted her cleavage, you ain’t seen nothing yet!) and video games, Aaaaaaaah! is a complete vision, but distractingly inconsistent. So mankind has evolved enough to make toilets and cutlery, yet people still shit on the kitchen floor and eat like savages? Likewise, how is it that cocaine exists as a recreational drug if people don’t know how to use it? 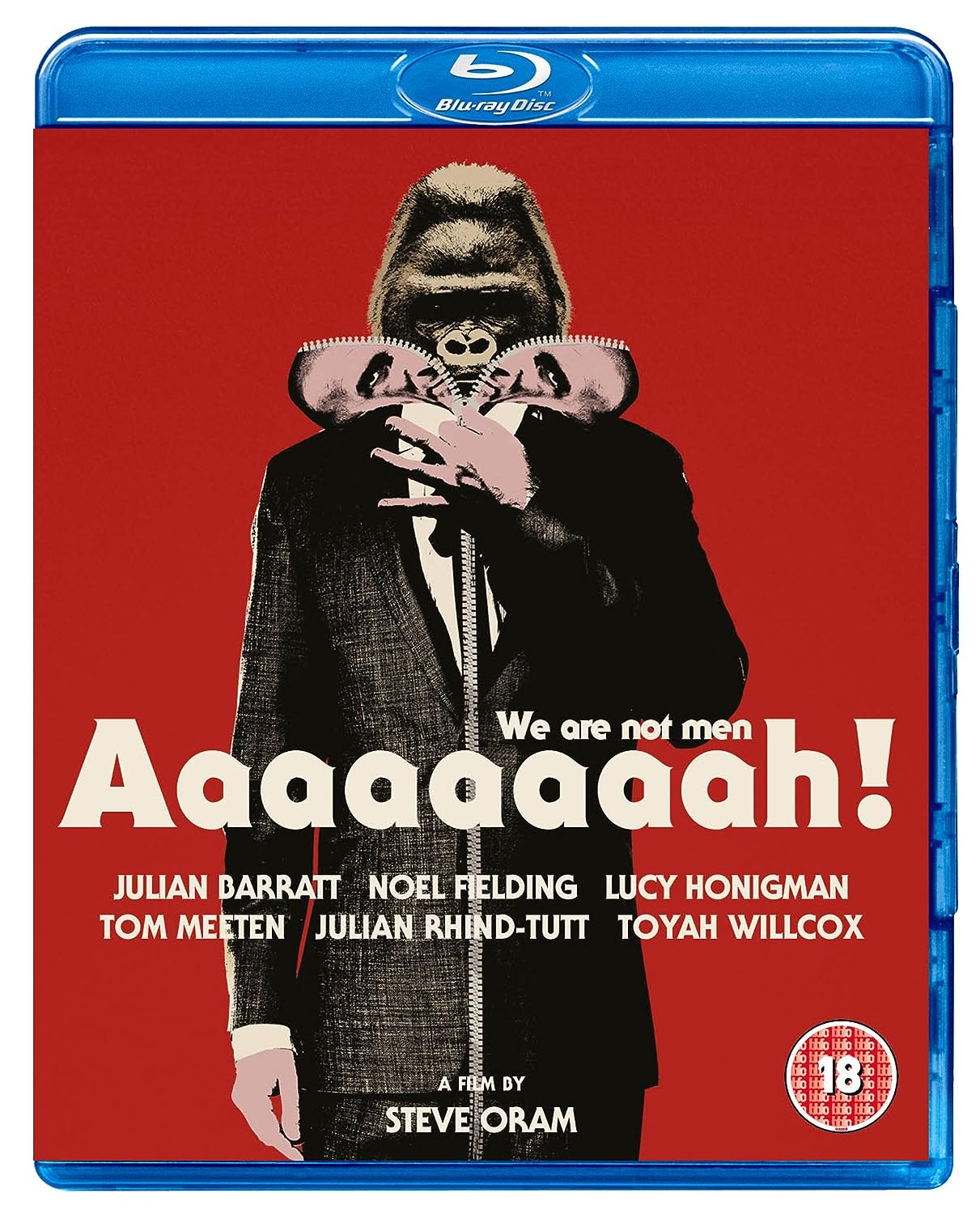 Props to Steve Oram for seeing his surreal concept through, it’s certainly a unique and unpredictable experience – not to mention a frightful prospect – and it marks him out as a filmmaker to look out for. However, as a piece of entertainment, his divisive debut feature is just too frustratingly uncanny to be devoured in one sitting – or maybe I’m just too much of a Neanderthal to appreciate it?