THE DEATH OF THE RECORD INDUSTRY

“Loaded dice and poisoned chalice all over the fucking shop.”

Taking the alias of his furry X-Men character to heart, Nicholas Hoult is chillingly bestial as ambitious A&R man Steven Stelfox in this dark-as-night hyperbolic evisceration of the greed, hedonism and backstabbing which fuelled the profit-over-sincerity mentality of the Britpop-barmy 90s music business.

“None of us have a fucking clue what we’re doing!”

Spouting satirical, fourth wall-breaking soliloquys to the screen, steely-eyed talent scout Stelfox spends the majority of the film “off his tits” on all manner of substances, disconnected from the callous circus which circles and consumes him. He’s a monstrous figure, but screenwriter John Niven – working from his own novel – does an admirable job of making this “smart, ambitious… lost” soul into an investible anti-hero, even if he’s not likeable enough to be charming. He is a murderer, after all.

“A sense of unravelling…” 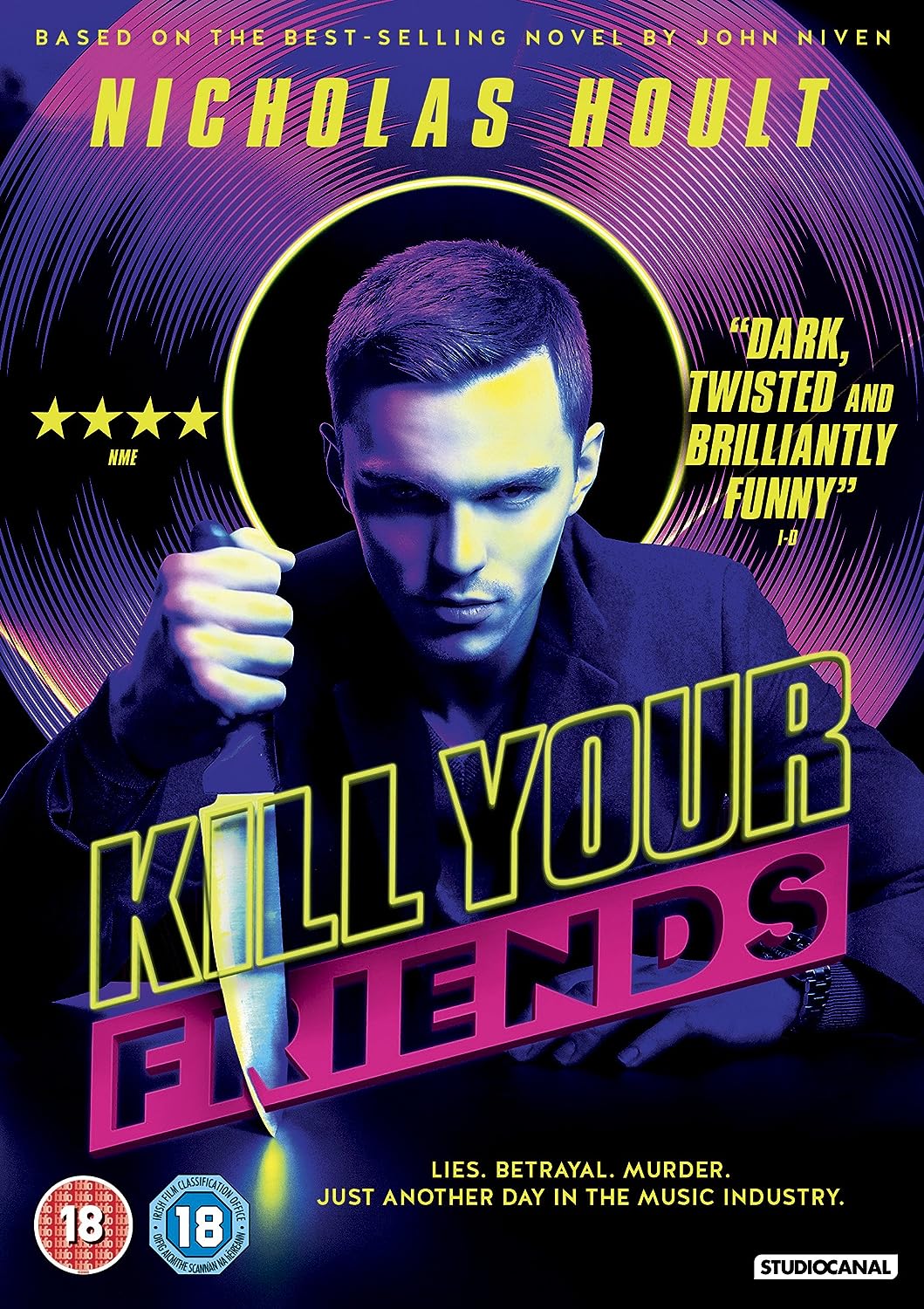 As Stelfox’s clumsy control on his perilous situation spirals into a black hole of grave dancing, blackmail, framing and extortion, Kill Your Friends perhaps dips the satire to such distasteful and disbelieving depths that its hard to even classify this as a black comedy, but its a ballsy and compromisingly “haaaardcore” warning to those who would do anything to live the dream. And I’m pretty sure I know what its middle finger-brandishing reaction to anyone who found it ghastly and amoral would be: “Get fucked!”