“I don’t intend to go through that hell again!”

Studio bosses were understandably eager to dive straight into pre-production on a sequel following the monster success of Steven Spielberg’s iconic 1975 Oscar-winner, but some less-than-manageable production issues (mainly involving “Bruce” the mechanical shark) saw the legendary helmer swear off a return to the waters around Long Island.

Lead Roy Scheider was also opposed to pulling on his boat shoes again, but was eventually coerced into reprising the role of stern Amity Island sheriff Martin Brody. Even second time around this much-anticipated follow-up was not without teething problems of its own: Original director John D. Hancock was fired months into the schedule due to his sombre vision and lack of action movie pedigree, while replacement Jeannot Supergirl Szwarc clashed furiously with his strong-headed star.

It’s something of a miracle that the resultant film was not only salvageable but a huge success in its own right (before The Empire Strikes Back was released it enjoyed two years as the most profitable sequel ever). Sure it rinse-and-repeats the same beats as its predecessor, but in Chief Brody’s growing paranoia and the town council’s resistance to his warnings (“I have had some experience with sharks…”), we get an additional layer of dramatic tension.

Stripped of the in-the-shadows surprise element, Jaws 2 gives its great white antagonist far more screen time. Bigger, meaner – and following a run-in with an exploding boat – scarred for most of the film, the aquatic menace (accompanied once again by John William’s incomparable orchestration) is a truly terrifying beast, scuppering the seaside community’s opportunity for a new beginning with the opening of a hotel complex. 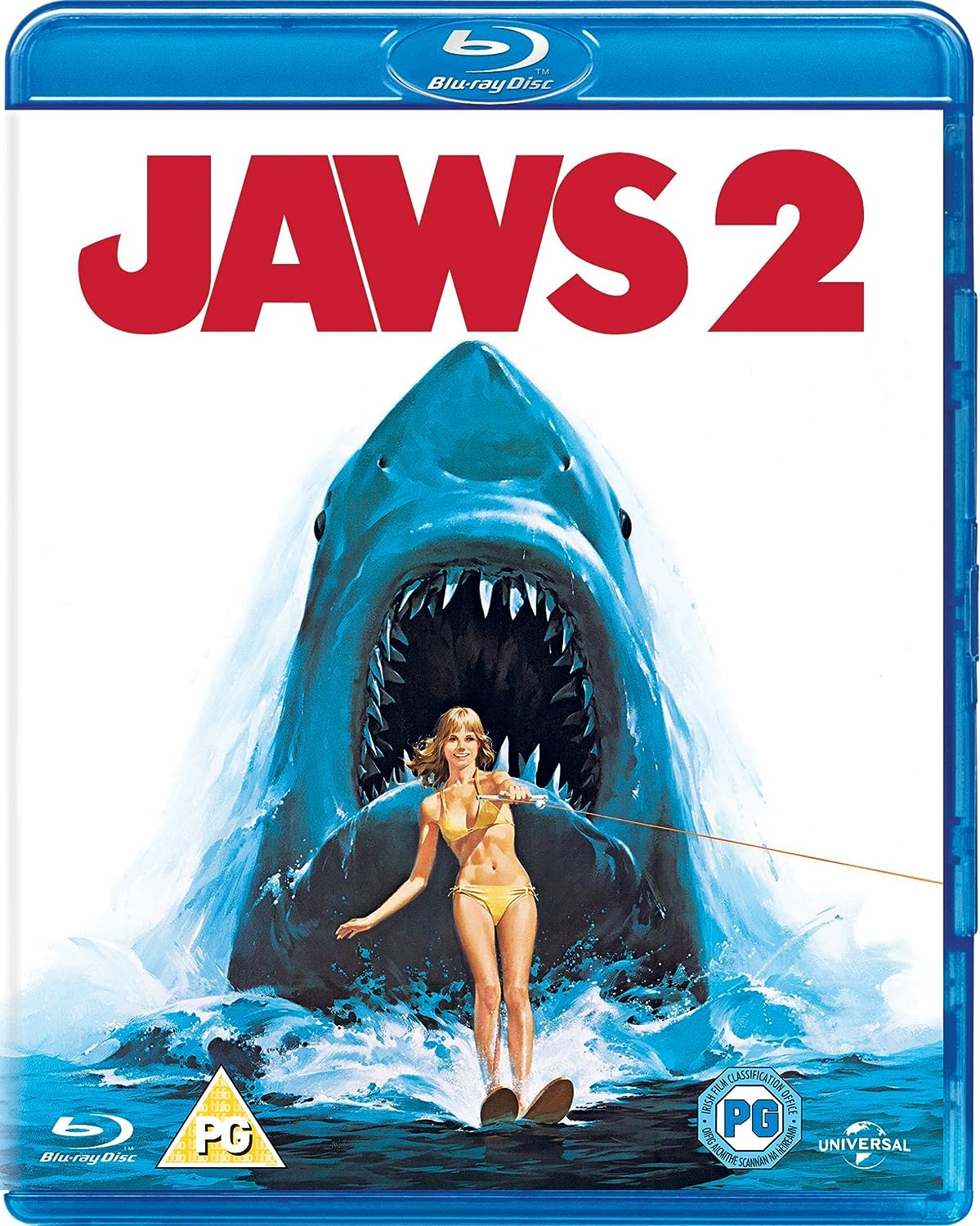 With Lorraine Gary and Murray Hamilton returning alongside Scheider, Jaws 2 has the additional benefit of feeling more like a natural continuation to the legacy, rather than the successively forced money milkers. At almost two hours it does lurk dangerously close to excessive, but with the ominous threat ever-present it is never less than watchable or gripping – even when the sun is shining and the oblivious teenage sailors are smiling. This is a true testament to a PG-rated creature feature.