THE JEWEL OF MORRO BAY

Seven years after a Pixar-less sequel was planned by Disney/Circle 7 and scuppered before production began, original Finding Nemo writer and director, Andrew Stanton and co-scribe Victoria Strouse started work on an official sea-quel to his beloved Oscar winning search and rescue adventure in 2013.

While the animation giant’s seal of quality has never been in doubt, with a glut of sequels in the works and following an unsteady 2015 (Inside Out was a leftfield success, The Good Dinosaur perhaps their most tepid effort to date), Finding Dory could have been considered a predictably safe bet to reassert their dominance; a return to calmer seas. 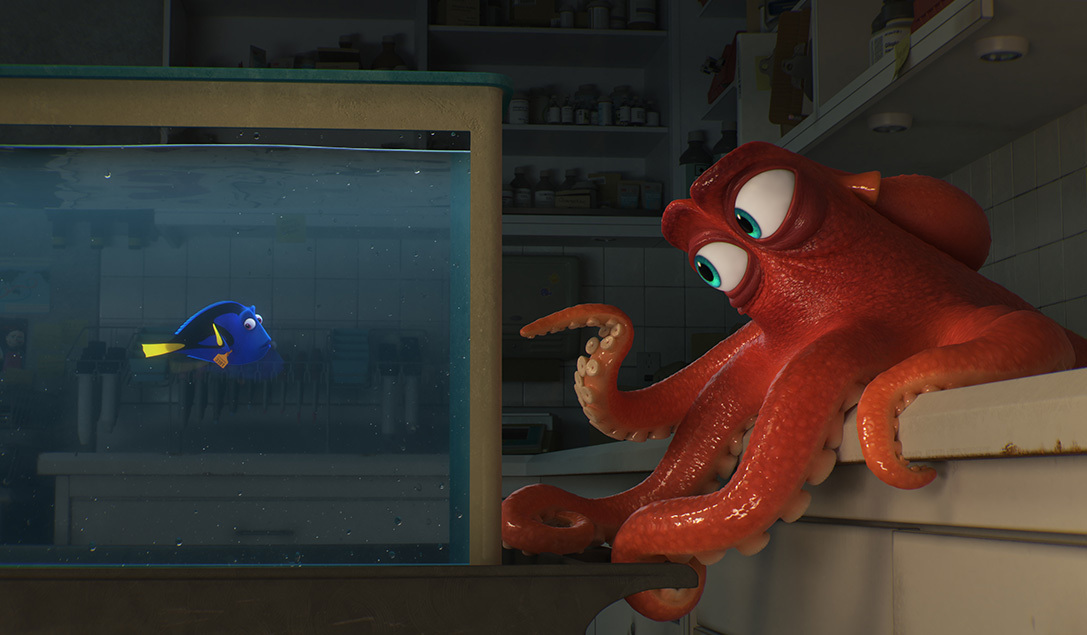 The familiarity of some of the scenes teased in the pre-release trailers (sea turtle migration) as well as the template-untampered plot had me concerned that they were simply trying to replicate their earlier wave of success, with safe and sound clownfish Nemo (Hayden Rolence) this time on the hunting end of the operation, accompanying his overprotective father (Albert Brooks) when good friend – and memory-stunted – regal blue tang fish Dory (Ellen DeGeneres) is suddenly struck with a spark from her childhood and swims off to the Marine Life Institute in search of her long-lost parents.

Beautifully rendered in exquisite detail and with a surprisingly strong shoal of returning and new voice talent (Ed O’Neill, Diane Keaton, Eugene Levy, Idris Elba) – plus a smirk-worthy cameo from Ghostbusters‘ Sigourney Weaver as the public aquarium’s Intercom announcer – Finding Dory is another charming and touching underwater yarn which nods to the original with multiple references and comparisons, without ever feeling stringently beholden to it.

As Dory escapes quarantine always one wave ahead of her worried pals, the farcical drama raises the stakes to near-outrageous proportions (think the overblown aeroplane finale in Toy Story 2) and reaches an explosive crescendo, but with surplus heart, these colourful and cutesy idiosyncratic characters manage to rescue the film from going overboard. An a-Dory-ble delight which had me beaming throughout; Pixar has most definitely re-found their fee–- fins.