“Sometimes we do the wrong things for the right reasons.”

After three seasons of Nickelodeon’s Legends of Awesomeness spin-off series, an extended production schedule and the inclusion of a supernatural element into this computer animated martial arts adventure, I was dubious that this third theatrical chapter in the furry-ous fighting franchise might be stretching the concept one step too far – especially with the reveal that the title was the down-right lazy Kung Fu Panda 3. Original(!)

Clearly I should have had more faith in “Dragon Master” Po’s (Jack Goosebumps Black) ability to deliver the “skadoosh,” as this Dreamworks production from returning director Jennifer Yuh Nelson and her promoted bench-mate Alessandro Carloni is as buoyant and well-rounded as the tubby titular high-kicker himself.

Ironically – or should that be fortunately, given how it has afforded me a perfect segue? – this tonally attuned and value-packed threequel also combats that very same message: of finding inner strength, your “essence of self” and staying true to your heart, with adopted Po faced with the arrival of his biological pa (Bryan Cranston) and the discovery of an entire village populated by his own kind.

Can the over-anxious dumpling-lover overcome his innate insecurities and find his chi in time to lead a newly-trained band of friends and warriors against a supernatural yak from the spirit realm (J. K. Simmons) who threatens to bring down the Jade Palace and all Po holds dear? 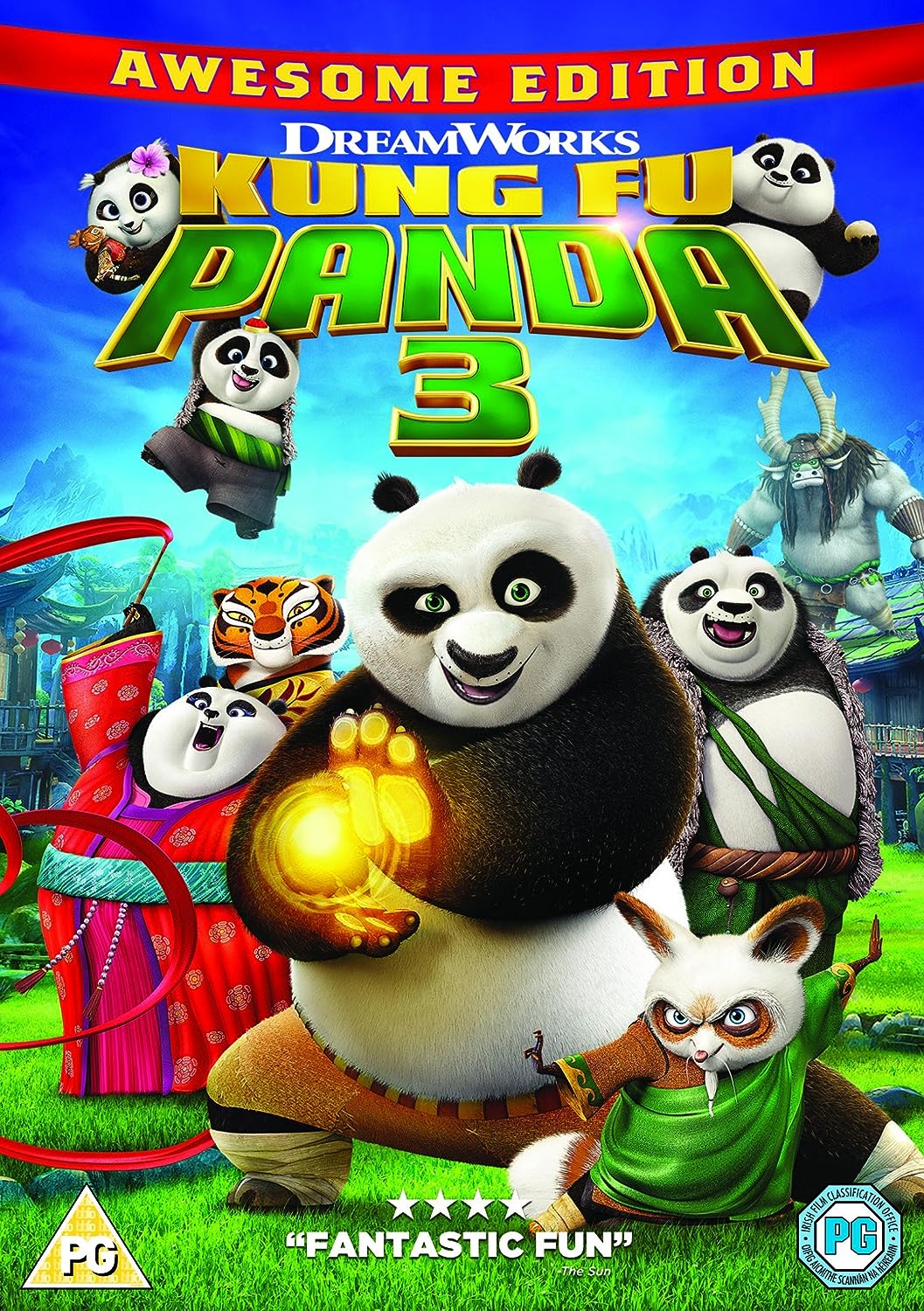 The answer is predictably positive, but this fun, spirited, self-aware journey from series screenwriters Jonathan Aibel and Glenn Berger runs the full gamut of emotions, proving Kung Fu Panda 3 is no cannonballing bellyflop – there’s still plenty of roll in this paw-some franchise yet.