In the kingdom of Darkwood, the King of Longtrellis (Cedar Rapids‘ John C. Reilly) must slay a seabeast and feed its heart to his barren Queen (Salma Hayek) to guarantee her pregnancy. In the adjacent kingdom of Highmountain, the widowed sovereign (Toby Jones) must find a suitor for his highly-strung teenage daughter (Bebe Cave), whilst he secretly keeps a giant steak-fed flea as a pet. Won over by the singing voice of an aged crone (Hayley Carmichael), the randy King (Vincent Cassel) of the neighbouring kingdom of Stronghold is disgusted with his choice of partner – but can magic held transform her into the perfect royal bride (Stacy Martin)?

Hefty in starry cast, rich in a surreal mythic tone and lavish in medieval Italian production design, Gomorrah director Matteo Garrone’s adaptation of the adult fairytales within poet and courtier Giambattista Basile’s 17th Century Neapolitan Pentamerone makes for a gorgeously evocative dark fantasy, even in its more macabre strands. Entertainment for Little Ones – as the book’s original title can be translated – this most certainly is not. 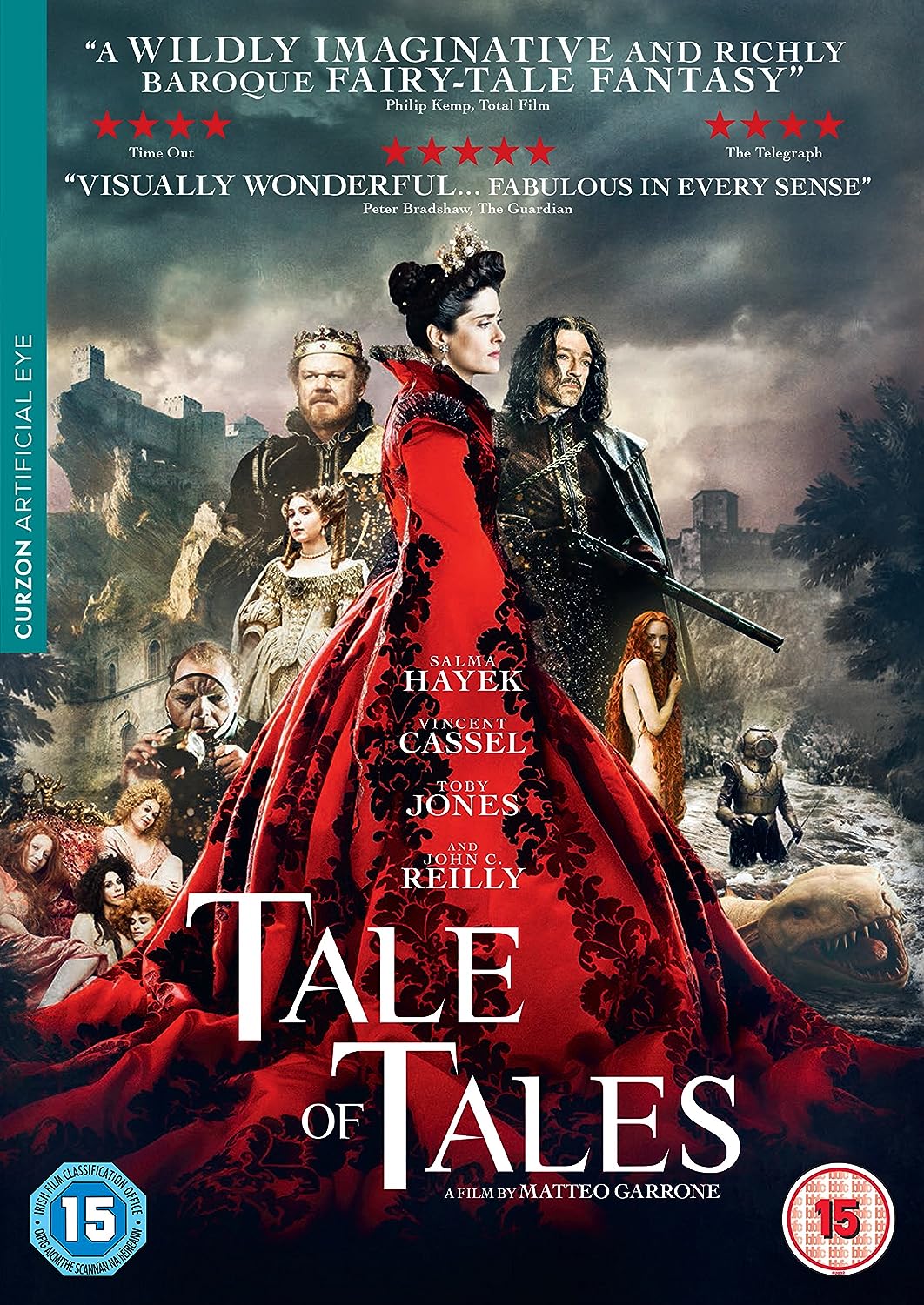 Yet for all the Rome-born director’s layering of abundant atmosphere and sumptuous unworldly visuals, the three loosely interconnected but largely independent narratives in his first English language release feel stretched over the elongated runtime. This would not be a problem if this baroque portmanteau climaxed with a bang, but the curious whimper of a conclusion (which I rewound twice fearing I’d missed the point!) turns what could have been an enchanting Tale of Tales into a dreary – if detailed – near-miss.