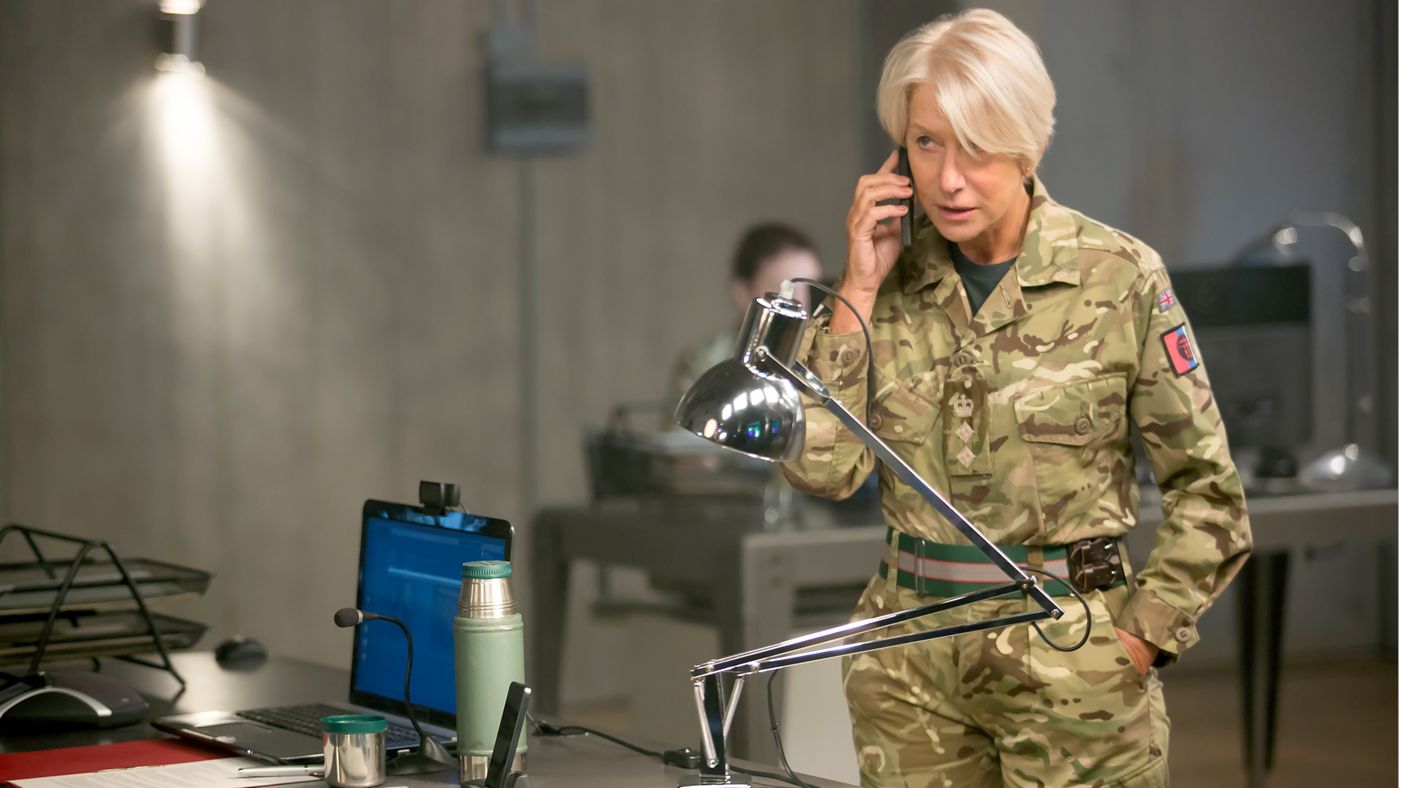 “All done from the safety of your chair.”

London, Kenya, Hawaii, Singapore… usually when you think of globe-hopping movies, you generally think of large scale, highly-kinetic adventures with many a diverse vista and exotic landscape. Despite being spread across four continents, Eye in the Sky is perhaps the most static think-piece thriller I have seen for many a year – with the starry cast largely sat in one room apiece, with all eyes on one key safe house on a dusty Nairobi street.

Intelligence officer Colonel Katherine Powell (Helen Mirren) is in London, while Lieutenant General Frank Benson (the late, great Alan “Cheshire Cat” Rickman in his last role) is in a COBRA meeting joined by a team of official personnel, and USAF drone pilot Steve Watts (Aaron A Long Way Down Paul) has his finger poised over the trigger in Nevada. They are all part of Operation Egret, conducting a top secret government mission to capture dangerous terrorists in the Middle East.

When the operation escalates from ‘capture’ to a targeted assassination, morality, ethics and the rules of engagement are debated in real time via telephone and video screen as the window of opportunity begins to fade. Will anyone in the military chain of command take responsibility for the strike without deferring when collateral damage is a very real possibility?

Penned by screenwriter Guy Hibbert and initially planned as a BBC drama before the rights were sold, Eye in the Sky is from Ender’s Game helmsman Gavin Hood and produced by Colin Firth. Its grave subject matter succeeds in underlining how small the modern world is in the twenty-first century, and how such serious and significant political operations are tempered by potential public backlash. “Revolutions are fuelled by postings on YouTube,” is a telling reality in this digital age. 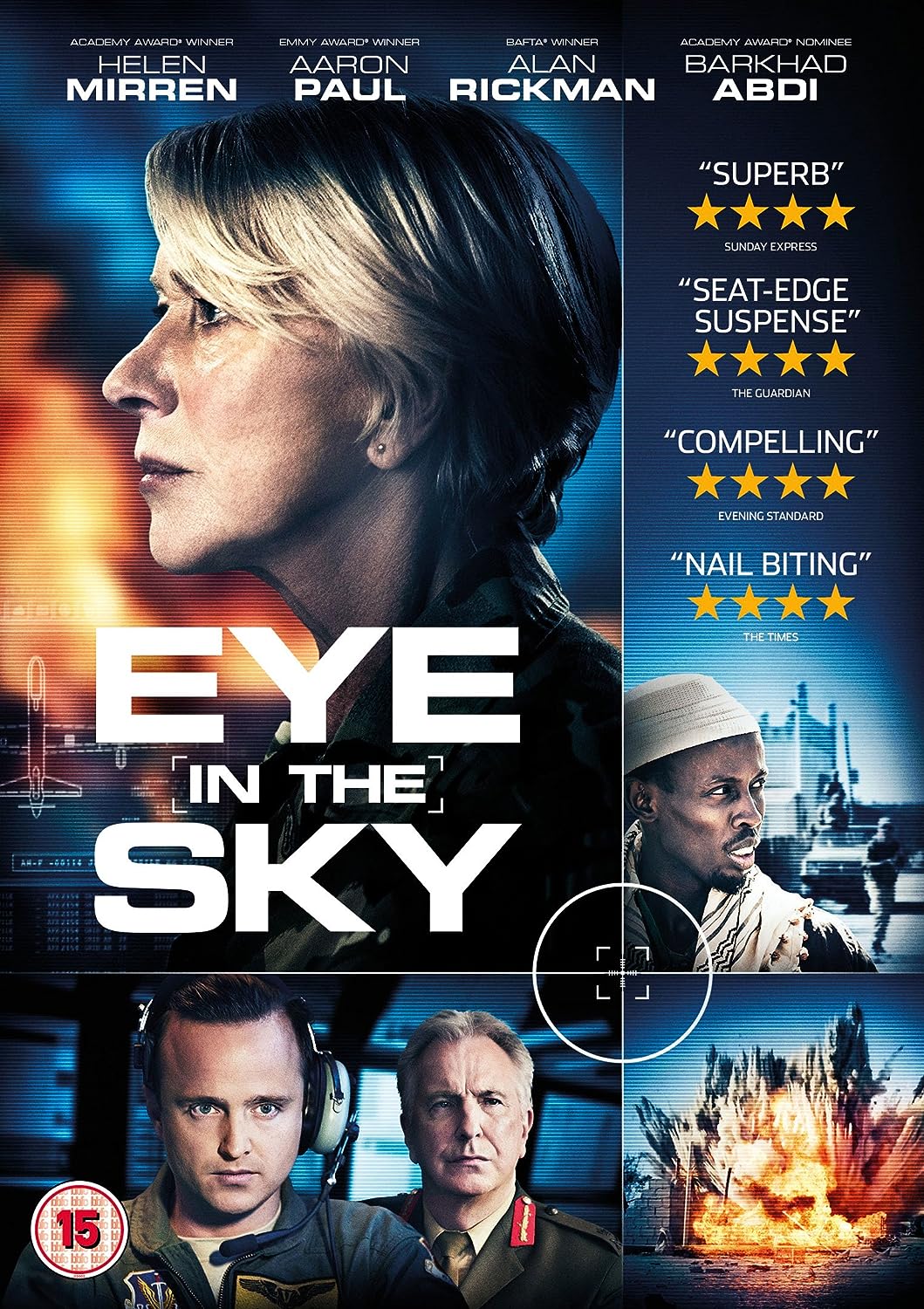 With an eye on the clock and the aerial target, this techno-terrorist surveillance drama manages to make a largely talky ninety minutes into a tense and suspenseful discourse with a painful sting in the tail, but it also requires a lot of patience and often feels more like scare-mongering than entertainment. Meanwhile, an influx of code names and operation tags only add to the already confusing multinational bi-lingual cache of character names, so you really need to be on your toes to keep up with the scenario.

One thought on “Eye In The Sky (DVD Review)”