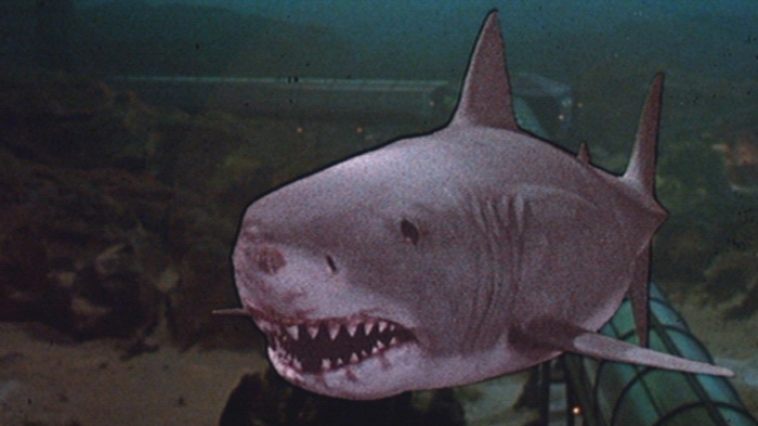 “I bet I can overcome your childhood fears…”

Emerging from a swirling cloud of claret, a gawping beheaded fish face drifts, gurning, towards the screen. Blasting out from behind it, Superman-style, a bold, heavily-shadowed multi-coloured font welcomes you confidently to the, err, visual spectacle that is Jaws 3-D. And so Peter Benchley’s killer shark franchise swims on, despite now being far removed from the author’s original prose inspiration.

With the oceanic kingdom’s preview week threatened by the owner’s greed for headline-grabbing attractions (a subdued Great White in captivity? Easy money!), shameless gimmickry and arrogant special guests, an ironically self-aware theme and a promising start (full of what later transpires to be completely superfluous character drama) is sadly squandered by an infuriating insistence on utilising a not-quite-there 3D technology. 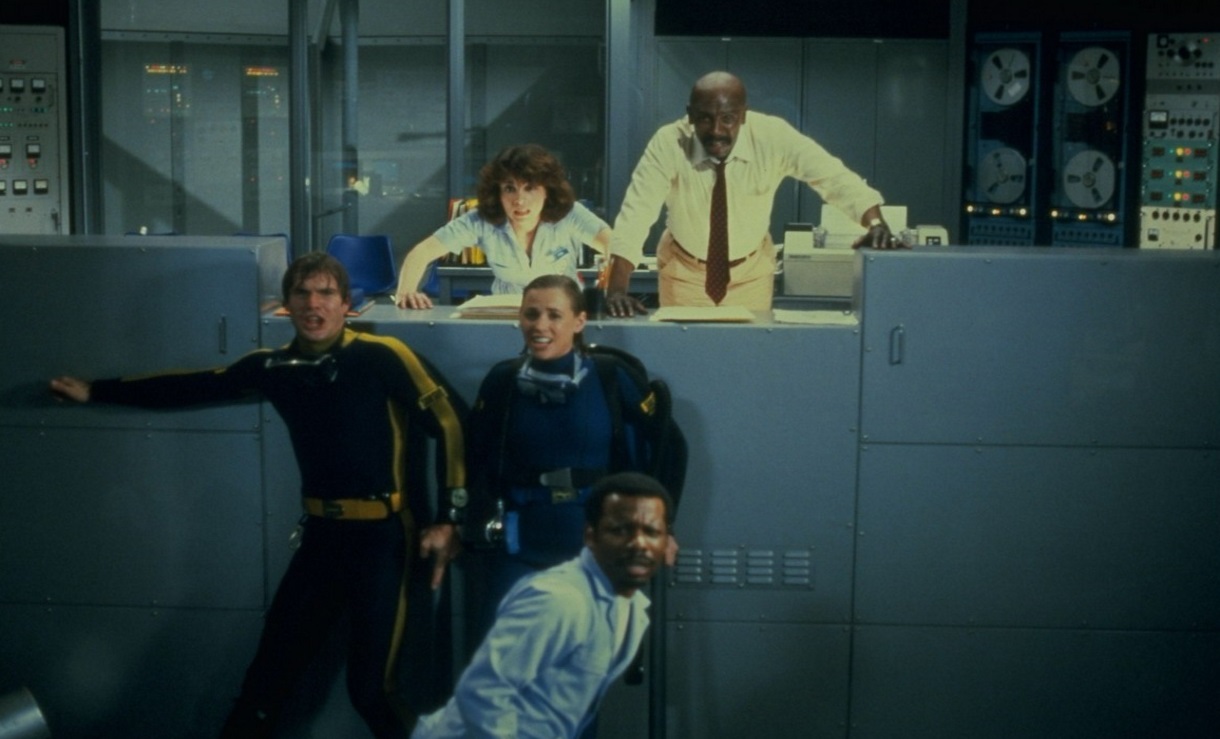 Furthermore, the plot conceit of the 35 foot “big bitch” mother rescuing and protecting her offspring is compelling on paper, but the decision to mask the beauty of the underwater shots in an inky murk and a reluctance to show the main attraction for near on 40 minutes is confounding and does almost as good a job of draining the terror from the screen as the atrociously obvious effects. That final shot of the renegade shark ‘swimming’ through the exhibit glass is pane-ful (see above).

Capitulating a reasonable opening and a bustlingly vibrant and varied locale chock full of tantalising possibilities, this celluloid disappointment is a considerable step down from its decent predecessor. An ‘inside the jaws’ shot is so inexcusable goofy it almost had me begging for the film to fin-ish. 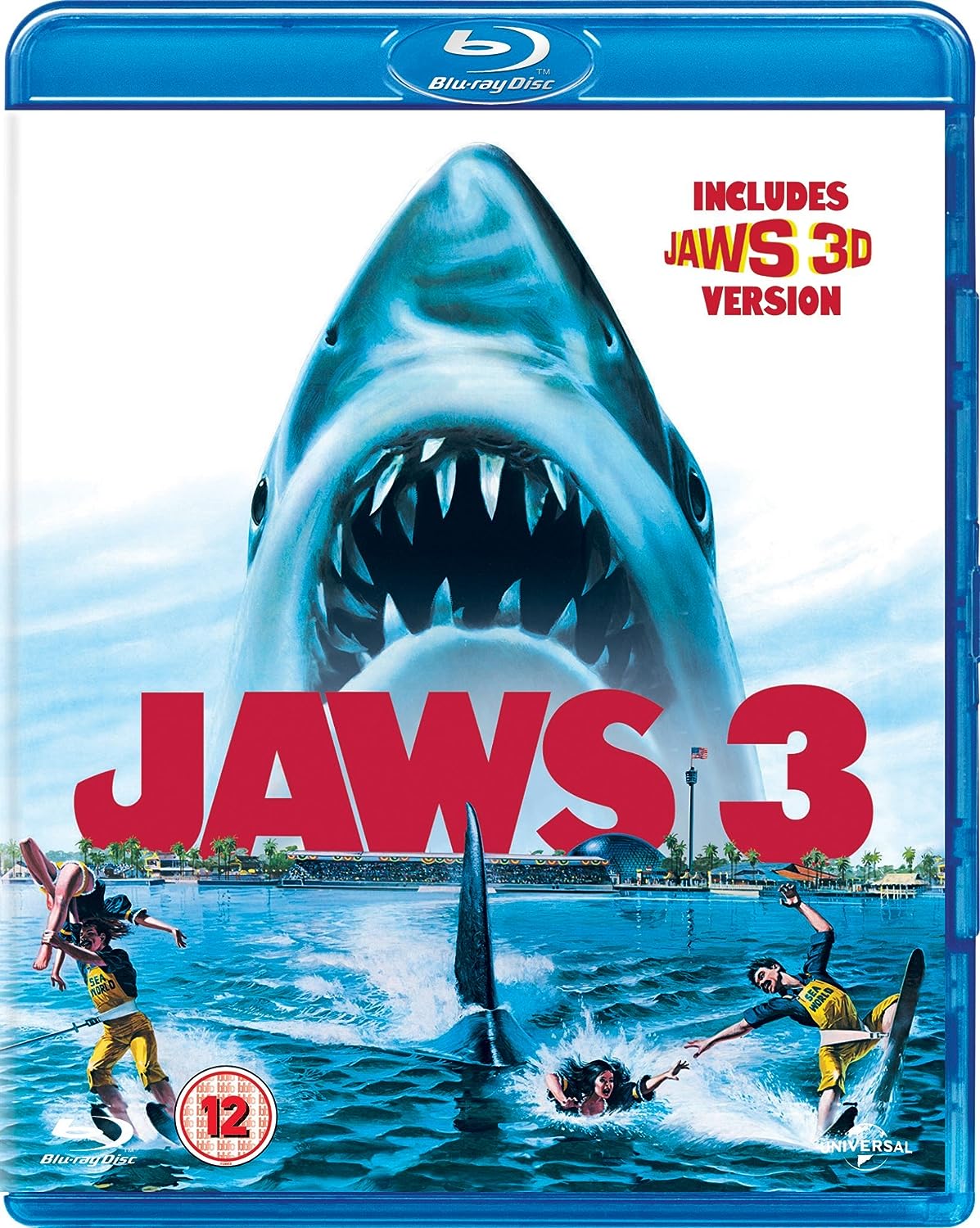 Perhaps the fault lies with Alves, an inexperienced helmer promoted from the second unit? Or the too-many-cooks approach to the overworked screenplay (although considering one of the contributors is Richard I Am Legend Matheson, this seems unlikely)? But for whatever reason, I found my patience with this film ebbing away as the runtime ticked by. If the third dimension in Jaws 3-D is terror, then the fourth is incompetence.