The (digital) doors to the CR@Bpendium have now been open for ten months, and since last November I have posted all manner of reviews, from raving about films I have adored to ranting about live performances which haven’t quite cut the mustard. On the passing of Prince, I even took an ill-advised foray into poetry. For my first “blog-day” milestone – my 100th post – I dived back into my archive to bring you an unpublished cinema review of the latest Step Up film, All In, from my “between-blogs” period where I was still writing, but to no audience. Dark days!

For my 200th blog (wow, this has come around quick!) I have decided to do exactly the same thing and turn back the clock once more, so here are my four year old thoughts on a film I first viewed at the cinema: Paranormal Activity 4! What is interesting about this is that I was always under the rose-tinted impression that I liked the shaky-cam sequel a lot more than my review admits, and while I allude to looking forward to the (then forthcoming 5th installment), 11 months after its long-delayed release I am still to view The Ghost Dimension! Maybe for my 300th…?

The packed cinema audience still shrieked, gasped, whimpered and hid behind their popcorn on cue, so clearly this Halloween cash cow isn’t going anywhere soon (PA5 has already been green-lit for October 2013), but Paranormal Activity 4 certainly gave me an unshakeable inkling that the smash hit series was stalling; more padding than progress, more confusion than clarification. Which somewhat belies the conclusive connotations of the “It all leads to this” tagline.

Set five years after a possessed Katie (Featherstone) slaughtered her sister’s family and kidnapped baby Hunter (as seen in 2010’s PA2), this fourth instalment sees the demon-in-human-clothing move across the street from the decidedly normal Nelson family, with her spaced-out son Robbie (Allen) in tow.

When Katie is suddenly rushed to hospital, the Nelson’s agree to take Robbie in until she returns. Young son Wyatt (Lovekamp) is happy to have a new bunkmate, but teenage daughter Alex (Newton) and her bubbly beau Ben (Shively) are immediately suspicious of the bizarre youngster who wanders the house at night and speaks to an invisible friend. When even stranger things start to happen, the young couple decide to document the activity by recording continuous video chats on the family’s laptops. 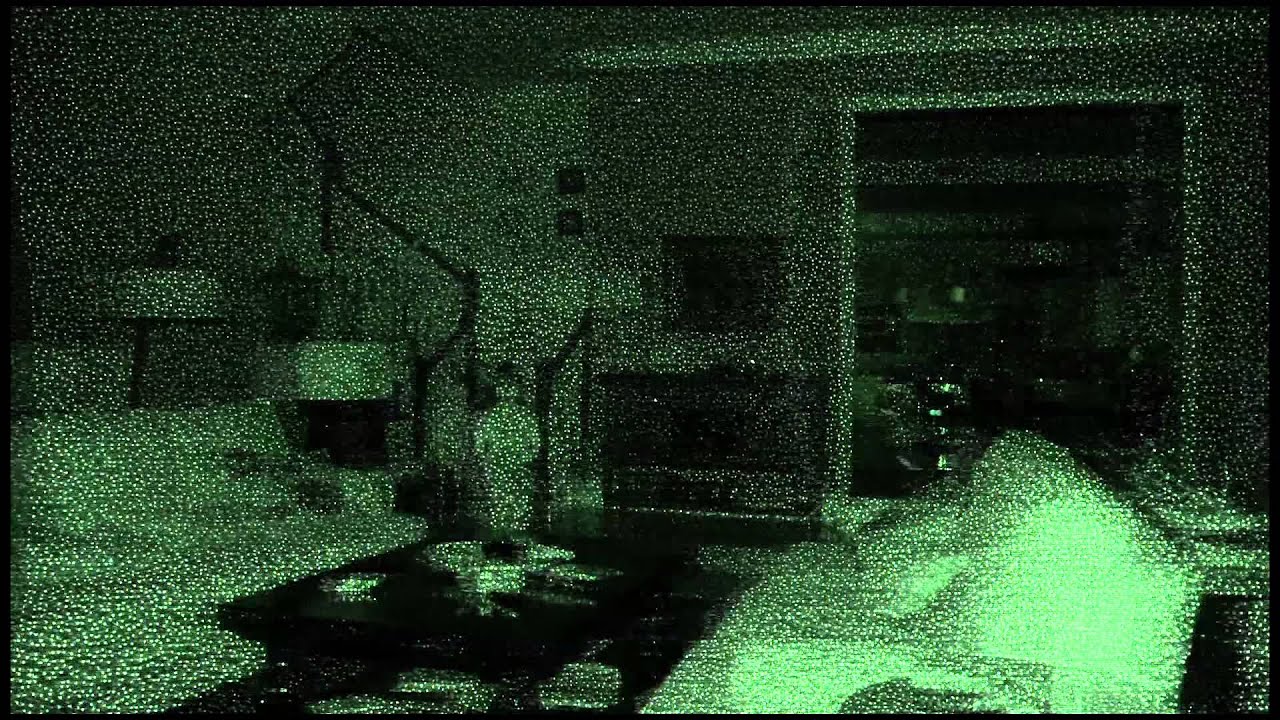 While the jump-scares still pack a punch, and the anxiety-building night-time surveillance leaves you on the edge of your seat, there are long periods of inactivity in PA4, and even when things do start to heat up, I was left frustrated and baffled by a plot which felt forced and tacked on, rather than necessary to the series mythology. A levitation sequence leads nowhere and adds nothing except a cool visual effect, while the mysterious cult is again merely hinted at and sidelined until the closing seconds.

The spoilerific reveal that Robbie isn’t actually Hunter but that Katie seems to have engineered this long-winded deception to get close to the Nelson’s because Wyatt is in fact the child she originally stole, beggar’s belief and raises more concerning questions than it answers. How did Katie lose him? How did the Nelson’s come to adopt him? Who is Robbie? Why is he in league with the demon if he isn’t Hunter? Why did Katie need Robbie and not just steal Wyatt herself? How has a mass-murdering child-snatcher evaded capture for half a decade when she has clearly been seen by the authorities when the ambulance came to her house? Finally, the film’s climax feels rushed and scrappy, as if the writers knew they had to wrap things up so found shortcuts and excuses to draw all the elements together pronto. Upon witnessing Katie carrying Wyatt into her house, a concerned Alex leaves her dad (Dunham) to pop next door and confront their neighbour, while Alex returns home to find her mother (Lee) and boyfriend murdered. Racing back to her dad, Alex sees his car drive off, but rather than (as logic would dictate) run after/flag down the car (or question why her dad was leaving), she just lets it go as if it’s obvious that it’s not her dad driving his own car (who was then?), and heads into the house of a woman she now knows is a serial killer without a moment’s hesitation!!

In a CR@B Shell: Succeeds on scares but struggles on story; Paranormal Activity 4 will leave your heart racing and your head throbbing as you try to work out exactly HOW the previous instalments lead to this. PA5 really needs to tie up the loose ends, clarify the mythology and end the series before diminishing returns kill this once must-see horror franchise.