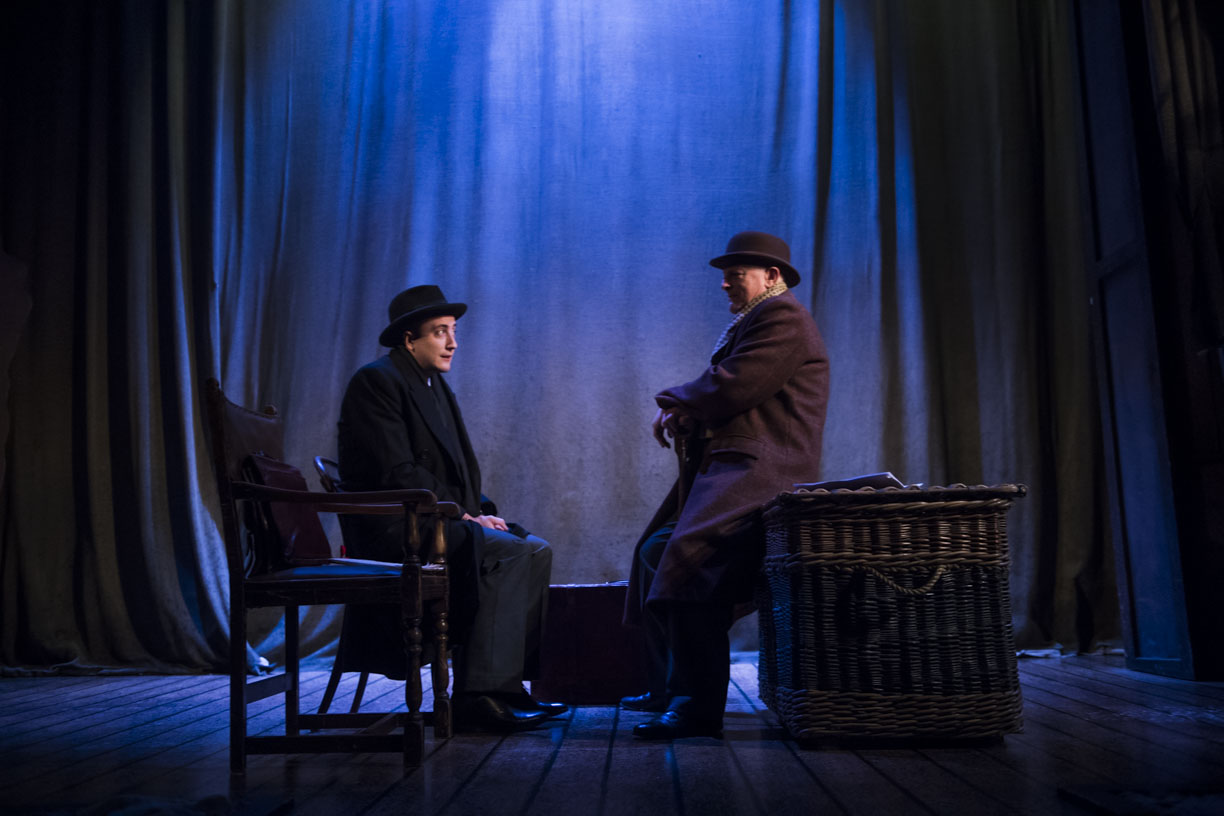 Having heard whispers that the titular spectre stands behind random seats unsettling the audience as the action unfolds, I made the admittedly cowardly decision to request a “safe” seat in the Circle. I was hoping this would allow us to view both the stage and the stalls below, but we were too far back to witness any audience haunting, even if we were granted an enviable view of the deceptively sparse stage.

Taking inspiration from the fireside retelling of the novel, the stage play is an expertly meta experience. We watch Arthur Kipps’ (David Acton) rehearsal of his “five hour long” anecdote as he struggles with stage presence and is (reluctantly) schooled in the art of “performance” by an unnamed actor (Matthew Spencer). This makes for a interesting stop-start introduction fall of gaffes and unexpected snatches of humour as the pair argue over the theatricality of the treatment. 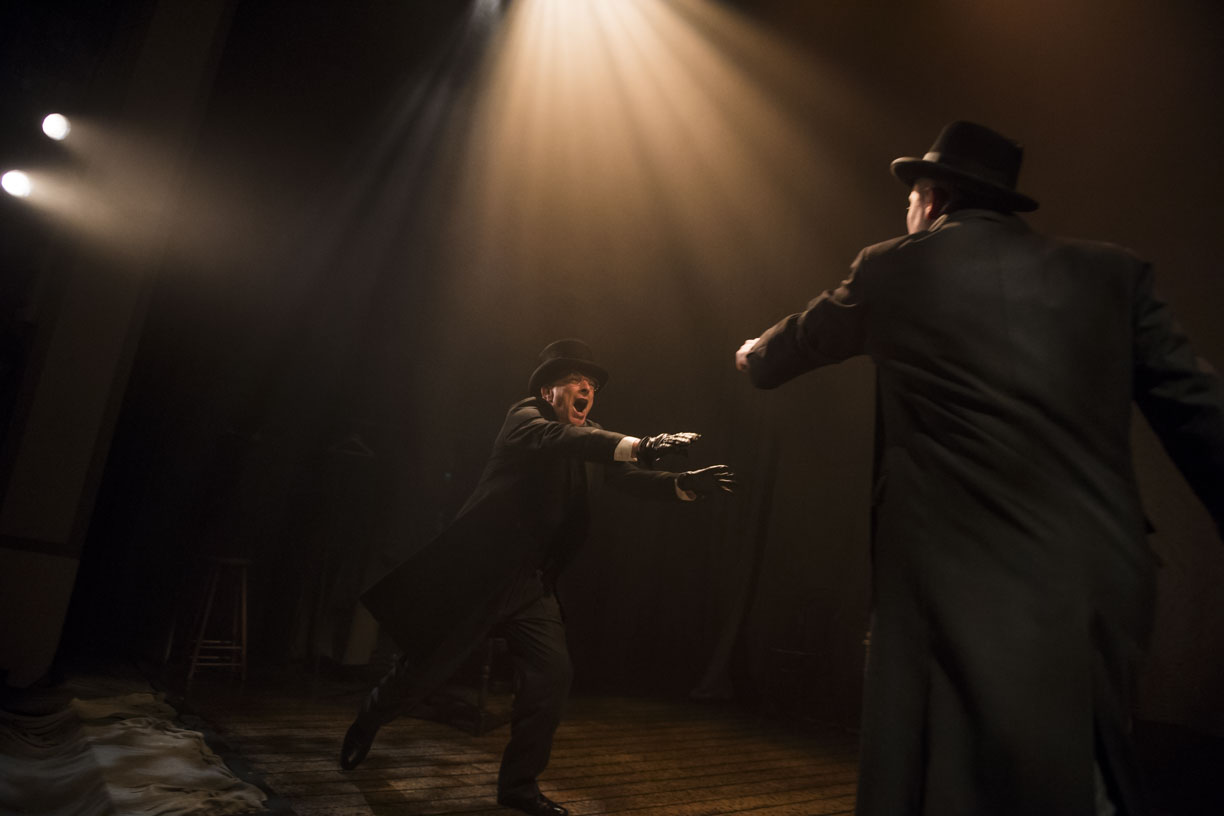 We did overhear a couple behind us bemoan this as “slow”, but I was fully on-board from the off and appreciated the integration of comedy in an otherwise tense and gripping production. Eventually – and unconventionally – it is decided that the Actor will take on Arthur’s role and Arthur will assume all manner of secondary characters.

With just two (ish!) actors, a couple of chairs, a large wicker hamper and a clothes rail, the recreation of solicitor Arthur’s fateful trip to Eel Marsh House to attend the funeral of the reclusive Alice Drablow and sort through her possessions in the solitary property is impressively inventive, with the Actor assuring Arthur that his prospective audience – for this was only a “rehearsal” – can use their “imaginations” to bring to life such props and extravagances as a bed, a train, a pony and trap and companion dog Spider.

Some effectively gothic shadows and mood lighting courtesy of lighting designer Kevin Sleep, some immersive background recordings and the expansion of the set to include the cemetery, nursery and staircase using a backlight to illuminate behind the theatre curtain all help create a truly eerie and tense atmosphere. A smoke machine to recreate the foggy marsh and the addition of Arthur’s “special surprise” (or was it?!) cap off a fascinating and – on more than one occasion – scream-worthy experience. 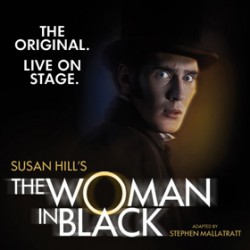 If I were to elaborate on one niggle, it would be that the story – predating the Hammer film by some decades – more closely resembles the simplicity of Susan Hill’s short prose, therefore the story ends not with Arthur laying the ghosts to rest in any proactive sense, but merely learning the full and tragic backstory before the chronology jumps forward to the epilogue. It is not a huge problem and in no way diminishes the effect of what comes before, but it does leave the mystery lingering unresolved.

8 thoughts on “The Woman In Black (Live Review)”