SONGS IN THE KEY OF SHITE

Boasting formidably prestigious star power (Meryl Streep, Hugh Grant), a consistently-assured director (Stephen Philomena Frears) and garnering near-universal critical acclaim for its “hilarious” and “poignant” portrayal of the human spirit (so says The Observer), I thought I was in safe hands with this biopic of the “inspirational” woman dubbed the worst opera singer of all time.

Disappointingly – and perhaps controversially – after a prolonged 22 minute build-up to the obvious-from-the-synopsis reveal of Florence Foster Jenkins’ ‘unique’ vocal ‘ability’, I was left feeling more than a little uncomfortable by the bullying mentality behind the chuckles. There is charm to the cast’s exuberant performances and The Queen director’s production is solid, undoubtedly, but Streep’s titular ‘40s New York socialite is presented as being ignorantly naïve of her tuneless inabilities, while her live-in partner “Whitey” (Grant) – who unbeknownst to his “Bunny” has a lover – pays the musicians and critics to keep the masquerade alive.

“For twenty-five years I have kept the mockers and scoffers at bay.”

But even worse than the ‘rich do what they please’ mentality is the shocking admission that Florence is gravely ill with syphilis – a debilitating disease she has lived with for half a century and undoubtedly caused the abnormal timbre to her vocal chords. That such a sad and tragic tale actually occurred belies belief; to make it into a comedy in the twenty-first century just feels tastefully misguided and horrendously un-PC. 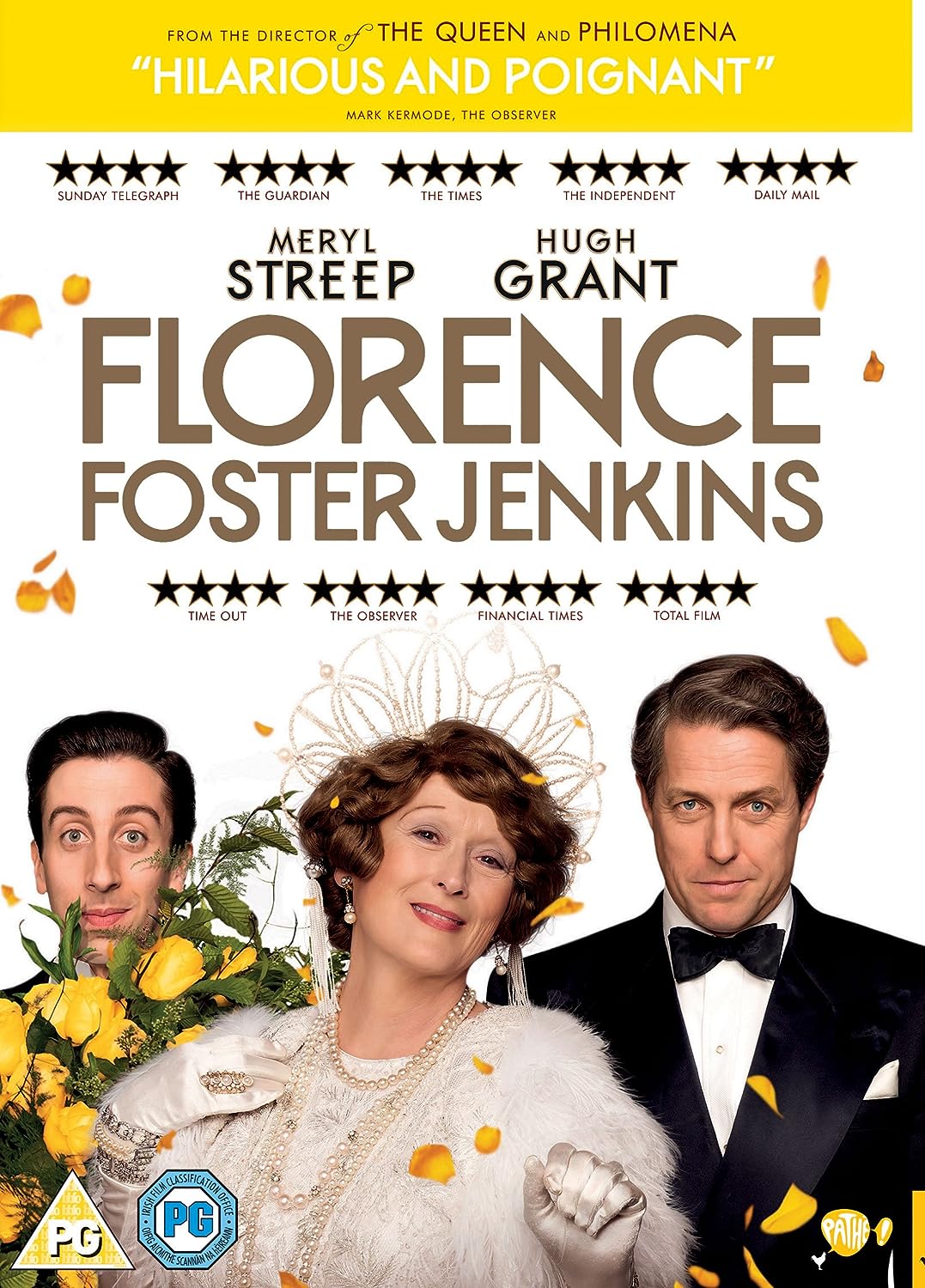 Point and laugh at the sick lady embarrassing herself at Carnegie Hall(!) Look – she’s doing a silly dance and wearing flamboyant outfits while the audience fall about mocking her(!) Maybe I’m being wildly over-sensitive, but Florence Foster Jenkins is not a circus act, yet the film which bears her name is one-joke stretched into an overlong farce. Are we not supposed to be more enlightened in this day and age?!