With career-minded mentor G. H. Hardy (Jeremy Batman v. Superman Irons) championing his overseas wunderkind’s research over five years during World War I, Ramanujan must overcome the pain of separation from his wife (Devika Bhise) and life abroad, racial injustice – from British students, staff and soldiers alike – and increasing ill health to prove his theories, crack partitions and cement his place in the history books alongside such notary geniuses as Isaac Newton.

His Fellowship wrongly denied and his fever revealing the onset of tuberculosis, The Man Who Knew Infinity plays like Morgan Matthew’s heartfelt autism struggle x+y (2014) spliced with darker shades of Alan Turing drama The Imitation Game (2014) insofar as it depicts the denial and stifling of an intellectual mastermind due to societal fear and ignorance of difference.

Sincere in performance and in its darkest moments frustratingly depressing, London Town director Matthew Brown does an admirable job of not alienating the audience by making Ramanujan’s numeric brilliance accessible and relatable to even the most mathematically adverse. 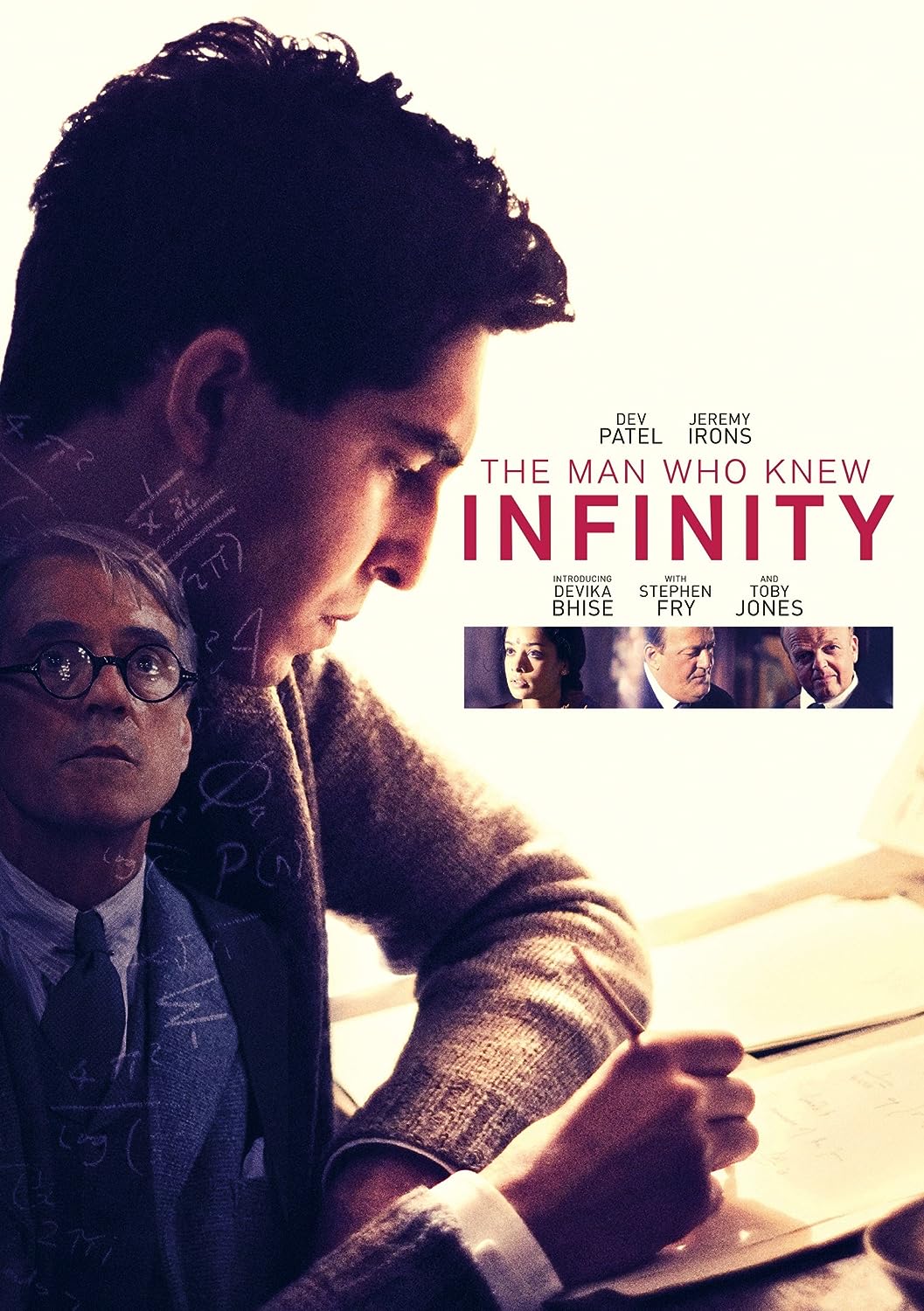 The Man Who Knew Infinity definitely succeeds in its profound and endearing portrayal of an beautiful but un-invincible mind. It may not be the most original or electrifying conversion (indeed many a review notes its formulaic treatment, sometimes without a hint of irony), but its funereal hue aside, when you accumulate all of its pros and cons, the total conclusively equates to a positive integer.

2 thoughts on “The Man Who Knew Infinity (DVD Review)”