THE JUNKIE AND THE FLUNKIE

“Man, what a waste! He’s probably more profitable to us dead than alive now.”

Set in Manhattan in the late 1970s during the King of Cool’s wilderness years, Don Cheadle – the man many in this Marvel-dominated cine-scape will know predominantly as “War Machine” – excels himself as co-screenwriter, director and lead actor in this surprisingly unsycophantic passion project which drops the iconic and isolated “social music” pioneer into an impromptu  gangster flick of sorts.

Die-hard fans of the eminent musician will be outraged by this heavily-fictionalised narrative which does no favours to their flawed genius of a hero. Embittered, unproductive, struggling with addiction and deteriorating health, the Miles Ahead depiction of Miles Davis is as a mojo-less shadow of his former self, “Jazz’s Howard Hughes” as the dialogue clarifies.

Columbia Records are impatient for new recordings, but their cash cow artist is steadfast in his refusal to hand over his tapes. When his session masters are stolen from his house, Miles grabs a gun and teams up with Ewan McGregor’s (fictitious) Rolling Stone reporter eager for a “comeback story” to track down his latest audio outpourings.

The embellished caper plot is interlaced with haunting, misty-eyed memories of Mile’s glory days – in particular his marriage to dancer and muse Francis Taylor (Emayatzy Curinealdi) which ended in infidelity and abuse – making for an intriguing and unchronological free-form structure to the film which keeps you captivated, provided you, like me, are ignorant of the historical facts and how greatly and flippantly Miles Ahead departs from them.

Cheadle’s Davis cuts a tragic figure, a self-pitying, bullish and ungrounded burnout ducking and diving in and out of his myriad memories like a boxer avoiding a knockout blow. Tellingly, the film’s working title was Kill The Trumpet Player – yet the pelf-destructive talent was more than capable of doing the deed himself than being murdered by devious record producers. It wasn’t until doing some post-viewing web research that I learnt how much of an amplified caricature the quartet of story scribes had created here. 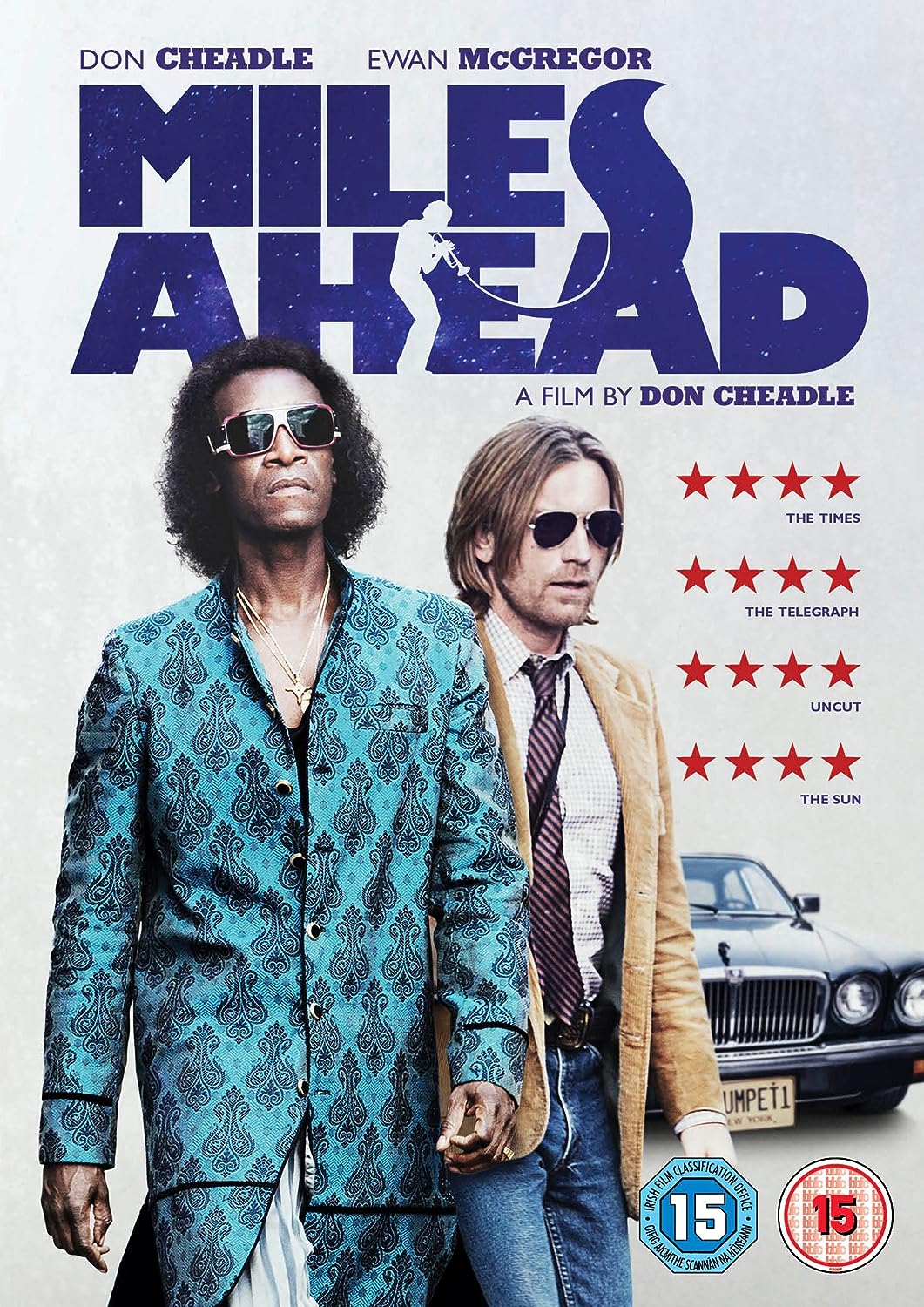 Closing on a colourful and triumphant return to the stage, this sole representation of the master at work, electrifying though it is, is not enough t0 justify the preceding ninety-plus minutes of pistol-popping, drug-inducing, near-psychotic erratic behaviour. Cheadle’s directorial debut is undoubtedly pleasingly proficient in its production, but the creative concessions in Miles Ahead bring down my appreciation for this entertaining but questionably-labelled unflattering ‘biopic’.

One thought on “Miles Ahead (DVD Review)”