John Cusack headlines as Clay Riddell, a man desperate to journey across New England to be reunited with his estranged wife and son when an electronic signal broadcast across all mobile networks turns every cell phone user on the planet into a rabid killer.

An organic network of flesh-eaters is a tasty premise for gore-hounds and nicely eschews the archetypal zombie sub-genre. Indeed, the ensuing chaos in the breakout airport scene is particularly violent and I was particularly impressed by the “phoners’” digital gurgling as they shut down and reboot at sundown.

Alas, as madness becomes the new norm and Samuel L. Jackson (Miss Peregrine’s Home for Peculiar Children) and former Orphan Isabelle Fuhrman join the nomadic survivors on their apocalyptic escapade, a strong stench of rot sets in as Cell loses its potent signal and reverts back to rote and predictable factory settings. 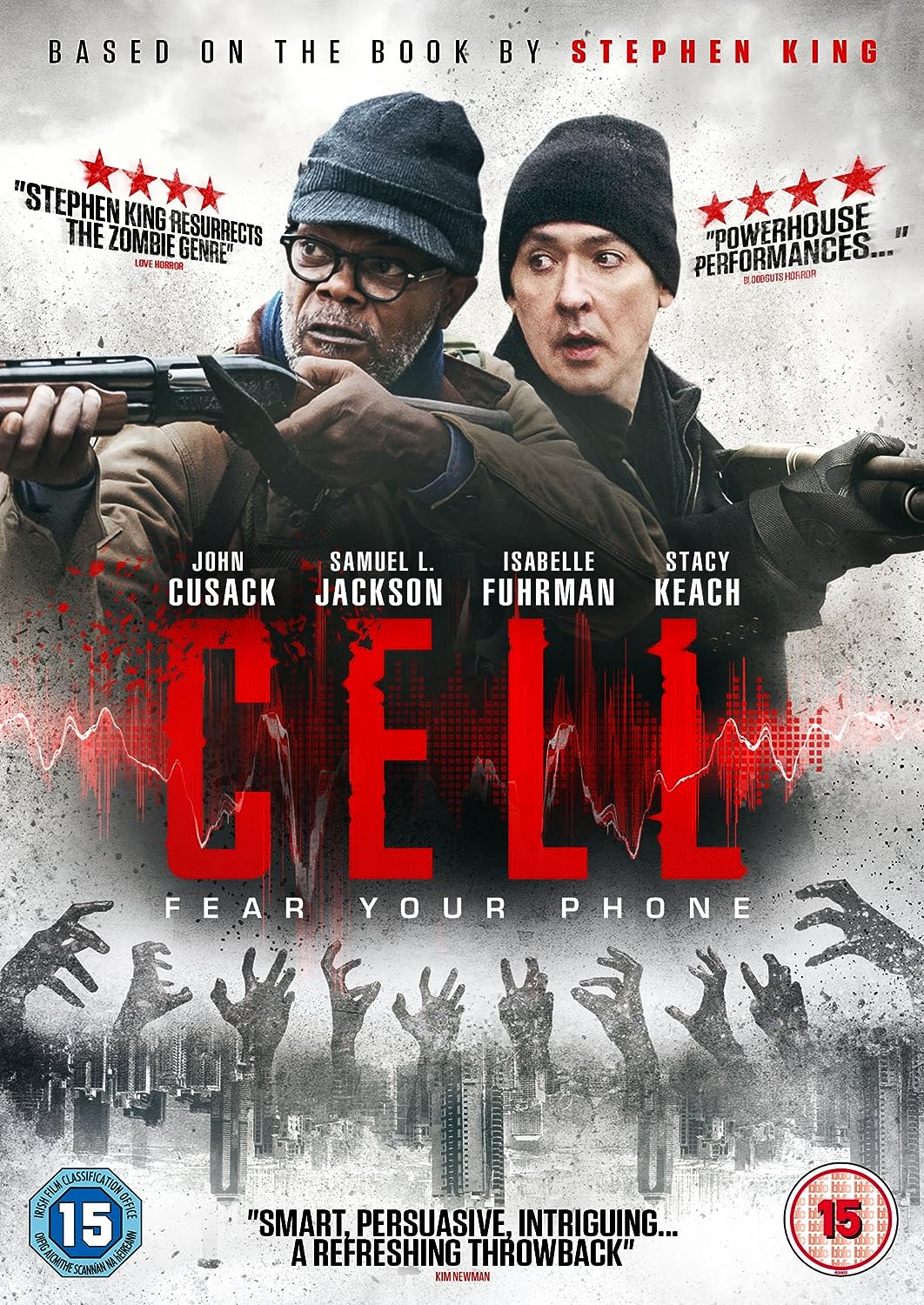 There are also instances where the use of CGI is jarringly apparent and screams of cheapness, which is disappointing given the pedigree of star power on board. On a lo-fi indie release this would be forgivable, but when it diminishes the shocking emotional climax to a big budget horror, such second-rate implementation is tantamount to social suicide.