A drug addict shunned by his family and repelled by society, James Bowen’s inspirational transformation from homeless deadbeat to self-sufficient and employable home-owner is detailed in his bestselling 2012 biography, from which Tomorrow Never Dies director Roger Spottiswoode’s big screen adaptation gets its name.

Bowen (engagingly portrayed by former stage actor Luke Treadaway) contributes his recovery and rehabilitation to the responsibility bestowed on him by the stray ginger tom, Bob (played on screen by the actual Bob), who he takes on as his pet and unofficial mascot during his darkest days.

Of course there are also human-shaped bright lights in Bowen’s struggle to sobriety – including support worker Val (Downton Abbey’s Joanne Froggatt) and eco-warrior neighbour Belle (Ruta Gedmintas, Treadaway’s girlfriend) – but Bob is the real star of this show, even trumping Bowen’s songwriting and guitar-playing skill as he busks his way around Covent Garden to scrape together some meagre living expenses. 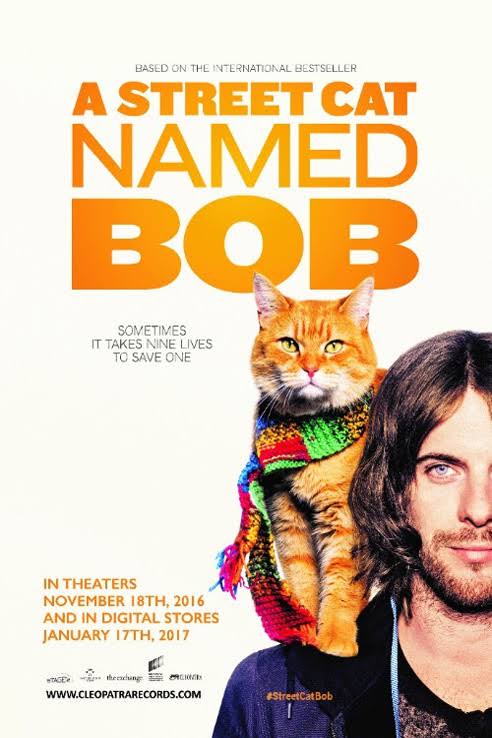 It is only in its over-indulgent cat’s eye view perspective that the camera occasionally adopts that A Street Cat Named Bob is marred, making cute and twee what is otherwise a courageous and – eventually – heart-warming fight for survival on London’s streets.