A former artistic director of the stage, Thea Sharrock makes her feature film debut (following a TV gig on the BBC’s Shakespeare project The Hollow Crown) with this bold and poignant adaptation of Jojo Moyes’ bestselling romantic tearjerker, which the author also penned the screenplay for.

Following a motorcycle collision, city banker Will Traynor (Sam “Finnick Odair” Claflin) is paralysed from the neck down, transforming him from a go-getting socialite into a cynical hermit who treats his family and friends with contempt. Desperate for money, spunky small-town girl Louisa Clark (Emilia “Khaleesi” Clarke) agrees to become a caregiver for Will in order to support her struggling family.

“You can only help someone who wants to be helped.”

Initially cold and unwilling to give Lou a try, Will soon warms to her bright, unconventional outlook and the two grow close, with Lou proposing all manner of adventurous and memorable activities – including a holiday to Mauritius – to persuade her pessimistic charge that life is worth living. In the process, Lou learns to live boldly and broaden her homely horizons, but are her endeavours enough to dissuade a struggling Will from his tragic plan to end his own life?

Much like with Stephen Hawking biopic The Theory of Everything, I knew I would struggle with the subject matter (watching the deterioration of a person’s body – but not their mind – before your very eyes) and so I avoided Me Before You at the cinema, preferring to wait for home release for an opportunity to watch the film at my own pace and without a crowd of strangers sat around me.

You can argue all you like that this is merely fiction so there is no need to be dismayed by Will’s quadriplegia, but this is a very real affliction to a lot of individuals and I’m sure Sam Claflin researched and studied many real people in similarly dire situations before attempting such a challenging role. Needless to say, the conclusion – which shocked me in its finality, courageously forgoing a traditional happy ending – devastated me.

I can fully understand why there is controversy from disability support groups surrounding Will’s caustic decision, and while I can’t say I fully agree with his line of thought (he finally had something – someone – to live for; he was not a burden), until you are in such a disheartening and un-restorative position, I appreciate it is difficult to judge. 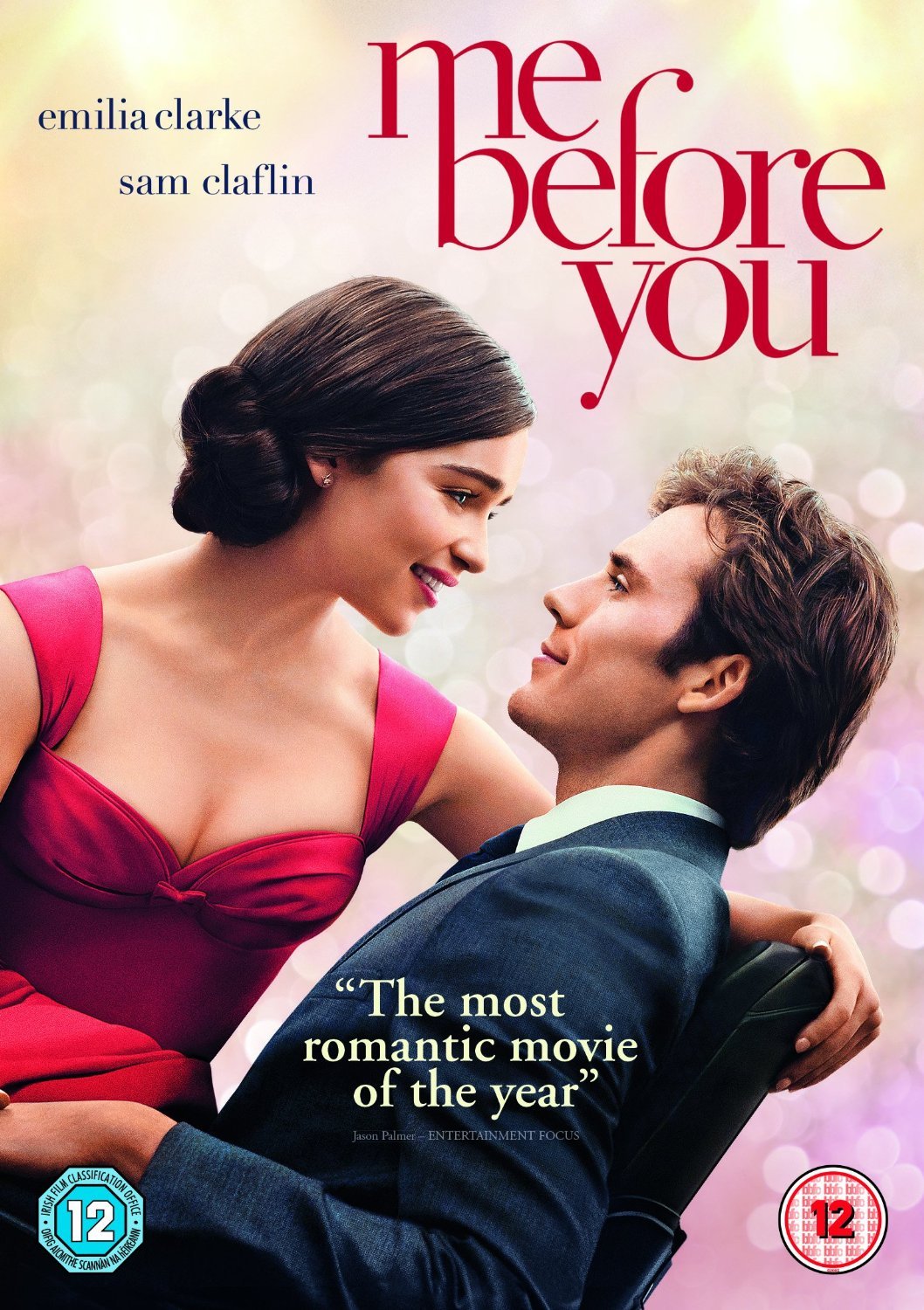 Emilia Clarke and Sam Claflin share a real innate chemistry, heightened by her self-interested marathon-running boyfriend’s (Matthew “Neville Longbottom” Lewis) lack of charm and her own quirky warmth (squealing at bumblebee tights being a smirk-worthy highlight). It was also a piece of perfect casting to have Clark and Jenna Doctor Who Coleman play sisters, with the entire supporting cast (including screen luminaries Charles Dance and Joanna Lumley) contributing to a weighty wallop of a weepie.

2 thoughts on “Me Before You (DVD Review)”