Elaborating on the undocumented encounter between two eponymous titans of their respective fields previously only immortalised by a single piece of photographic evidence, this abruptly stunted historical comedy-drama from director Liza Jordan breezily chronicles superstar Elvis Presley’s (Michael Nocturnal Animals Shannon) lackadaisical-yet-earnest attempts to have a private meeting with the most powerful man in the United States on December 21st 1970.

“I want to get people to respect our flag”

President Nixon (Kevin Spacey) may be less than keen to interrupt his “nap time” for a chat with the King of Rock ‘n’ Roll about the fight against war, crime and narcotics, but his aides (lead by Colin Hanks and Evan Peters) push heavily for the unprecedented assembly at the Oval Office in the hope it will offer their camp a serious PR push with all demographics.

While Spacey plays Nixon as the gruff caricature history has made him, Shannon gives Elvis a weary-yet-steely edge. He knows he is an icon of sound and screen, yet he is outrageously laissez-faire about the pandemonium he creates, hopping on “top secret” flights at the drop of a hat, flashing his pistols without a care in the world, ducking his mates-cum-minders (Alex Magic Mike Pettyfer and Johnny Knoxville) and utterly determined to be made a “Federal Agent-at-large” – he’s a law unto himself! 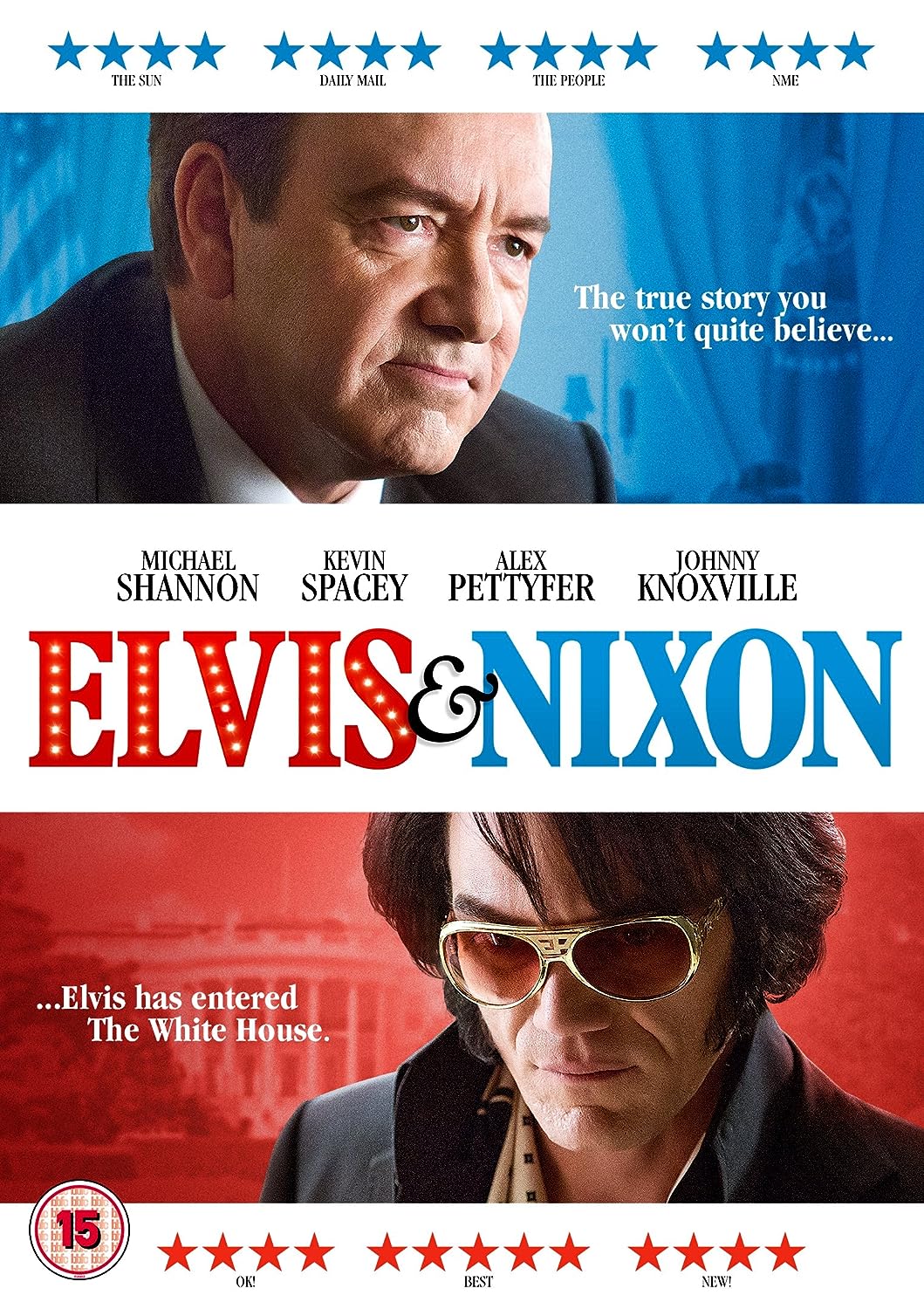 The surreal absurdity of the whole scenario is recognised but never lampooned, while the strength of the A-list performances make Elvis & Nixon a fun if insubstantial watch. It spends longer on the build-up than the titular face-to-face itself, but while it’s running you’ll have a constant grin on your chops.