ELF OFF THE SHELF

Having recently rewatched – and thoroughly enjoyed – the 2003 Will Ferrell film, I put on Buddy’s Musical Christmas expecting a sequel adventure, albeit it in a condensed, more kid-ified medium. Imagine my surprise when it quickly became apparent that this 2014 stop-motion animated TV special is not a follow-up to Jon The Jungle Book Favreau’s festive comedy but a felt-flavoured repurposing.

But even this summary isn’t the whole truth, because as the subtitle of this Warner Bros. Animation infers, Elf 2014 incorporates a trove of songs into elf-raised human Buddy’s (Jim Parsons) journey from the North Pole to New York in search of his biological father, Walter (Mark “Luke Skywalker” Hamill). These songs are not the well-trodden Christmas classics of olde, but they are also not strictly original, as they originated in the 2010 Elf Broadway stage show, which came to the UK last winter.

So Buddy’s Musical Christmas is the third retelling of the same story in the space of 11 years. Overkill? Possibly. Despite retro-fitting some elements of the screenplay (reprising his role from the film, Ed Asner’s Santa now narrates, disposing of the need for Papa Elf) and abridging the plot (Walter’s publishing boss and Peter Dinklage’s author-for-hire are streamlined into one diminutive grump; girlfriend Jovie’s role is reduced), a lot of the lines and gags are lifted straight from the big screen. If you enjoyed seeing Will Ferrell get bumped by cars, you are in for a “treat” as this gag is repeated to excess.

But this doesn’t mean Elf v3.0 isn’t completely without purpose. The goofy, cartoonified characters are full of charm and emotion, with the (almost completely) new voice cast embodying their caricatured models with real bounce (listen out for Gilbert Gottfried’s instantly-recognisable squawks). I’ve read other reviews complain that condensing the plot rushes things too quickly, but I thought the zippy pace suited the buoyant style well. 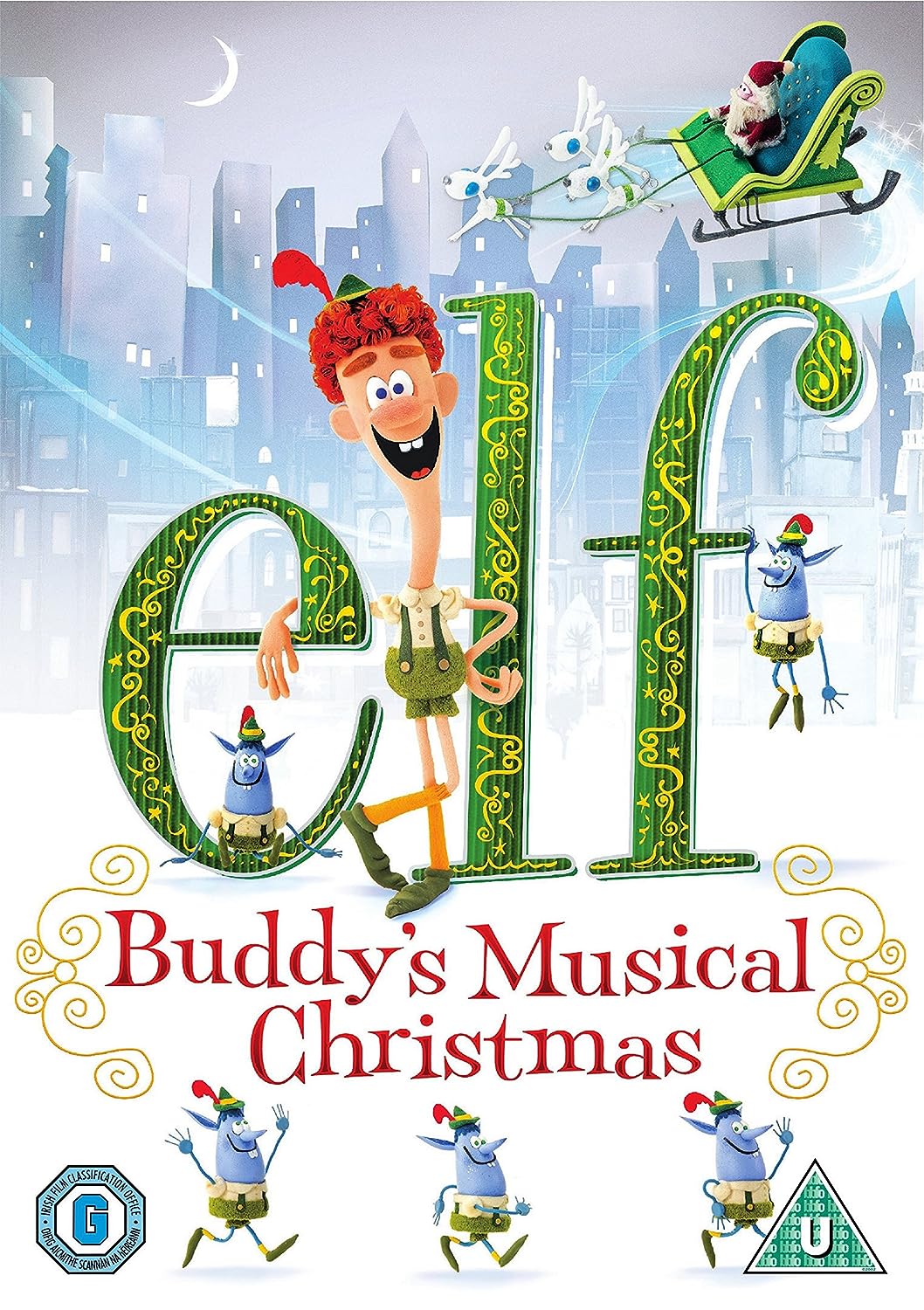 The design work is also exhaustively detailed (all the non-speaking characters are blue, for instance), rewarding those who pay attention, while the limitless potential of the playful medium lends itself well to the musical numbers, with directors Mark Caballero and Seamus Walsh going to town with liberating music video-esque effects. Buddy’s Musical Christmas may be too familiar to be indispensable, but it’s a cute ‘n’ cosy quick winter warmer which is full of heart, humour and enough Christmas spirit to power a flying sleigh.