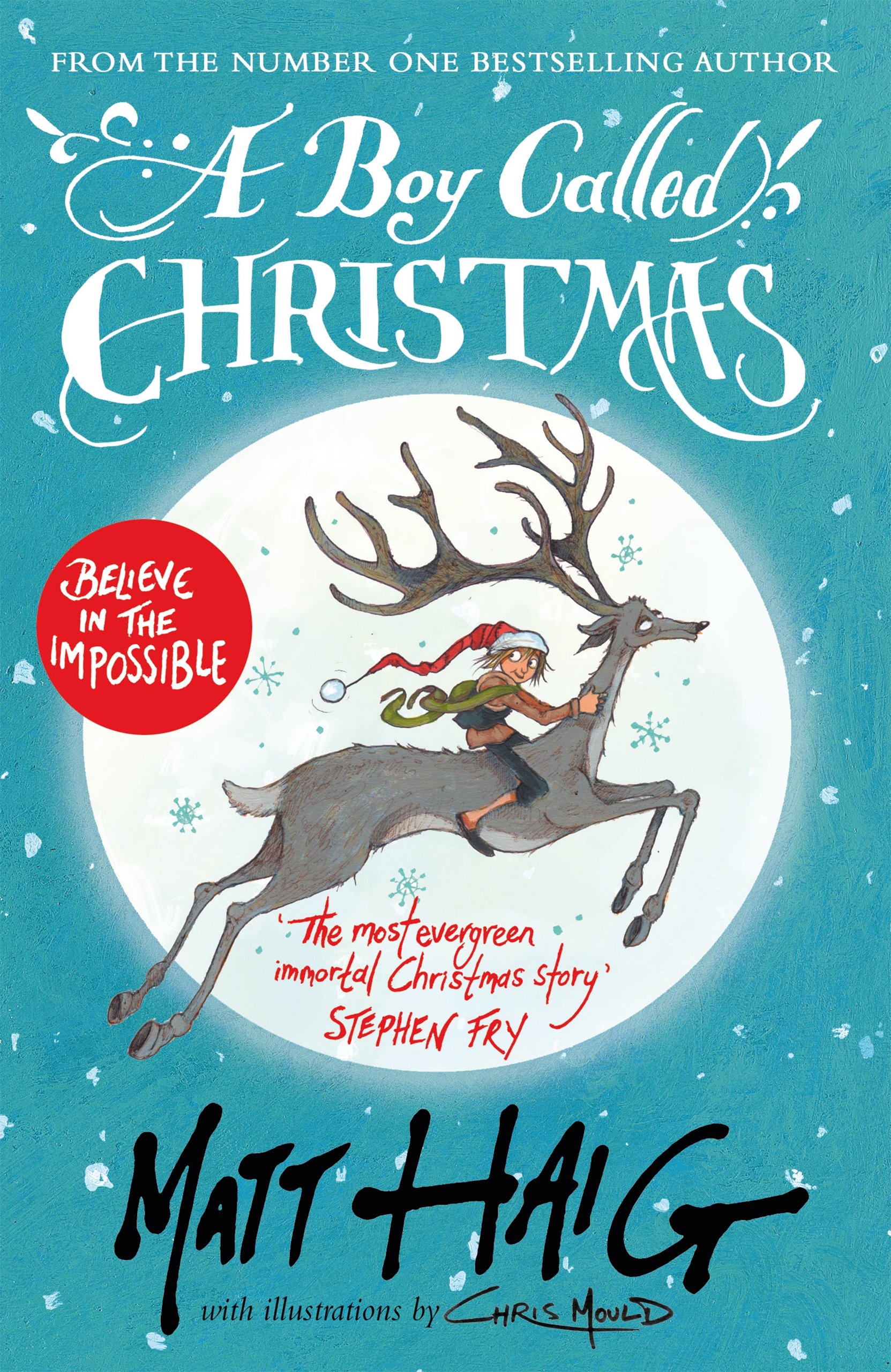 While I openly appreciate that I am far beyond the target demographic for this Primary school-skewed prequel detailing how a lonely and underprivileged woodcutter’s son grew up into the magical gift-giving, mince pie-munching Father of the festive season, I was on the lookout for an easy Christmas read to get me in the spirit. This much-applauded “future Classic” (as broadcaster-cum-novelist Simon Mayo hailed it) from the Number One Bestselling author of The Runaway Troll sounded like the perfect pick.

“This book is full of impossible things.”

In Boy we see 11-year-old Nikolas’ blossoming relationship with the mythical community of Elves, his growing belief in magic (and how he utilizes it to increase the girth of chimney stalks), his kinship with reindeers, the reason behind his choice of flying vehicle and why he so loves his white-rimmed red hat. Bursting with references, Matt Haig’s quirky spin on established folklore is certainly never short of ideas.

Alas, despite being festooned with Chris Mould’s bubbly and sketchy black and white hand drawn illustrations throughout, the pace of the quirky story feels uneven, with 90% taking place while Nikolas is still a wee lad, before it belatedly zips forward first a decade, and then four in the last couple of chapters. But rather than acting merely as status quo confirming epilogues, Haig still packs in a sleigh-load of additional details dangerously late in the day (explosion loving pixies making crackers; “grow a beard!”; gift giving). This leaves the story feeling like it is rushing to validate itself.

Despite some devilishly dark and cathartic emotional underpinning which Roald Dahl would have been proud of, the tone is never anything less than merry and bright (which is to Boy’s effervescing favour), but things just feel a little forced and contrived, merely to add in familiar nods (chocolate coins, hanging stockings, oranges). Meanwhile, other seasonal mainstays (such as Christmas trees) are completely absent and certain opportunities scuppered.

Nippers will be utterly spellbound by the cheeky chortles and fantastical elements, but for me A Boy Named Christmas was a little too messy and not shrewd enough with its wit, lacking that astutely clever edge which would elevate a perfectly charming story of goodwill from grin-worthy to ingenious age-ranging defying classic with repeat-read potential. Gosh, I sound like a right miserly old Scrooge, don’t I?!