CATWALK ON THE WILD SIDE

With youth and beauty on her side, innocent orphan Jesse (Elle Fanning) makes waves on the LA fashion scene, ruffling feathers amongst her old – and less natural – contemporaries. But underneath their flawless skin, stick-thin frames and bitchy attitudes the perfection-hungry models are hiding a more insidious secret which could spell danger for the waif-like “deer in headlights.”

Dazzling in sharp, illuminating aesthetics and contemporary in club banging musicality (courtesy of Cliff Martinez’s trippy electro score), Nicolas Winding Refn’s elegant fashion frightener is as visceral as it is visually potent, peopled by all manner of hideous undesirables who all confirm the age old maxim that beauty really is only skin deep.

Unafraid to linger long on even the most uncomfortable scenario, the Drive director is unshakably assured in delving deep into the dark and shady underbelly of this vain and shallow culture, yet it is exactly this indulgence in excess which quickly frustrated me and I began to lose patience with The Neon Demon long before the bloodletting began.

I admired the unusual and brave decision to run the film longer than the lead protagonist sticks around, but for all of its other quirky, Hollywood-skewing flairs I found the much-praised horror-thriller to be a thoroughly distancing affair. Undoubtedly intriguing in concept but ultimately too flamboyant and illogically surreal (in the manner of a David Lynch headscratcher) to hold my attention. 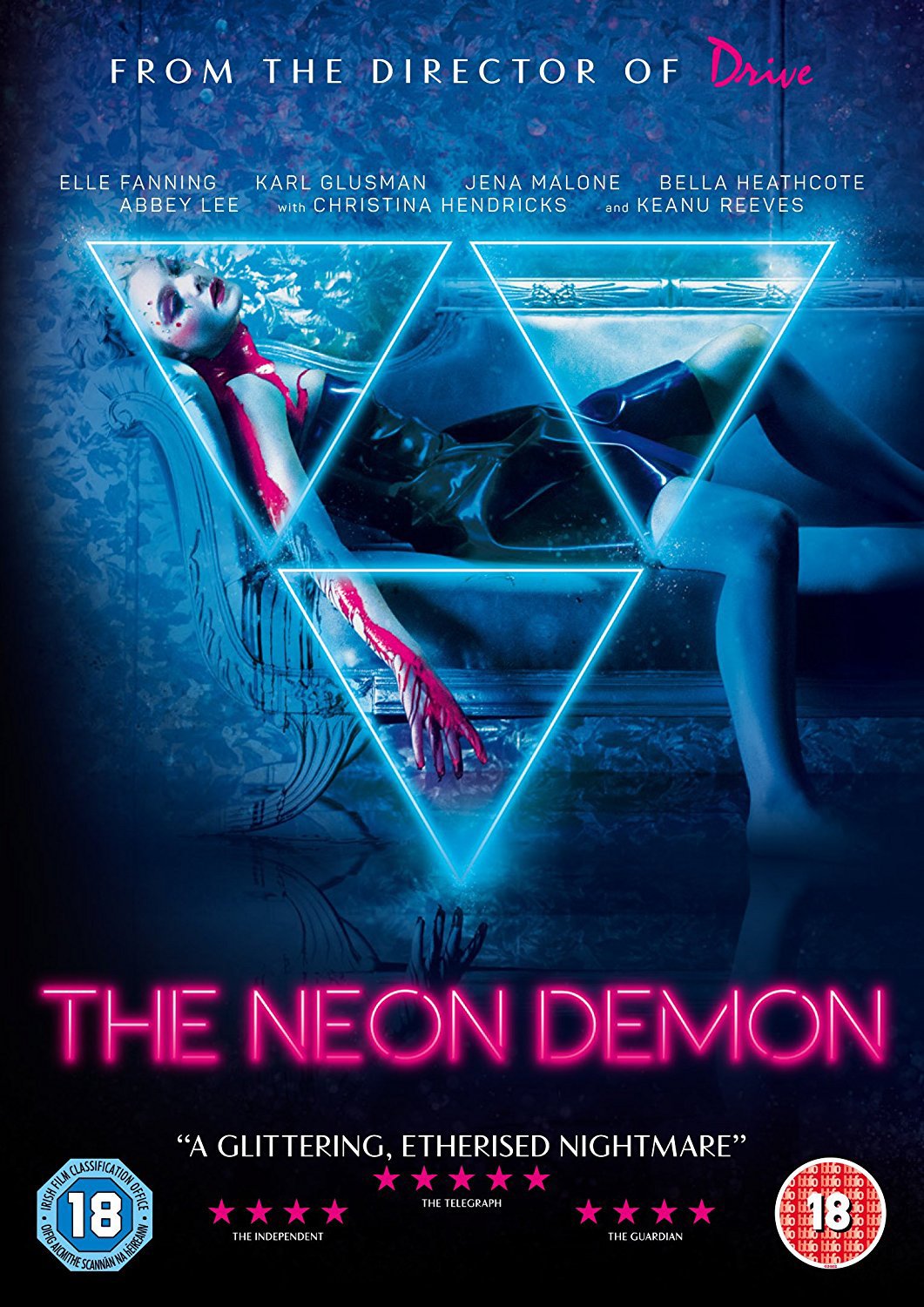 All bluster and bite but little more besides, I was majorly pumped to see NWR’s cult curio on home release after missing The Neon Demon on its sparse UK cinema release earlier this year. Disappointingly I was left cold by its excruciating art house-pandering over-stylisation and drip-feed execution. Shame.

One thought on “The Neon Demon (DVD Review)”