CULT ENCOUNTERS OF THE ABSURD KIND

Sometimes critically commended films can disappoint you on a personal level. Sometimes even films which, on paper, sound exactly like something you typically adore, can leave you cold. Sadly, rising director Jeff Nichol’s sullen sci-fi drama (and his breakout studio hit following the indie success of 2012’s Matthew McConaughey-led Mud) manages the dubious honour of a double-whammy for me.

Following desperate parents Roy (Michael Elvis & Nixon Shannon), Sarah (Kirsten Dunst) and friend-cum-bodyguard Lucas (Joel Black Mass Edgerton) as they are chased across the US with cult leaders, law enforcement and Special Agent Paul Sevier (Adam The Force Awakens Driver) on their tail, Midnight Special sees them anxious to protect their “uniquely gifted” young son, Alton (Jaeden Lieberher), from those factions who want to use and manipulate his irrepressible supernatural abilities.

Allusions can easily be drawn between this and Steven Spielberg’s E.T., albeit with Nichols substituting the warmth and charm of the iconic helmer’s 1982 alien-on-the-run classic for a cold, po-faced earnestness. Perhaps I’m being inhospitably critical as Midnight Special is never dire or unwatchable, but its concept is purposefully sketchy and for long stretches it is sombre and straight-laced. Only occasionally is it attention-grabbing, usually whenever Alton’s gifts come into play. 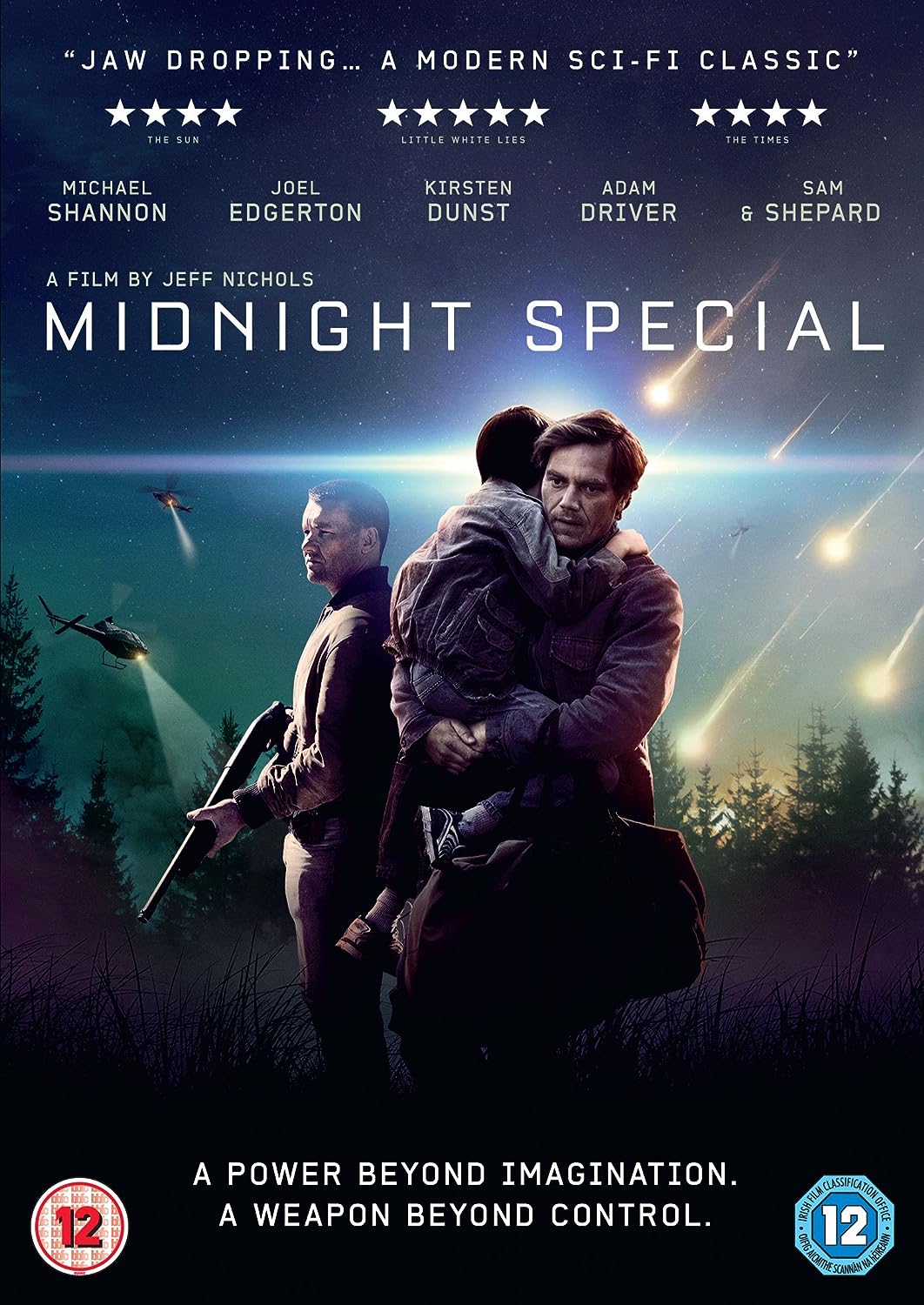 A meteor shower descending upon a gas station remains a striking stand out, while the denouement – while unquestionably grand in ambition and stupendous in visual scale – asks more questions than it answers, frustrating when it should be illuminating. Nichols career is clearly on an upward trajectory, but for me he is reaching for altitudes he is yet to ascend to.