Summer, 1935. With her husband away in Hong Kong, Mrs Walker (Macdonald) takes her children on holiday to the Lake District, where the outdoorsy brood pitch tents, whittle wood, learn to swim and sail a dinghy named “Swallow” to what they believe to be an undiscovered island. Camping out on what they have christened “Walker Island” they find themselves in a territorial dispute with a pair of “Amazons” (also known as the Blackett sisters) and saving the roguish “Captain Flint” (Spall, playing the Blackett’s tricksy boat-dwelling uncle) from a pair of Russian spies.

Expanding on Ransome’s 1930 prose to incorporate the pre-war context of double agents and secret codes (purportedly inspired by Ransome’s own life) adds a frission of real-world danger to the Swallows’ intrepid pirate adventure, without diminishing the nostalgic charm crucial to this ripping old fashioned yarn. 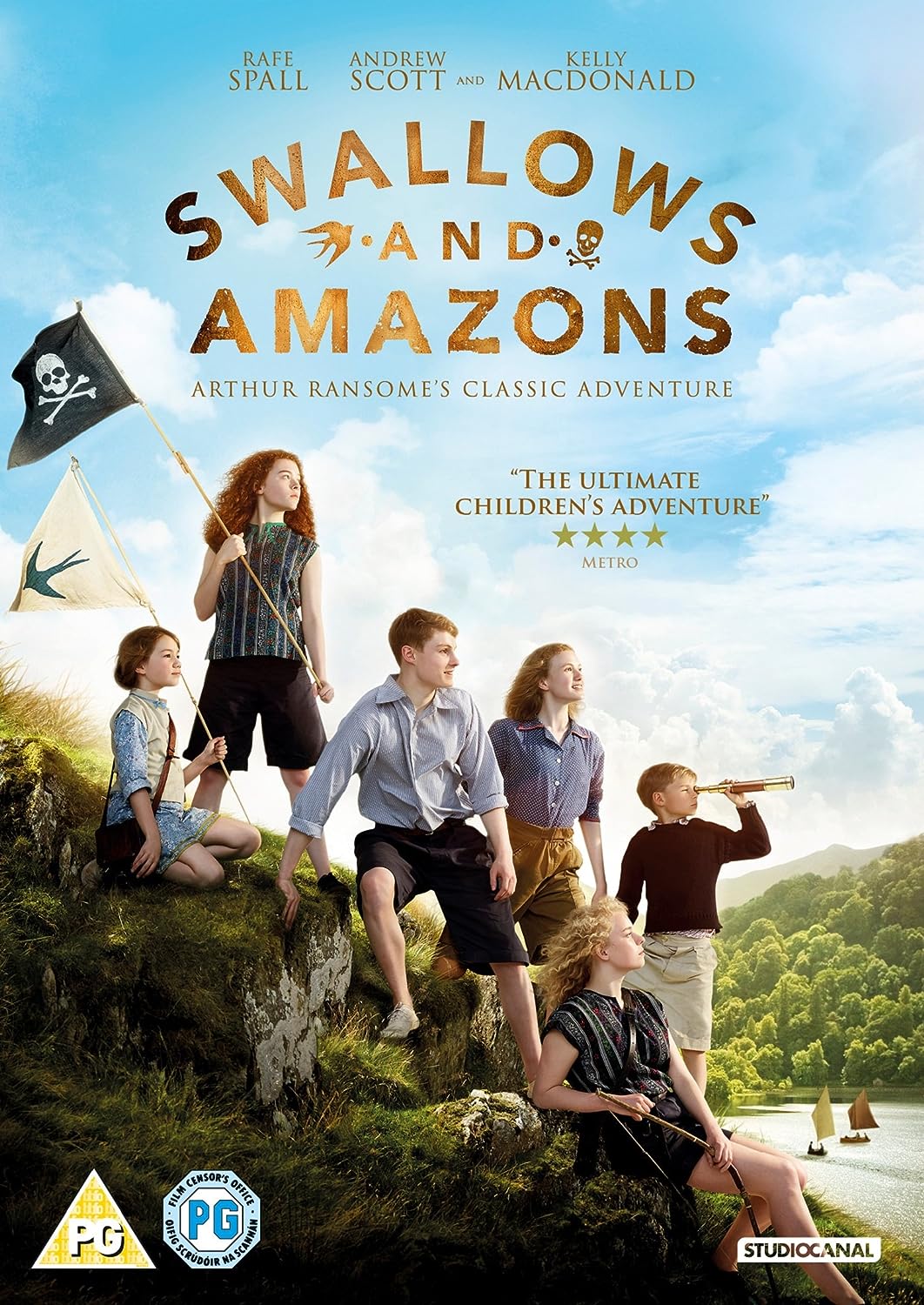 One of the children comments hilariously upon glimpsing the pan-fried fish they have just gutted for dinner. Playful, optimistic and bursting with earthy, rural adventure, Swallows and Amazons 2016 is a joyfully timeless delight which will hopefully prove to be a real inspiration to the Playstation generation too square-eyed to look beyond their bedroom door. Ransome would be proud, this first class adaptation is certainly no “duffer!”

One thought on “Swallows and Amazons (DVD Review)”