ARMS AND THE DUDES

It is 2005 and the War in Iraq is ongoing. Struggling to support his girlfriend (Knock Knock’s Ana de Armas) and incoming new addition, 20-something Miami Beach masseur David Packouz (Allegiant’s Miles Teller) is persuaded into the morally murky waters of online international arms dealing when he reconnects with old childhood friend Efraim Diveroli (Sausage Party’s Jonah Hill) at a hometown funeral.

But as the lure of big bucks takes the unlikely capitalists from armchair “bottom feeders” into gunrunning in the firing line of actual war zones, cracks begin to appear, both in their friendship and in the questionable legality of receiving a US Army contract to supply munitions for the Afghan National Army worth $300 million.

Loosely based on an incredible true story and subsequent Rolling Stone article by Guy Lawson (with a title card during the end credits disclosing some scenes were embellished for dramatic purposes), War Dogs is not the out-and-out comedy most were probably expecting from the director of The Hangover trilogy, Todd Phillips.

While there is a quirky offbeat feel courtesy of the chaptered structure, tongue-in-cheek banter between the buds and a supporting role for Bradley Burnt Cooper (as a terrorist watch-listed entrepreneurial kingpin!), this crazy tale does take some dark and ugly turns. Backstabbing, betrayal, kidnapping and murder are par for the multi-million-dollar course. 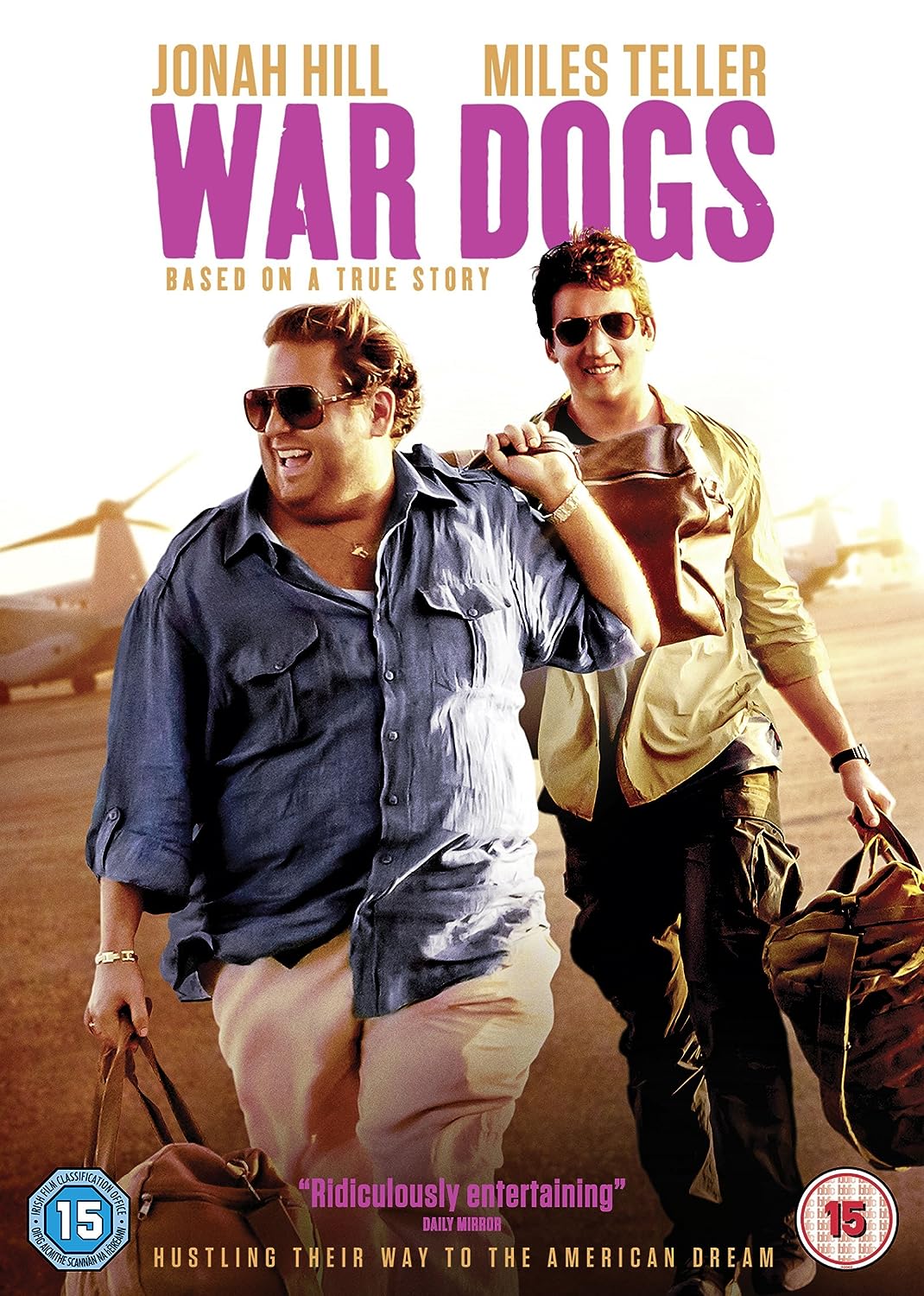 While Teller’s narrator and eyes-for-the-audience Packouz is presented as a likeable, down-to-earth cohort pulled along in his mouthy friend’s slipstream, I’m struggling to think of a role which has made me despise Hill quite so vehemently. Obnoxious, slimy and with a laugh which grated my nerves, the rotund funnyman really sells himself as super-bad douchebag Diveroli, who by the 2008 close of play I was really hoping was going to get his just deserts.