“It seems reports of your demise have been greatly exaggerated…”

A sequel no-one asked for to a remake everyone bar the biggest Jason Statham fans had forgotten about, Mechanic: Resurrection somehow managed to outgross its 2011 predecessor and more than triple its $40million budget when it landed at the box office last August. The Stath’s endearing mug no doubt managed to persuade both action-mad lads and charmed lasses alike into multiplexes, but this follow-up to Simon West’s Charles Brosnan re-do is surprisingly heavyweight in the casting department.

While Jessica Alba gets a fair amount of screen time as love interest-turned-leverage Gina Thorne, film legends Michelle Yeoh and Tommy Lee Jones settle for little more than glorified cameos in what is essentially “retired” bounty hunter Arthur Bishop’s (Stath) world tour. Pulled back into the hitman business by a revenge-fuelled blast from the past (Sam Grimsby Hazeldine), Rio-living Bishop must travel to locales lush and exotic to take out three targets, or giggly and sweet orphan-carer Gina will be killed.

German director Dennis Gansel’s first Hollywood gig is a sure-footed affair, wasting no time in rolling up its sleeves for a super-violent scrap (grill-to-face!) and laughably improbable stunt-tastic Bond-riffing escape (handglider leap) before the title sequence. But for all its glossy execution and gorgeously eye-popping scenery, Resurrection is a by-the-numbers B-movie beat ‘em up with blockbuster aspirations. 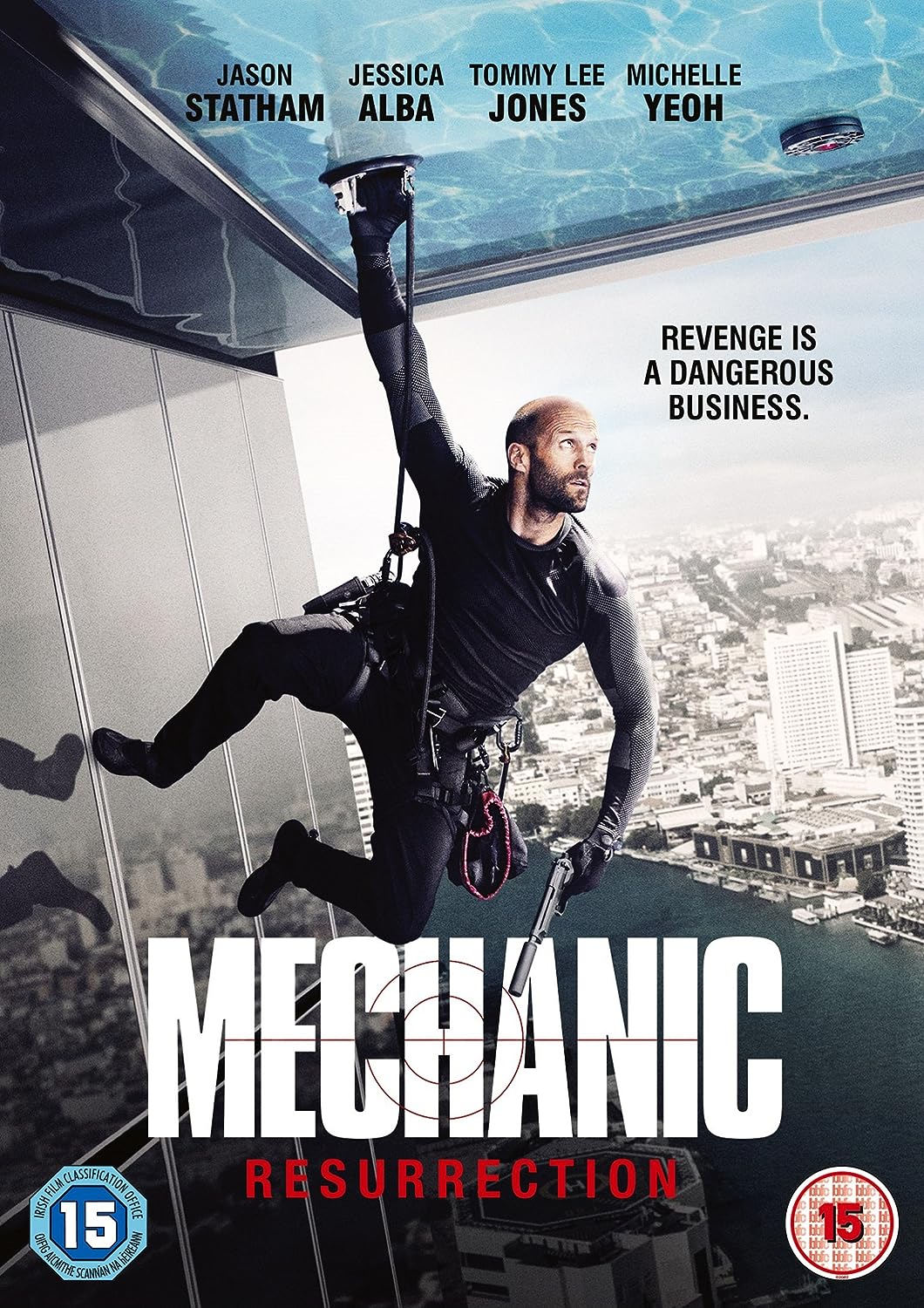 As a skilled assassin, Statham’s titular Mechanic seems to have scuba suits and suction cups in his “toolbox,” taking out the bad guys with ease and making their deaths look accidental. The skyscraper-scaling central set piece which adorns every promotional poster and DVD cover plays out like a Mission: Impossible stunt, while character names aside, there is little on show here to explain why the cockney Expendables muscleman chose this franchise over Transporter threequel, Refuelled.