Hollywood golden boy Shia Transformers LaBeouf edged his way out of mainstream blockbusters and towards more edgy, indie fare with this trippy and über-violent coming of age romantic drama from debuting director Fredrik Bond, enticing a number of well-known faces along for the Euro joyride.

Sadly, all of these unpleasant individuals gravitate around the girl Charlie perceives to be the love of his life: beguiling cellist Gabi (Evan Rachel Wood), who has lived a mottled existence and fallen in with the wrong crowd. So begins a madcap, purportedly life-affirming adventure full of hallucinations, shady underground parties and danger, none of which paints the Romanian capital – or its law enforcement system – in a very attractive light.

Inspired on his off-the-cuff vision quest, the location-hopping first half of Necessary Death perfectly encapsulates the gap year mentality of a lost soul experiencing life in all its shades. Scatty, random and freeing, there is a gleeful naivety to Charlie’s drunken philosophising (“It’s problems who make us who we are, give us character”) and when Shia smiles, it feels surprising genuine. 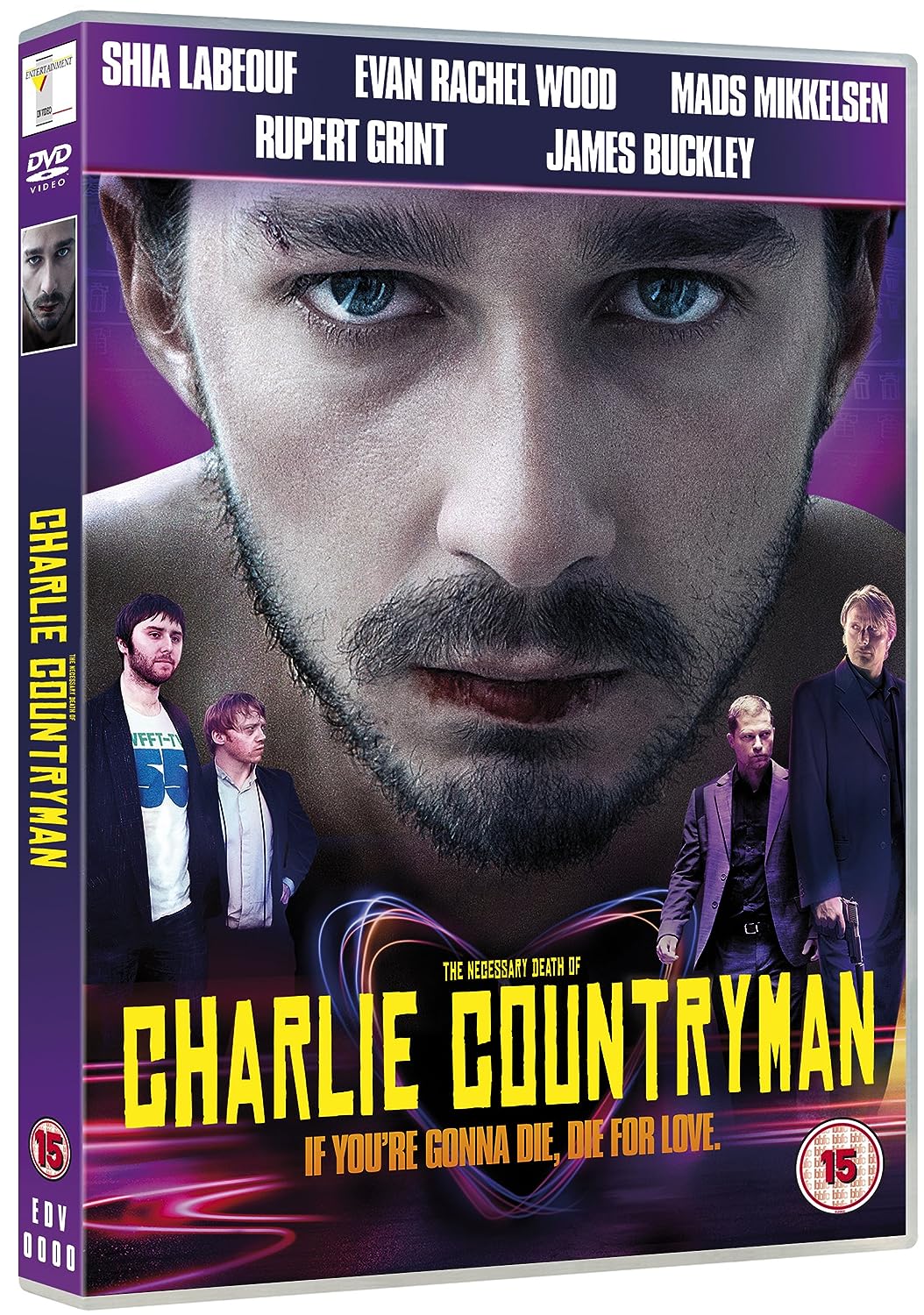 An unquestionably game Mads Mikkelsen is so vile as Gabi’s shifty ex that Nigel makes Hannibal Lecter look like a teddy bear, and I seriously cannot perceive why Charlie was so determined to hang around such intimidating company. Was Gabi really worth the numerous attempts on his life?! Should have gone to Budapest, Mr Countryman.

One thought on “The Necessary Death of Charlie Countryman (DVD Review)”