REVENGE OF THE SCORNED

When cops discover the half-buried but otherwise perfectly-preserved corpse of an unidentified young woman (Olwen Kelly) at the scene of a gruesome homicide, they immediately farm the pale, glassy-eyed cadaver out to father and son coroners Tommy (Brian Cox) and Austin Tilden (Emile Hirsh) for a late-night autopsy to determine a cause of death.

But as a violent storm rages outside cutting the hard-working pair off from the outside world, the mystery surrounding “Jane Doe” grows ever-deeper and more surreal the deeper they cut and saw into her logic-defying frame… 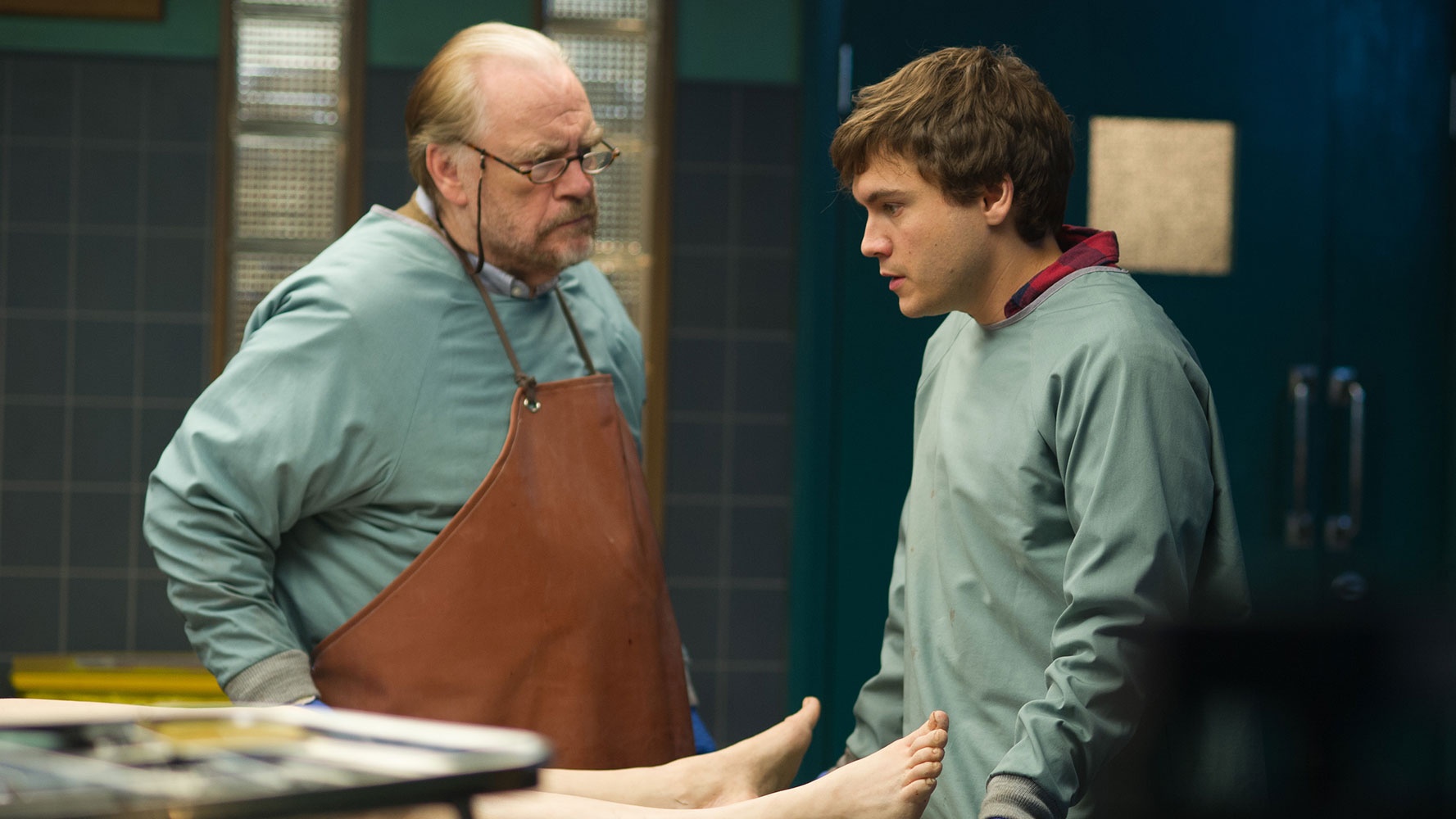 Those of a particularly weak constitution beware: the surgical injury in Autopsy is intense, visceral and flat-out stomach-churning. Øvredal films it all unflinchingly with a car crash mentality. The slow burn disquiet which surrounds the secluded underground operation is ramped up to all-out-terror the minute the bone saw does its duty.

I could quibble that as the elevated phenomena racks up the scare quota, genre enthusiasts could easily fill up a checklist of filmic conventions with ticks. From faces appearing through doors left ajar, to tension-alleviating moments of misdirection, from mysterious silhouettes lingering in mirrors to radios channel-hopping all by themselves at the most inopportune moments, Autopsy doesn’t skimp on its diverse range of jump scares. There’s even a scene in which Tommy and Austin are hunted through a vision-disorienting mist – despite the film being set entirely inside!

But it seems mean-spirited and detrimental to downgrade a horror when it tries so hard to disturb, and disturb this certainly does. Regardless of how clichéd the conventions, en masse they stitch together seamlessly into a sharp, smart and successful creep show. After all, as The Autopsy of Jane Doe illustrates, no good will come from persecuting the innocent…