BUILDING UP THE BRAND

Phil Lord and Christopher Miller constructed franchise brick-starting gold in 2014 with the riotously hilarious Lego Movie, ably balancing razor-sharp humour, resonating heart, zippy action and a rainbow colour palette to make one of the funniest and most heat-warming cinema experiences I have had in a long time.

While the in-demand directing duo is busy forging Han Solo’s back story for 2018’s next Star Wars Story and only staying on in the capacity of producers, they have left the keys to the toy chest in the hands of a team of FIVE writers, including story-sculptor Seth Pride and Prejudice and Zombies Grahame-Smith. Too many cooks usually equate to a spoilt broth, but this playground thrives from the combined creative juices of this fun-loving quintet.

A spin-off of sorts, The LEGO Batman Movie puts Will “The Falcon” Arnett’s gravel-voiced caped crusader front and centre for an epic 3D CGI showdown with this ultimate adversary, The Joker (Zach Galifianakis). But with “Jokes” recruiting an army of Batman’s former foes to aid him in taking over Gotham City, can the Dark Knight overcome his crippling orphan anxieties to work as part of a team? Michael A Very Murray Christmas Cera is perfectly cast as the doe-eyed, restless boy wonder, Dick Grayson, with Ralph Kubo and the Two Strings Fiennes is an expert in delivering calm pomposity as tireless manservant Alfred.

Incorporating a slew of nifty nods and wicked winks to the repeatedly rebooted comic-book crimefighter, as well as a wealth of other famous franchises (Sauron’s eye, Gremlins, the Daleks, He-Who-Should-Not-Be-Named, King Kong, Jaws, “Iron Man Sucks”) and pop culture in general, fans will lap up the encyclopaedic knowledge of the Bat-brand (though maybe less-so a number of tongue-in-cheek digs at Tom Hardy’s Bane from The Dark Knight Rises), kids will be entranced by the hyperactive pace, while parents and adults will have a blast with the playfully irreverent tone. 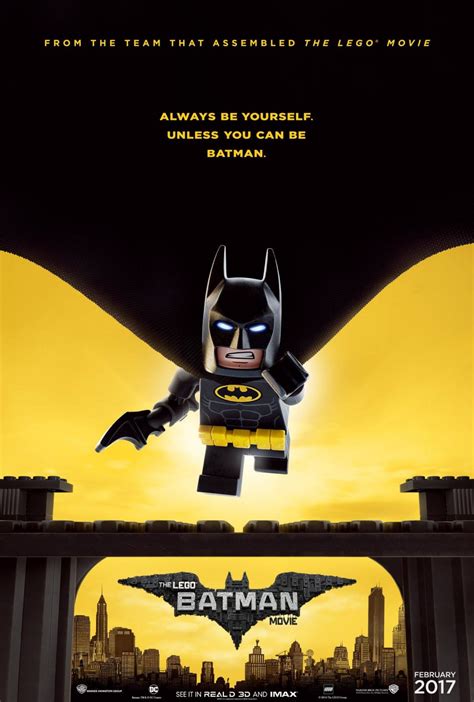 My personal highlight? Name checks to two of my musical idols – Michael Jackson and 1989’s Batman soundtrack composer Prince – within the first five minutes! One of the King of Pop’s biggest hits (and my favourite song of all time) is worked remarkably well into the film’s overarching message of growth and self-improvement. Powerful and poignant stuff, which never failed to raise a grin on this CR@B’s chops.