In the sub-genre of shark movies, Steven Spielberg set the bar impossibly high in 1978. So high that each successive Jaws sequel was weaker and more ludicrous than the last – and I would know having recently started a franchise re-watch with last year’s blu-ray release (see my reviews of Jaws 2 and Jaws 3-D. The Revenge coming soon). Sure, in the decades since many have tried to match the terrifying highs of the paragon; Deep Blue Sea was dispensable fun, Open Water had naturalistic flair, Sharknado threw out the rulebook, but every time a new pretender to the throne steps up to the shore, your mind instantly compares it to Jaws.

So why do filmmakers still bother? Does the honour of being crowned “the best shark movie since Jaws” hold such allure? If it does, Orphan director Jaume Collet-Serra is the current sovereign for last year’s hit survivalist thriller The Shallows. With a diminutive runtime and even smaller cast (for long stretches it’s just Blake Lively versus a great white), I feared there wouldn’t be enough meat on this underdog’s bones to challenge the mighty “Bruce,” but The Shallows thrives off of its confines, bringing an astounding versatility of shots, scenes and dazzling colours to its one-woman-and-her-shark show.

Gossip Girl Lively plays med student Nancy, who is travelling through Mexico in pilgrimage to her late mother. Discovering the “secret beach” where her mother surfed before becoming pregnant in 1991, Nancy packs her board and zips up her skimpy wet suit despite being let down by her hungover friend back at the hotel. The tropical locales are stunning, and Nancy is happy in her solitude, until a bloodied whale carcass reveals she has invaded the feeding ground of a possessive finned menace.

Despite being a mere 200 yards from shore, Nancy is stranded on a rocky outcrop with only a damage-winged gull (who she amusingly nicknames “Steven Seagull”) for company. Survival requires a real test of determination and resourcefulness as the great white cuts off all of Nancy’s means of escaping this deadly secluded paradise.

The sea-faring antagonist is a really nasty, scar-covered brute whose appetite never seems sated, no matter how many potential-rescuers it gobbles up while circling our ingenious-but-desperate heroine. You aren’t granted an excess of opportunities to marvel at it, but when you do glimpse the sharp-toothed, beady-eyed hunter it is awe-inspiring in its viciousness. Yes, a couple of shots do look a little too computer-animated, but on the whole this sea-beast means business. 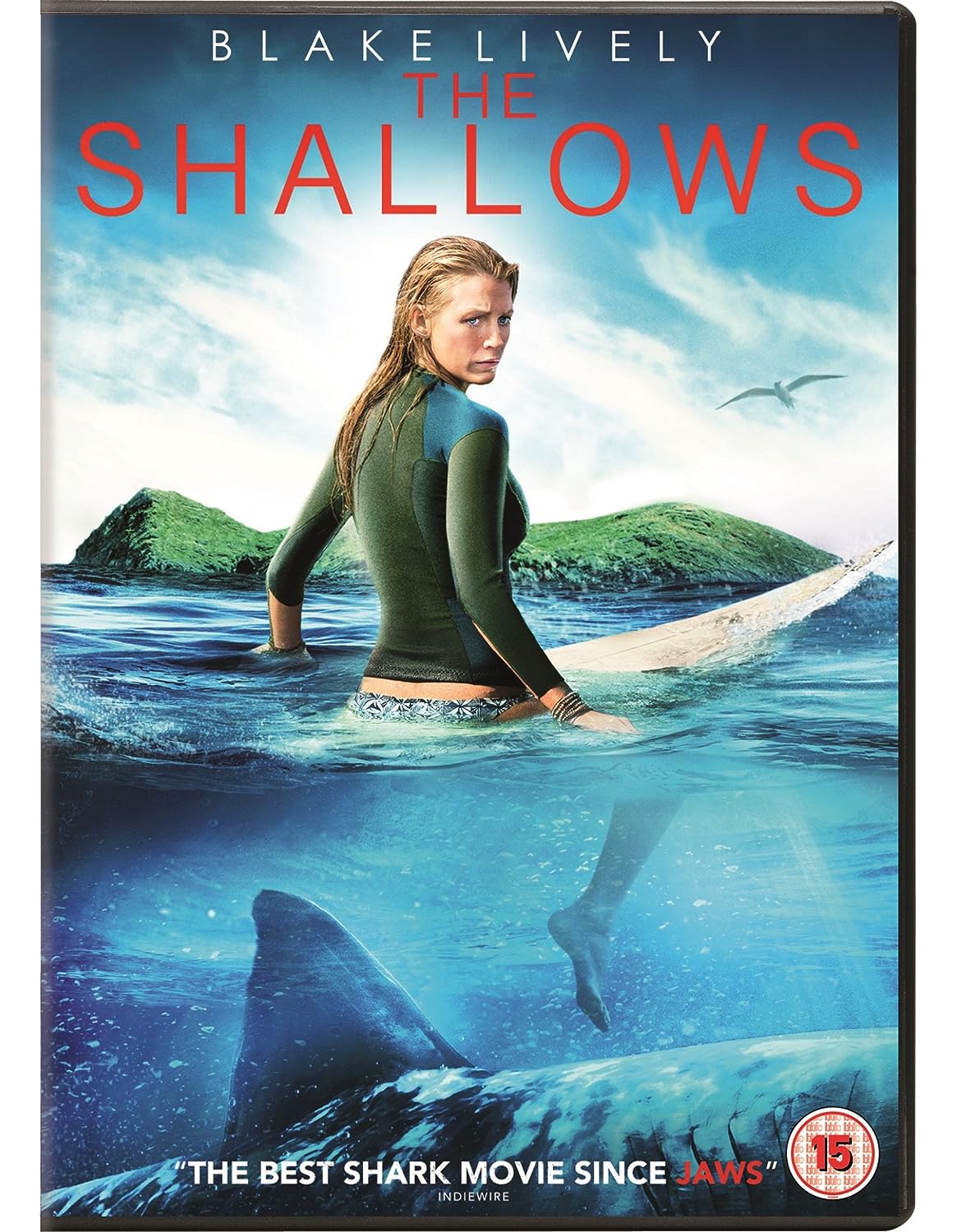 Nancy’s quick-thinking and on-the-fly plan forming means that any fear that The Shallows is simply a shallow excuse to linger on beauty shots of a bikini-clad Lively are quickly dismissed; this is a taut thriller which Collet-Serra directs with aplomb, constantly progressing the plot with a deft variability of devices: a rising and falling tide, a Go-pro camera, a beautiful-but-deadly jellyfish minefield… I concede that Nancy’s climatic vocal send-off to her assailant does reek of a more-vulgar riff on “Smile you son of a –” but given how inimitable the rest of the film is, I can grant it one (surely purposeful) nod to the master.

2 thoughts on “The Shallows (DVD Review)”