While a recent preparatory re-watch revealed that some of the more ambitious CG wizardry has not aged as well as the titular giant primate himself, I still get swept up in the rollicking sense of old school adventure Peter Jackson imbues his King Kong adaptation with. This character-introducing reboot – the second entry after Gareth Edwards’ 2014 opener in Legendary’s MonsterVerse – shares none of the same cast or crew with the Lord of the Rings helmer’s 2005 bum-number, but I was still excited to return to Skull Island – a lost world where monsters reign supreme.

But when their seismic charge-dropping choppers are hauled from the air by a building-sized ape (mo-capped by ace animal actor Terry Notary), Randa reveals the true nature of their mission: to prove to a sceptical world that monsters exist. ‘Lucky’ for Randa, his scientific explosions have woken some subterranean Skull Crawlers from their underworld – and they make Kong look sympathetic!

With the assistance of stranded WWII pilot Hank Marlow (Tale of Tales‘ John C. Reilly) – marooned and living with a mute native tribe for the past 28 years – the separated pockets of survivors hope to trek across the perilous jungle in the next three days in order to rendezvous with the rescue choppers on the North face of the island.

Sumptuous in exotic, immersive locales and employing some exquisitely detailed FX work from industry giants ILM, there is no denying Kong: Skull Island is consummately shot. But boy is it UGLY! Kong looks more vicious than ever before, while every oddball creature we are introduced to (giant spiders, giant mould-antlered buffalo, giant stick insects, pterodactyls, the reptilian Skull Crawlers) looks more hideous than the last. It’s as if in an effort to stand out from the crowd, this was an intentional design decision.

Disturbingly, except for Reilly’s kooky castaway, ‘ugly’ can also be used to describe the majority of the characters. Not visually, of course, but their personalities are far from endearing. Randa is a self-interested ass who craves acclaim over the safety of his team, while Packard descends from shell-shocked and cranky to flat-out unlikeable as he is fuelled by an antagonistic sense of revenge. The rest of the ensemble fail to stand out despite a concerted effort to muddy the narrative with personality-teasing character details. Marlow and Conrad may be the most bland ‘leading couple’ in recent blockbuster history.

Peter Jackson may have been a little excessive when playing with the iconic beast 12 years ago, but here director Jordan Vogt-Roberts – in, remarkably, only his third feature – feels like he constructs a lot of the shots because he thinks they’ll make kick-ass desktop wallpapers. The crow-barring of a plethora of popular 70s rock anthems get tired very quickly, a la Suicide Squad, and feels almost as contrived as the rustic, intense tone, which is typified by multiple close-ups of scowling eyes! 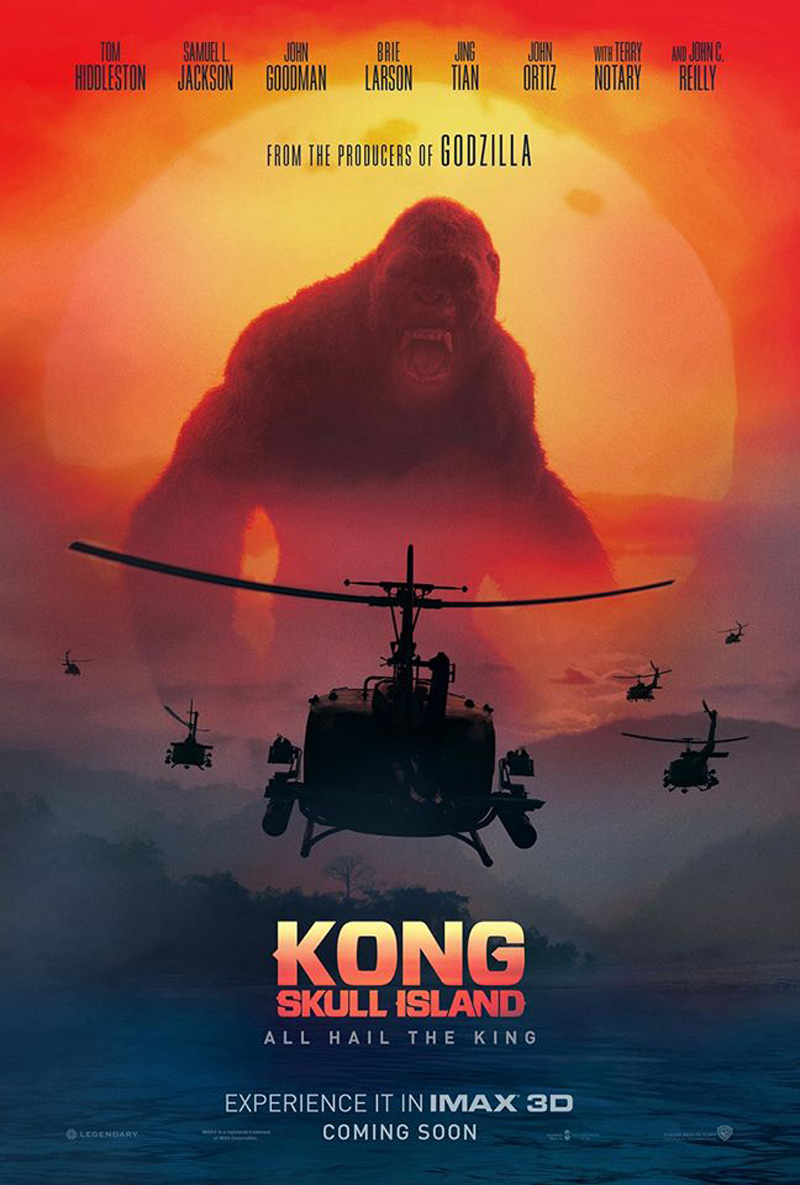 Don’t misunderstand my frustration; this is far from poorly made pap, however Kong: Skull Island did repeatedly let me down as it ticked its way through the ‘Good Filmmakers’’ handbook. If you can wave away its stagey and procedural methodology then you might find it more entertaining than I did, but for me this is a four-star production scuppered by a lowly two-stars in the fun department. I was hoping for more than an average three-star experience from the King of the Apes, and can only hope that his upcoming showdown against Godzilla dramatically ups the ante.