“Ten years, thirty countries: nobody figured us out… we couldn’t even last a week in suburbia!”

But the too-good-to-be-true “Joneses” are hiding an immense secret: they are undercover agents investigating employees at HR office bod Jeff’s firm, MBi, one of whom is selling computer microchips on the black market to a buyer known as “The Scorpion.” After befriending the Gaffney’s, will Tim and Natalie be able to interrogate and double cross a couple of suburbanites they like so much, or will their plan fail before they’ve even narrowed down the suspect list?

When all cards are on the table, all four may learn a lot from one another (and about themselves) as they team up to utilise their individual talents, uncover the MBi mole and flush out “The Scorpion”. Despite an analogous concept to 2005’s Jolie/Pitt vehicle Mr & Mrs Smith, Michael LeSieur’s peppy script nullifies the darker elements of the covert profession to play up the fish out of water yucks. 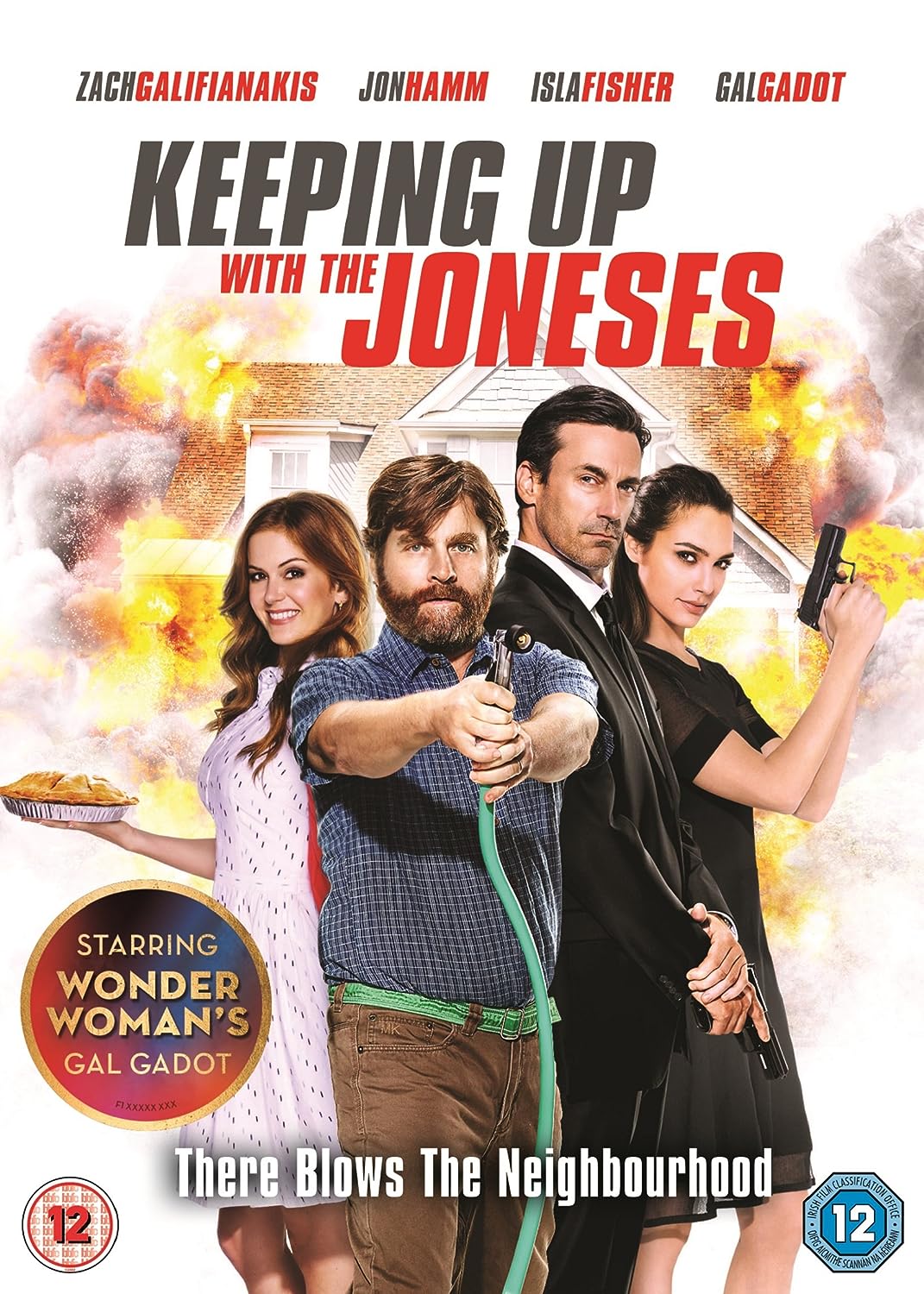 With a support cast filled with comedic heavy hitters including Matt Into The Storm Walsh and Patton Oswalt, Keeping Up with The Jones is bright and bombastic entertainment from director Superbad Greg Mottola. It’s unlikely to have the staying power of Doug Liman’s action-comedy (already 12 years old!), but its chucklesome, frenetic and diverting enough.

2 thoughts on “Keeping Up with the Joneses (DVD Review)”