The adulation and admiration accumulated by Hacksaw Ridge both upon its theatrical release and during awards season cemented Mel Gibson’s credentials as a bona fide director de force – in spite of a ten-year gap since Apocalytpo. But however brave and bold he feels in pushing his creative boundaries behind the camera, I can’t help but feel like “Mad Mel” is playing it safe in front of the lens…

Released quietly – and scantly – into cinemas last October, you would be forgiven for thinking Blood Father is a paltry direct-to-DVD offering of Precious Cargo proportions. Proclaiming Gibson as the only star worthy of having his name on the cover and featuring the controversial loud mouth shooting a pistol while wearing a muscle shirt, the marketing bods hardly went out of their way to make Jean-Francois Richet’s action-thriller stand out from the pack.

Which is a bit of a shame really, for while Blood Father is unlikely to blow you away (or change your opinion on the caustic Braveheart hot head), it is far from the worst of its abundant ilk and it is imbued with so many meta back references, in-jokes and Easter eggs that film fans will have a field day noticing all the nods. Drinking games abound!

Sporting a horridly wiry grey beard, Gibson plays “perennial screw-up of a dad” John Link, a motorcycle outlaw who has done time in prison and is currently fighting alcoholism with the help of his sponsor and best friend, Kirby (William H. Macy). Link lives in a dusty trailer park, making ends meet as a tattoo artist and ruing the disappearance of his teenage daughter, Lydia (Erin Moriarty).

But when Lydia’s douchebag of a drug kingpin boyfriend (Diego Rogue One Luna) frames her for stealing cartel cash, leading to his being shot, terrified runaway Lydia turns to the one man who can keep her safe – her ex-con pa. Can this estranged father-and-daughter team keep the gangland wolves from the door, or will Link have to break his parole to protect his flesh and blood?

Sharing similar aspects to his self-penned Homefront from 2013, Sylvester Stallone was originally attached to both direct and star in author Peter Craig’s co-adaptation of his own novel, before Gibson came on board. As the film stands it is a lean (the credits roll on 78mins), gritty, action-heavy spectacle which bestows the virtues of strong familial bonds while having a blast shooting up the sets in a shower of bullet cases and fatalities under the New Mexico sun. Alcholic 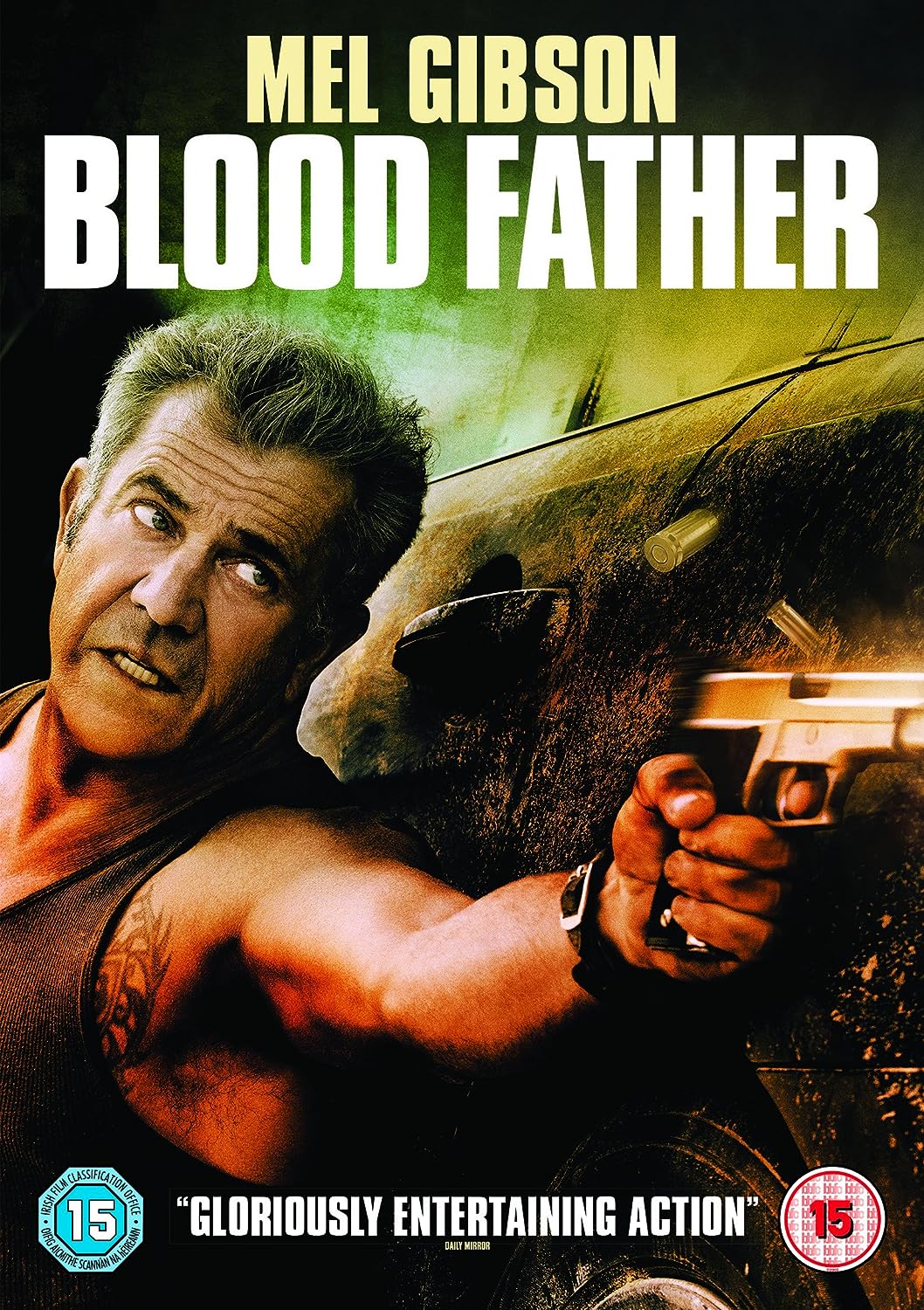 Seeing William H. Macy play a character who shares the same name as his mild-mannered kitchen salesman in Jurassic Park III roused a smile, so too the trailer park shoot-out and winks in the dialogue to Gibson’s unassailable Lethal Weapon franchise. When Lydia goes to the cinema it is to watch one of Richet’s biggest hits, the Assault on Precinct 13 remake from 2005. Evidently, he is a filmmaker with a sense of humour and I for one appreciated these cheeky Easter eggs to mix up the formula of this sturdy genre vehicle.