Free Fire is due for UK cinema release this Friday (31st March), but last night Mr Wheatley entered the final week of a 26-night preview screening tour of the country with a stop-off and post-film natter at arts picture house Cinema City in Norwich. Introduced to the audience by an unconventionally-moustachioed compère, the Sightseers filmmaker briefly began the evening – coat still on – by introducing his latest work, then went for a “walk around your city” before returning to the stage while the credits silently scrolled up the screen behind him, an hour and a half later. 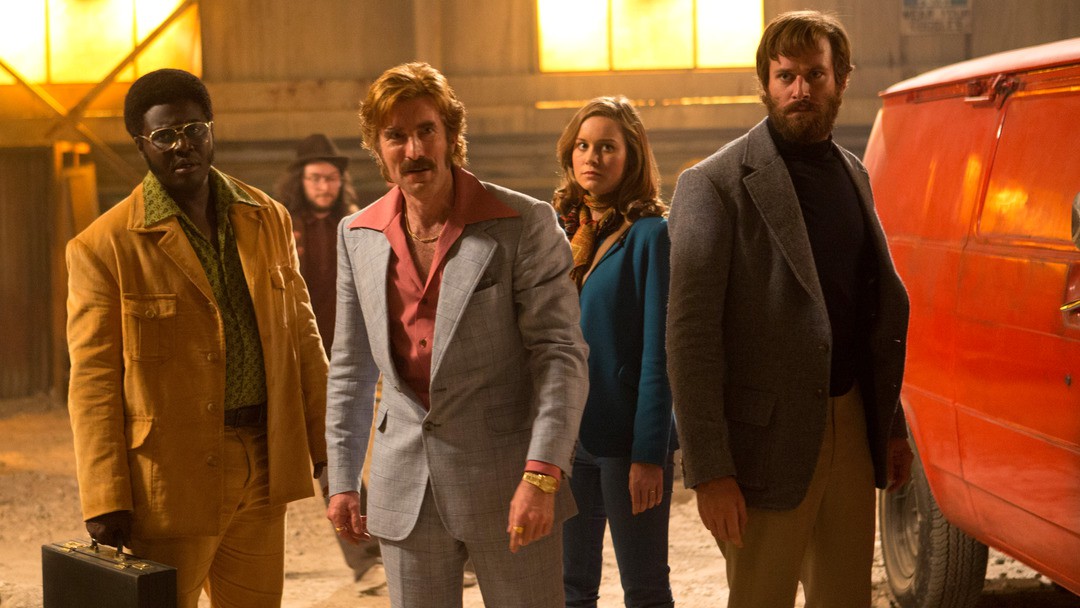 Set one evening in the 1970s and playing out in real-time, we see the rapid disintegration of the dishonest negotiations when hardware hauler Harry (Jack Reynor) recognises Irish grunt Stevo (Sam Riley) from an altercation the previous evening. Punches are thrown and bullet cases are strewn as the warehouse becomes a war-zone where even the (comparatively) innocent will be lucky to leave in one piece!

The quirkiness of the characters – particularly flamboyant eccentric Vernon – make the film what it is, often skimming the border between dramatic crime thriller and farcical comedy. The whole affair even ends on a groaner when we belatedly learn what the warehouse originally used to produce. Wheatley and long-time collaborator Amy Jump’s script is whip-smart, the action dynamic and the gore intense, often calling to mind Tarantino’s iconic Reservoir Dogs.

Given the limited location, sparse cast all hanging on to their heartbeats and a threadbare, one-note narrative arc, Free Fire does threaten to outstay its welcome and become a tad repetitive, but it works thanks to a talented and surprisingly charming cast of rogues who all look like they are having a ball scrambling through the dust and detritus – even while bleeding to death!

Ben Wheatley came across as incredibly grounded and down to earth chap; distinctly un-Hollywood, despite his skyrocketing success and escalation within the Industry (Cillian Murphy requested to work with him on this project, while Martin Scorsese executive produced after being impressed by 2011’s Kill List). Ben’s anecdotes about the making of the film, particularly the admission that he mapped out the set in Minecraft and acted out the choreography with Nerf guns(!), were a real eye opener to those (myself included) who are often guilty of over-analysing and enforcing inherent meaning to every decision, line or movement. His explanation for the eleventh-hour warehouse reveal? “It’s a gag, innit?”