Former Battlestar Galactia bombshell Katee Sackhoff headlines this Welsh indie chiller which splices urban legends with tangible domestic disquiet to conjure a relatable, thought-provoking and eerie atmosphere. Sackhoff plays Jess, a successful sculptor but a less-than-successful mother to her care-raised teenage daughter, Chloe (Lucy Boynton). When Chloe inadvertently awakens a witch while performing a prank on a long-avoided local residence, she returns to her mother’s custardy in the hope a change of scenery will stymie the supernatural curse.

Director Caradog W. James’ budget-conscious Cardiff-shot haunting horror seriously impressed me early on with some wickedly creepy visuals straight out of recent sensations The VVitch and Lights Out, but not even a giant, tarantula-limbed witch-demon can save an increasingly convoluted plot which piles on too many additional factors (victimised Ginger not the witch herself but her “familiar”; a gruff Detective with close links to the children’s home may know more than he’s letting on) without successfully explaining any of them. 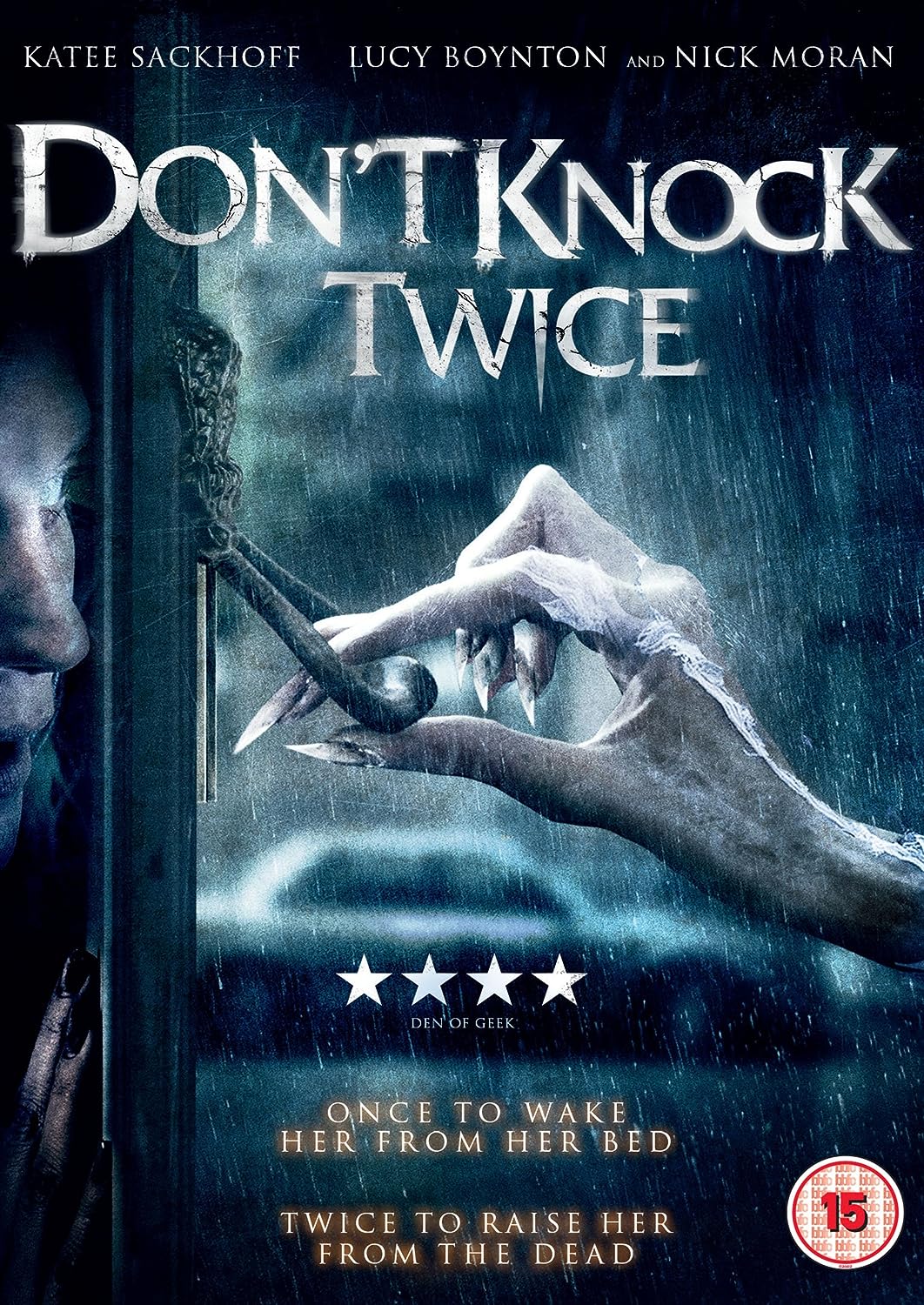 Ultimately, for all its early promise, Don’t Knock Twice repeatedly fell foul of some pretty major logic-defying plot holes which entirely separated me from the suspense of Mark Huckerby and Nick Ostler’s twist-culminating script. I admire the effort which went into this small production, as well as the diversity of genre tropes it employs. One scene with Jess’ statuesque art pieces kept teasing a riff on Doctor Who and iconic antagonists the Weeping Angels, while a Skype conversation between Chloe and her boyfriend is Friend Request in all but name. This is nothing original, but enjoyable enough in spirited execution – until the flaws gather pace and threaten to derail it.