BEAUTY IS THE BEAST

Spun off from “Amateur Night,” my particular favourite strand of horror anthology V/H/S (2012), Gregg Bishop’s SiREN tells a far from original story (despite deviating from the scant source material), but what it does it carries out with a surprising amount of verve and panache.

“Hell is empty and the devils are all here.”

A quick look at the film’s trivia page on imdb.com pre-viewing had me apprehensive: neither of the writers of “Amateur Night” are credited with penning the screenplay (although executive producer David Bruckner was apparently heavily involved in the development); the film was shot in under three weeks and edited so quickly there was no time for pick-ups or reshoots. Bruckner was elevated to second unit director on Bishop’s request to speed the process along, but when the delivery date was pushed up, the FX had to be completed without sign-off from the director!

Let’s be honest: it sounds like an horrendous production, a real Mickey Mouse operation and one which, ironically, would have suited retaining the short film’s original title! Yet SiREN shows no signs of corner-cutting and I had a whale of a time throughout. Sure, it’s a little on the short side and occasionally a little hokey, but I don’t expect high art from horror B-movies. 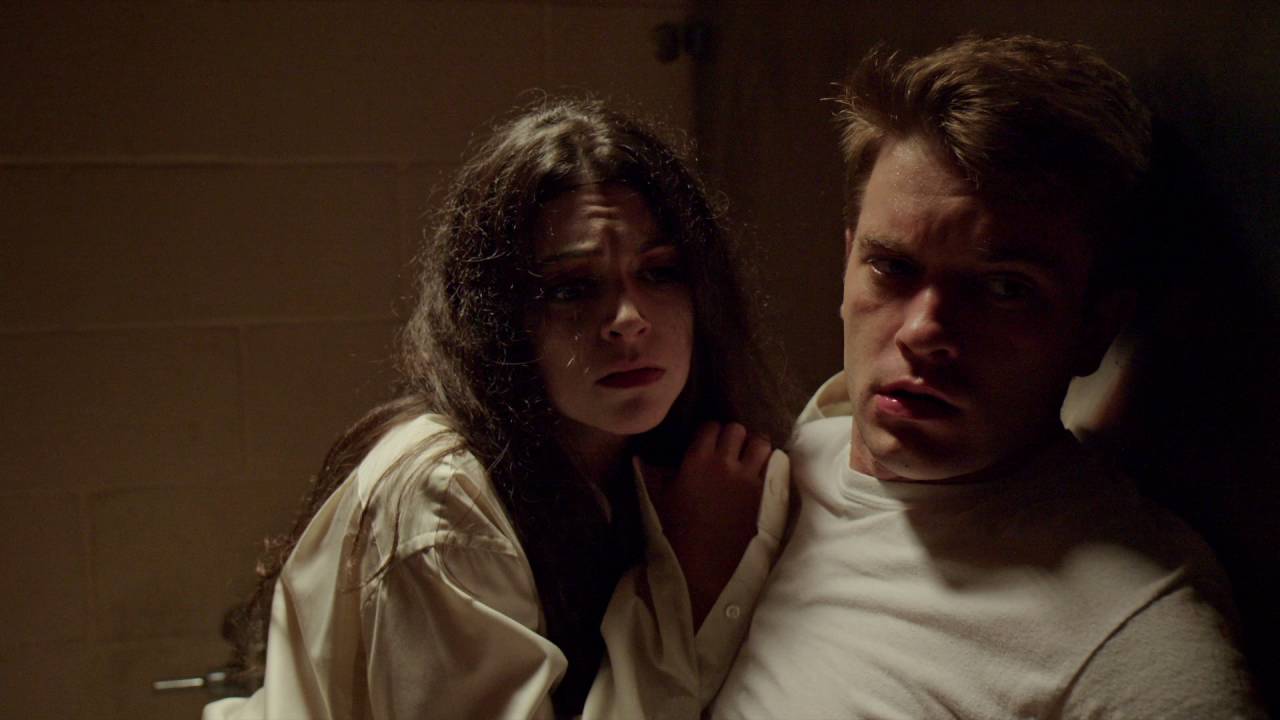 Hannah Fierman reprises her role as the titular mythic creature who lures men under her spell with her enchanting voice, innate beauty and lack of clothes! Groom-to-be Jonah (Chase Williamson) unwittingly releases the demure “Lily” from a locked cell at the enigmatic Mr Nyx’s (Justin Justified Welborn) seedy dive of a strip joint, believing her to be a victim of sex trafficking. Before long, Jonah’s stag crew are in a desperate fight for survival as they are picked off by the hungry beastie. Meanwhile, Mr Nyx and his burly associates hunt the lads down to claim back their rare treasure…

“The last hurrah for crazy – tonight we say YES!”

Fierman is beguilingly faultless in the lead role, fully justifying Bishop’s insistence – against studio wishes – that she retain the part. She perfectly toes the line between innocent waif and deadly supernatural predator. Two reveals, first when we see her tail emerge while she feasts and secondly her blood-stained maw full of fangs (“I like you!”), are both chillingly perverse. Come the epilogue when Jonah is home and married and “Lily” has flown the coup, SiREN delivers a final twist which ends the film on a wicked high. 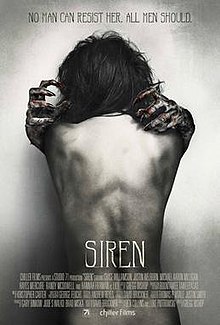 Bishop recurrently employs some inventive camera trickery to increase a feeling of abnormality and otherworldliness. This also comes in handy when he wishes to mimic the effects of intoxication. Such creativity belies the project’s humble beginnings and micro-budget, burgeoning my interest in, and admiration for, a film I already considered a delectable scream.

One thought on “SiREN (Film Review)”