Indie queen Greta Gerwig is perfectly cast as vibrantly independent but controlling thirty-something Maggie in director Rachel Miller’s adaptation of Karen Rinaldi’s short story. An emboldened intellect determined to have a child despite having never managed to hold down a relationship that lasted beyond half a year, Maggie strikes up a complicated friendship with married anthropology professor and father-of-two John (Ethan Regression Hawke). Complicated because it soon blossoms into more than just a friendship at the same time Maggie is attempting artificial insemination…

“I don’t want you to have a baby with the pickle guy.”

Miller wastes no time at all in plunging us directly into Maggie’s Plan from the frank opening exchange between Gerwig and Bill Trainwreck Hader, as her married friend, former partner and sounding board. The film’s whizz-bang momentum never relents as we attempt to keep up with a cast of academics spouting philosophical musings and contemplating their purpose and state of happiness at breakneck speed. Miller glosses over the good times to linger on these idealists at their lowest and most messy.

“We should have just been an affair.”

Three years skip by in one scene jump and now mother Maggie is perturbed that she might be falling out of love with John, setting in motion a frankly ghastly and farcical ploy for his betrayed ex-wife (Julianne Moore, adopting a ridiculously comic foreign tongue with an obstinately straight face) to take him back – without John ever finding out he has been an “absurd patsy.” Good luck with that one!

“You’ve had your thinking licence revoked.” 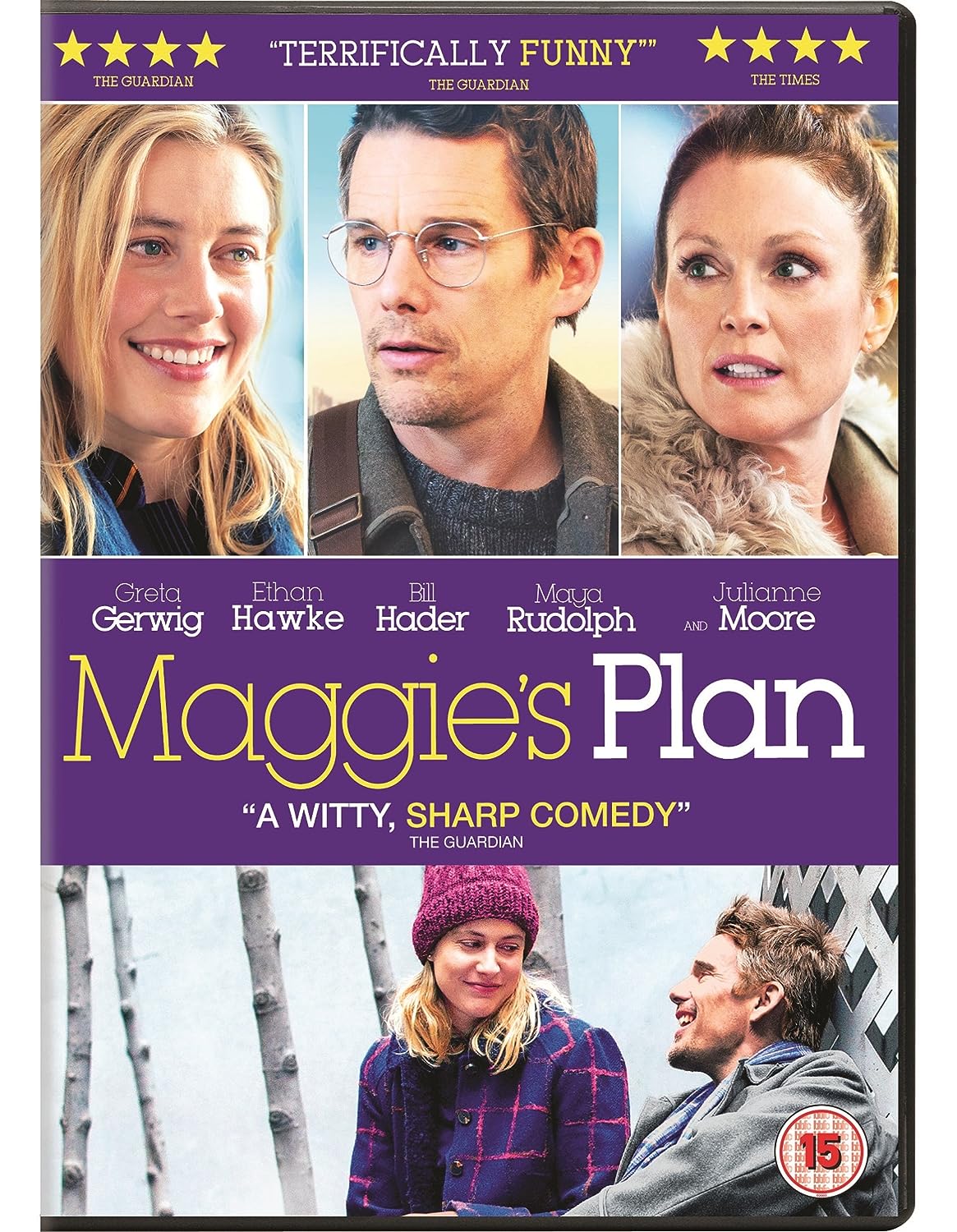 The dialogue might be pithy and habitually highfaluting, but the genre is deep-rooted in classic screwball comedy, albeit with a contemporary lilt. There is a gentle irony to the realisation that these careerists who have devoted their lives to studying human culture are so appalling at applying their learnings to their own situations, alas Maggie’s Plan is otherwise too quirky to be sincerely heartfelt.