Before long the resource-less hospital is besieged by a couple of gun totin’ farm boys (Daniel Fathers and Mik Byskov) and encircled by a convergence of white-robed, triangle-obsessed cultists. Meanwhile, mutant creatures begin a gore-filled murder spree – oh, and that’s without mentioning the ethereal cosmic visions Daniel starts to suffer from! There is a lot going on in The Void and it’s often difficult to keep up, particularly when the budget-disguising flickering lighting curbs comprehension.

Halfway through proceedings the pace temporarily slows to a crawl as the survivors start to piece together the true horrors going on in and under Dr. Powell’s (Kenneth Welsh) hospital (“I’m doing what I have to to make it right…”), before the funding is well and truly blown on a plethora of stomach-churning, logic-defying set-pieces straight out of From Beyond and The Evil Dead. 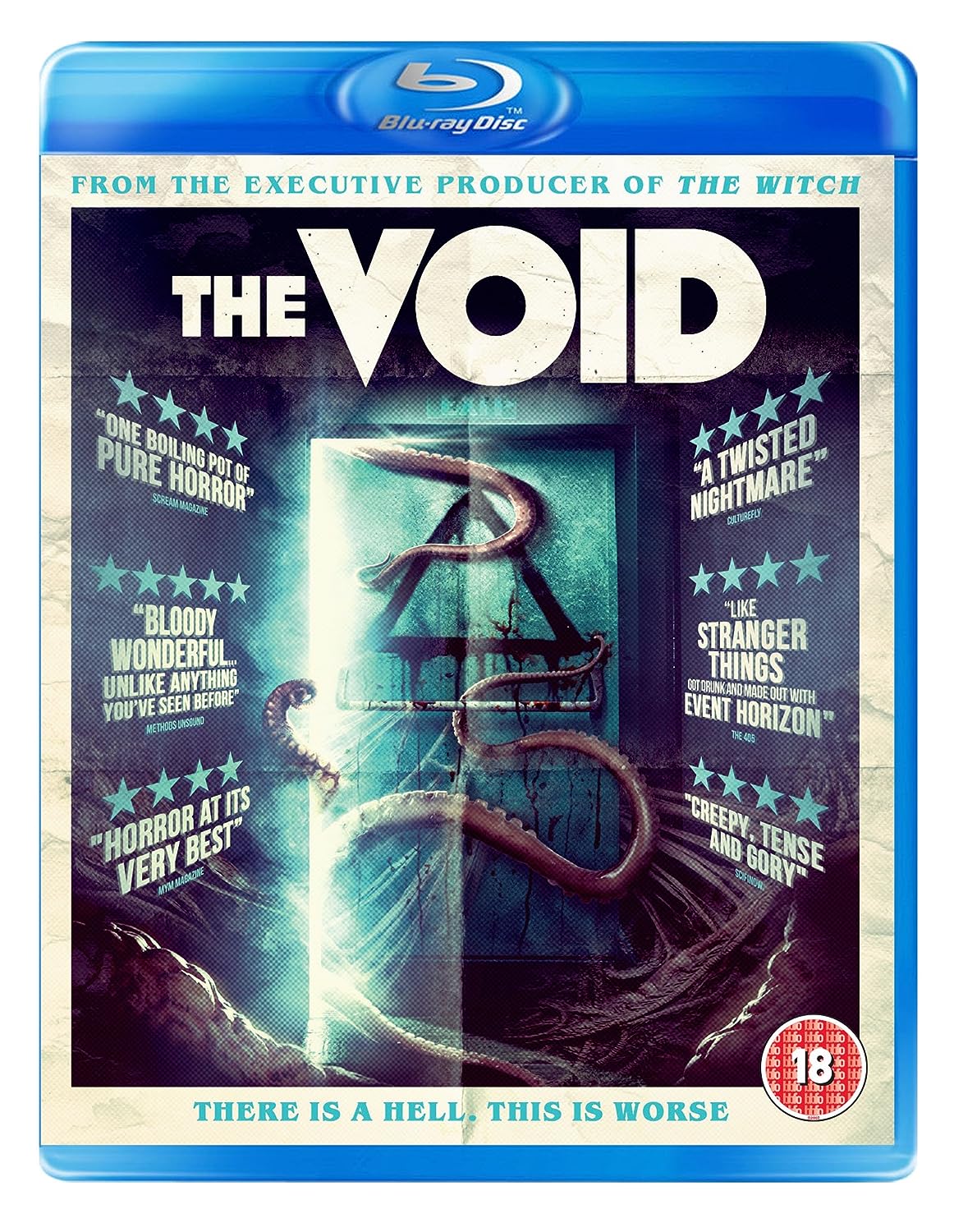 Gleefully sadistic, boldly ambitious yet frustratingly mystifying, under the right (alcohol-aided) conditions The Void is an absolute blast of horror, hoodoo and hellbeasts. But for all the impressive (and disgusting) model and prosthetic work, its largely a case of style over substance. The open-ended final scene cuts off so abruptly it feels like a purposefully inconclusive wind-up, teasing the unexplained. Exasperating though I ultimately found it, see The Void for the mind-blowing visuals, not the mind-boggling narrative.