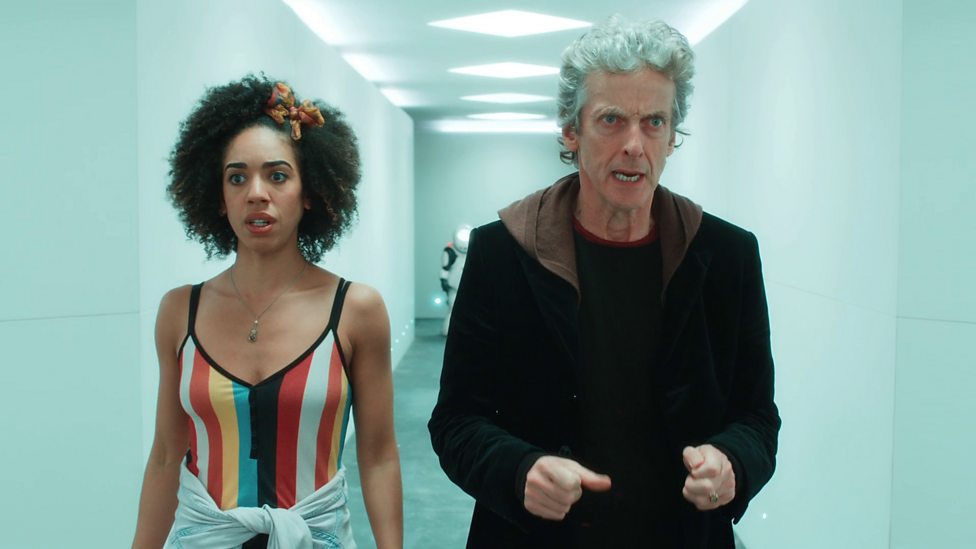 Choosing to visit the future, the time-hopping twosome are transported to a distant planet which, supposedly, has cracked the secret of human happiness. Except the super-sleek city is mysteriously empty, with the only signs of activity flocks of flying micro-bots known as “Vardy” and walking interfaces which communicate via emojis! As the Doctor’s brow furrows and his mood declines, it soon becomes clear that these ‘cute’ droids intent on promoting positivity have formed a troublingly permanent method for eradicating grief and sorrow… 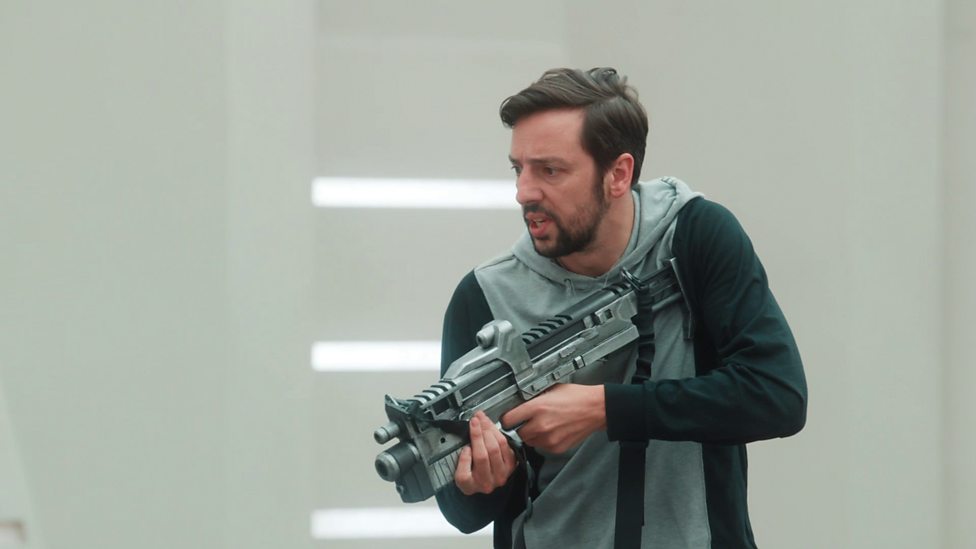 The second episode of new Who penned by author Frank Cottrell-Boyce after 2014’s “In the Forest of the Night”, “Smile” looks clean and shiny and is chock-full of mind-expanding sci-fi concepts, but due to the need to place Bill and the Doctor centre stage for prolonged periods of bonding, it relegates everything else to the peripheries. As well as Nardole, big name guest actors including Mina Anwar and Ralf Little as human colonists are given short shrift in a talk-heavy, action-light script.

The banter is still zippy and the characters a joy to be around (“You ARE the helpline!”) so it’s far from total “mulch,” but with a set-up which strongly echoes recent box office bomb Passengers (reviewed HERE) and thrives on talking through the situation rather than acting on impulse (Bill is quick to admonish Little for drawing a blaster on the emojibots), “Smile” felt like a step down from last week’s strong opener; a soft, middling adventure which felt restrained and therefore restricted the two larger-than-life protagonists it aimed to familiarise the audience with.