The son of a devout Jew, Swede marries Roman Catholic beauty queen Dawn (Jennifer Connelly) and together they raise their daughter, Merry (Dakota Fanning), who struggles with a socially debilitating stutter. By 16, Merry is strongly influenced by anti-war protests and pulls against what she sees as her “contented, middle-class parents.” But when the local post office is bombed and Merry disappears, accusations of terrorism fall on her. American Pastoral chronicles Swede and Dawn’s desperate, disparate mechanisms for coping with the ensuing pain and attempts to reunite their family.

“Maybe you would have been better off with a stutter if you had to go this far?”

McGregor and Connelly receive top billing, while Fanning – name credit aside – doesn’t even feature on the poster/DVD cover. For this (admittedly superficial) reason, the cataclysmic impact her character has on the direction of the story surprised me greatly. The outcome is disheartening but hard-hitting, with Swede stoic in his unwavering faith in his daughter, while Dawn comes out of a breakdown determined to leave the past behind her. 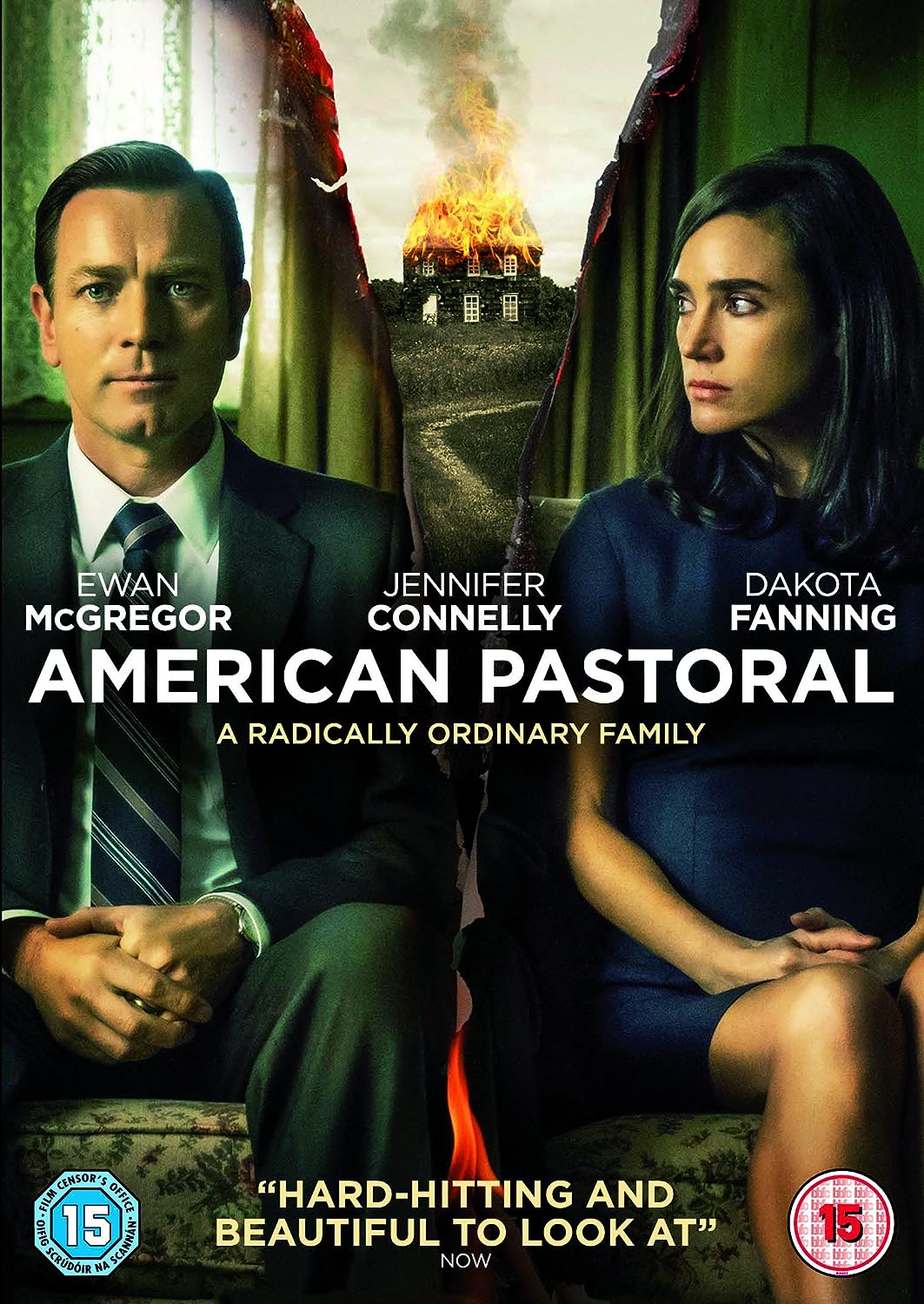 Were I to watch American Pastoral for a second time, the power of the narrative impact would understandably be lessened by foresight, however I cannot see my view of the bland, washed-out and often flat aesthetics improving. Whether a result of its attention to historical accuracy or McGregor’s naivety at the helm, the whole affair just feels sluggish and stuffy and lacking a spark of excitement for long stretches.