STILL HOOKED ON A FEELING

Formerly feared to be comic and movie franchise giants Marvel’s unknown quantity, James The Belko Experiment Gunn’s 2014 mega-hit established that even lesser known superheroes can find adoration, form meme-worthy catchphrases (“I am Groot!”) and sell retro-flavoured mixtapes by the bucket-load.

With Gunn back at the helm for this highly anticipated sequel, could Peter Quill (Chris Passengers Pratt), Gamora (Zoe Star Trek Beyond Saldana), Drax (Dave Kickboxer: Vengeance Bautista), Rocket (Bradley War Dogs Cooper) and Groot (Vin The Fate of the Furious Diesel) – collectively known as the Guardians of the Galaxy – strike gold for a second time with their infectious blend of ballsy banter, blistering action and killer choonz?

I’ll be honest, as Vol. 2 kicked off with a large-scale battle against an interdimensional… thing, I was a little worried. Although undeniable impressive, the camerawork was needlessly kinetic and showy, the zingers seemed ramped up to eleven and the now established characters seemed exaggerated. I swear, if I heard Drax laugh tactlessly loudly one more time, I was going to scream! The entire opening, perhaps stretching to the first 45minutes, just seemed dangerously close to being unbearably… smug.

However, there is a turning point where, okay, things don’t get “serious,” but Gunn finds a far more harmonious balance between action, japery and emotive storytelling. As strong-willed Gamora duels with her estranged and vicious sis, Nebula (Karen Gillan), Yondu (Michael Rooker) is given a second chance to redeem his sullied name and the man they call Star Lord is finally reunited with his father (Kurt Russell), GotGv2 finds it groove. 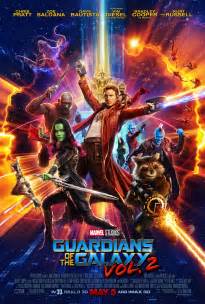 The gut-punch reaction I felt at the surprisingly tender finale confirms how much of a marked improvement Vol. 2 makes over the course of its 136min cosmic voyage. I cared about these characters, whether good, bad, redeemed or disgraced, and when a blockbuster is this good, even FIVE end credits sequences don’t feel like overkill.

3 thoughts on “Guardians of the Galaxy Vol. 2 (Cinema Review)”