“You’re a miracle! Or I’m just hallucinating from starvation…?”

More popularly known as the film where Harry Potter plays a corpse for ninety minutes, co-writers and directors Daniel Scheinert and Daniel Kwan’s surreal indie comedy-drama is the epitome of a marmite movie. Appalled at its overt vulgarity and alienating premise, audience members walked out of its Sundance premiere last year, but beneath the farting corpse jokes, Swiss Army Man is also a haunting and experimental first-hand examination of a damaged soul and a troubled mind.

“Thanks for your help, kind of.”

Suicidal and stranded on an island in the Pacific, castaway Hank (the ever-expressive Paul Youth Dano) is moments away from hanging himself when a body washes up on the shore. When attempts at resuscitation fail, Hank becomes bemused by the body’s post-mortem flatulence, and he soon comes to realise he can manipulate the cadaver he calls “Manny” (a courageous Daniel Radcliffe) to help him back to humanity, much like a human swiss army knife.

“Manny, I think your penis is guiding us home!”

What follows is a bizarre but uplifting Weekend At Bernie’s-esque slapstick bromance-of-sorts between the desperate Hank and his lifeless saviour, who Hank projects a personality onto. It will make you laugh, cry and cringe as Hank drinks Manny’s stomach juices, educates him in popular culture (“If you don’t know Jurassic Park, you don’t know shit.”) and lets him in on his deepest, darkest secrets. As Hank recreates heartbreaking scenes from his life, it soon becomes clear that this cripplingly shy man’s unrequited love for a woman he sees on the bus (Mary Elizabeth Winstead) has twisted his moral compass to breaking point.

“We don’t need her anymore – we’ve got each other.” 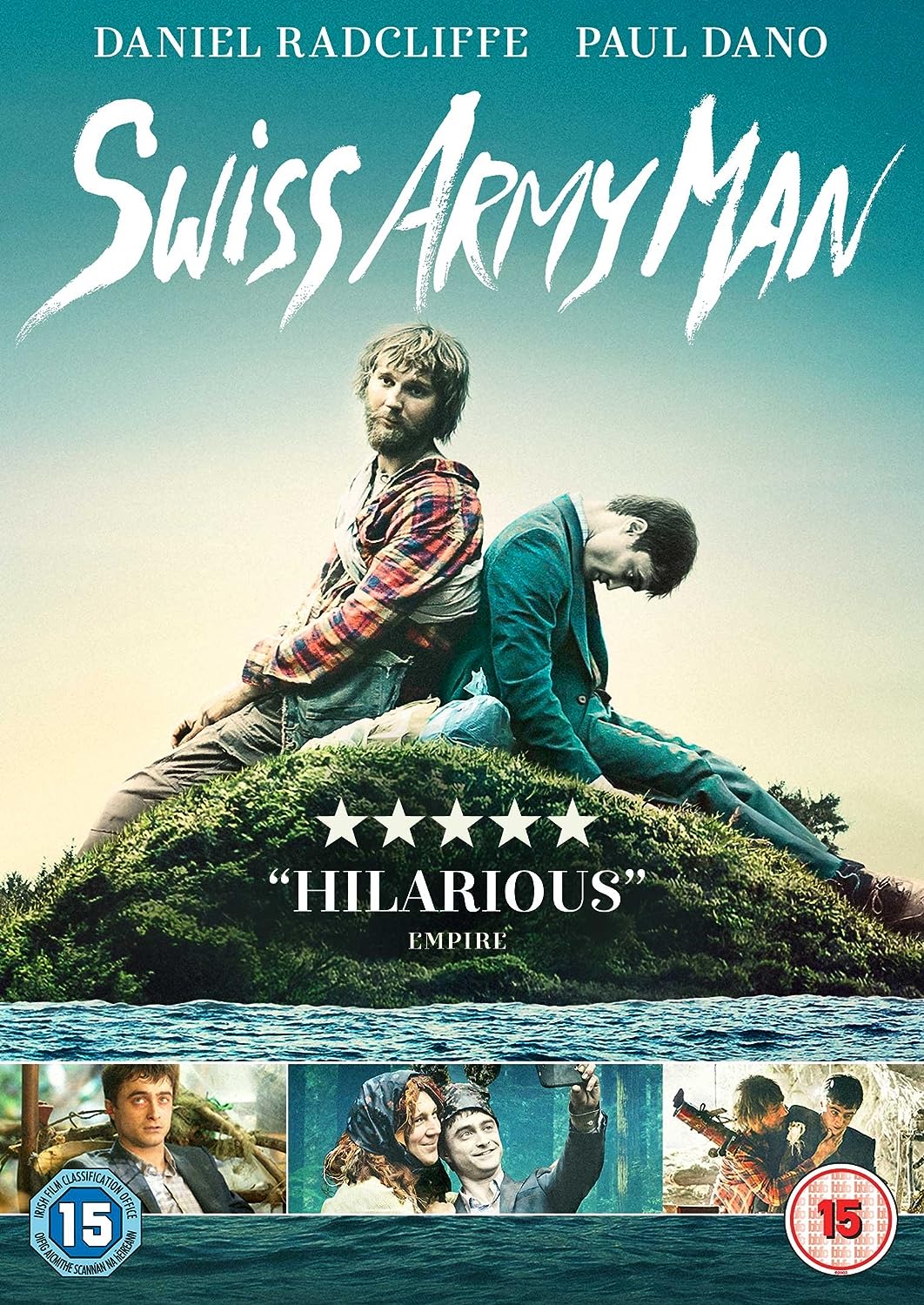 Who’s helping who and which one truly is ‘dead’ are philosophical questions Swiss Army Man tackles as lonely Hank rides Manny like a jet ski and the odd couple traverse the remote landscape. The more you learn the weirder it gets, and ultimately Swiss Army Man does, frustratingly, take its weirdness too far to the extent that the gut-punch conclusion (“You just seemed really happy and I wasn’t,”) is somewhat diminished by its unabashed kookiness. Regardless, it still has to be seen to be believed, provided your mind is open and your tastes can handle a farting, wheezing, vomiting corpse with a boner.