20 years after they first formed, 17 years after “Dancing in the Moonlight” gained them nationwide attention and 8 years since they reformed after an extended hiatus, Eastbourne alternative rockers Toploader have released their fourth long player, Seeing Stars, fan-funded via a successful PledgeMusic campaign (see HERE).

After a taster of their new material was showcased on the road back in February (see my review of their gig at The Stables, Wavendon HERE), this was the first proper opportunity for fans to hear the long-anticipated new recordings. My track-by-track breakdown of the 10-strong album follows: 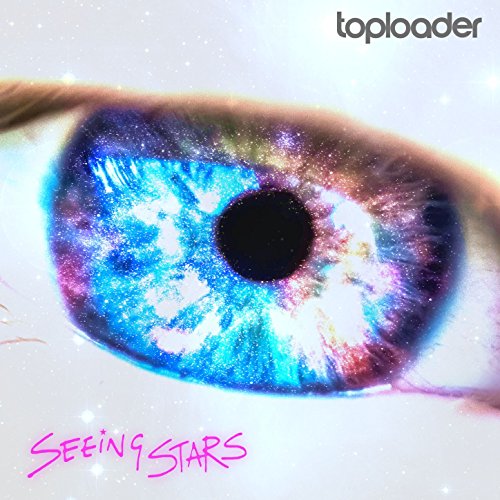 1 – BOOM (3:58) An ethereal introduction progresses into a driving beat which has a similar vibe to 2011’s Only Human opener “Marrakesh.” Produced by hit-maker Andy Green, this is a solid track which has shades of a power ballad, but ultimately defies categorisation.

2 – ROLL WITH THE PUNCHES (2:48) A short, contagious jaunty foot-stomper, “Roll…” is a happy track with witty boxing-themed lyrics which justifies its selection as lead single. Fans of “DITM” and Magic Hotel’s “Time of My Life” will dig this.

3 – TOGETHER (5:20) A stand-out I would happily crown my favourite of the album, “Together” is an epic in three distinct acts, with a sonic, uplifting vibe which incorporates descending piano scales before evolving into an instrumental outro which could easily stand on its own.

4 – THINGS WE DO FOR LOVE (3:28) A string-lead, softer love song with a camp-fire sign-along chorus. “Things” is summer incarnate, with a joyful, stripped back and clap-worthy refrain.

5 – IS THIS A RAINBOW? (5:41) A more mellow and soulful centrepiece, “… Rainbow” makes grand use of frontman Joe’s Fairlight synthesizer, delivering a prominent 80s vibe with keys suggesting hope over a darker soundscape. The second half is a brave, Mike Oldfield-esque instrumental which dissolves into the sound of rain. Wonderfully atmospheric.

6 – A MOMENT OF CLARITY (4:05) Deeper and more mournful verses make way for brighter choruses. The lyrics are poetically reflective (“Thoughts hang around me like fireflies,”) while the chanting closing refrain reminded me of less beat-driven “Balance to All Things.”

7 – BOY MACHINE (5:09) Just when you think the album’s pace is flagging, “Boy Machine” is a powerful wake up call. A strong contender for the album’s best track, this is a flight of fancy which morphs into a jubilant “High Flying Bird”-esque soarer. Trippy, exotic and transcendental – I loved it.

8 – THE SHAPE OF THINGS TO COME (3:36) Joes vocals are given an echo-y voice effect on this darker, rockier number. With a more discordant sound it certainly offers some diversity, and there’s a decent guitar jam in there, but I didn’t instantly warm to it.

9 – CRAZY DREAM (4:14) A mellower and more tranquil track, you could easily drift off to this luscious slow jam.

10 – FLOOD (4:35) “Whatever happened to our love?” Joe questions in this solid and confident final track which maybe isn’t as unique or memorable as the album’s best (2, 3, 7), but still ends on a consistent high.