From accidentally shooting a guest on his BBC chat show to pulping thousands of unsold copies of his ironically titled self-published autobiography, Bouncing Back, it is fair to say that Norwich’s very own Alan Gordon Partridge (Steve Coogan) has had a tumultuous career. But where many lesser regional TV personalities would long ago have thrown in the towel (probably around the time he became “clinically fed up” on a Toblerone-fuelled trip to Dundee), this chap of steel carries on regardless, determined to have the last laugh.

Now a disc jockey on digital radio station North Norfolk Digital, when “corporate whores” Goredale Media buy out the brand and relaunch it as Shape (“The Way You Want It To Be”), disposing of sleepy-time host Pat Farrell (Colm Meaney) in the process, Alan seizes the opportunity to become Goredale’s “golden goose” and a media darling as the saviour of the station when Pat goes off the rails and holds the staff hostage.

The laughter track may be gone, but stalwart P.A. Lynn (Felicity Montagu), Geordie job-hopper Michael (Simon Greenall) and sad-sack nemesis Dave Clifton (Phil Cornwell) accompany Alan on his first big screen adventure. The same cringe-comedy and (un-)witty word-play from the sitcom days is still present and correct, even if the tone is darker, the scenario tenser and the runtime three times longer. Poor old Mid-Morning Matters Sidekick Simon (Tim Key), for instance, endures the entire siege with a gun against his head, courtesy of Pat’s gaffer-taped handmade helmet-holster!

Out of his depth but “puffed up like an owl” on his re-found fame, Alan is still a charmingly monstrous caricature, sweet talking Pat while impressing his new bosses and working as a (useless) mediator on behalf of the police. But Alan wins through in part thanks to the hideousness of Alpha Papa’s supporting characters. Goredale’s Jason Tresswell (Nigel Lindsay) is a backstabbing sly shit, while fresh-faced breakfast host Danny Sinclair (Dustin Demri-Burns) is a deluded twat (“it’s a fish bump”).

Elsewhere, Lynn shines brighter than ever before with a newfound confidence, getting a pre-news interview makeover and finally standing up to her personality-repressing employer. Now a NND security guard, Michael is as hilariously dense as ever (“I’m sorry, I did a shit in a box…”), culminating in a stupendous moment of, erm, ‘bravery’ as the siege takes to the road and ends in a shoot-out on Cromer Pier. 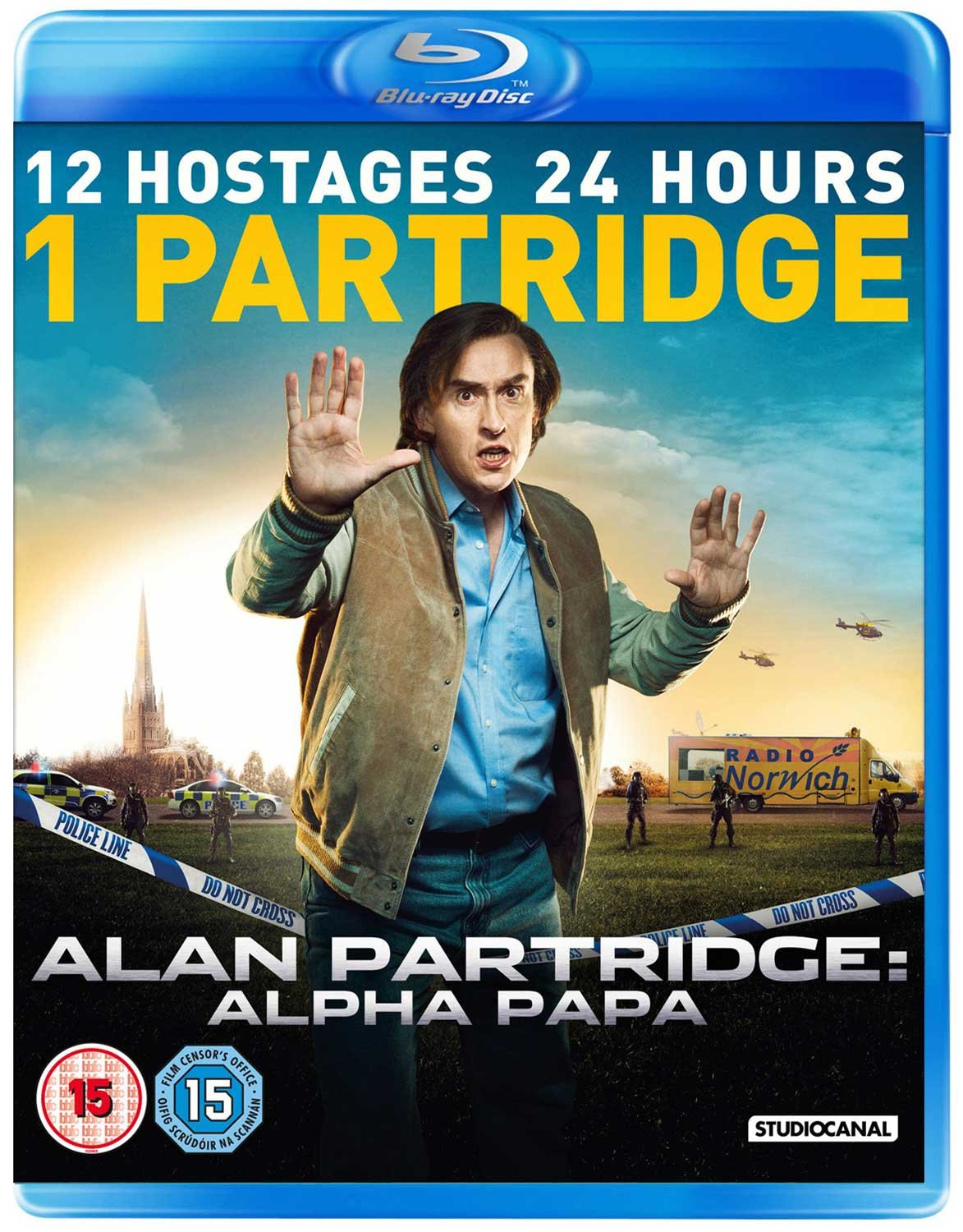 Owing to the extended duration and grander scale, Alpha Papa may not be as consistently laugh-out-loud hilarious as the greatest episodes of I’m Alan Partridge, but the five-strong scriptwriting team have still produced a funny and quotable script (“Just sack Pat!”), enthusing drink-spitting comedy with moments of drama and pathos which prolongs Alan’s enduring legacy. Let’s face it, any opportunity to see more of Alan Partridge is a welcome one – well, unless he is falling out of a toilet window with his trousers around his ankles, then less is unquestionably best (unless you’re a paparazzo).