THE ABSENCE OF CLOSURE

“Someone’s died everywhere at some point, doesn’t mean every square foot of this planet is haunted!”

Coming across a video on YouTube he believes contains footage of his sister, presumed dead twenty years earlier after going missing while investigating the legend of the Blair Witch, James Donahue (James Allen McCune) heads into Black Hills Forest near Burkittsville, hoping against hope that Heather is still alive. He his ‘assisted’ by a couple of wary locals he communicated with online, and trailed by a group of his closest friends, including one who conveniently wishes to document the missing person search.

Busy with an abundance of screams, jumps scares, shaky camera work and Halloween party soundboard effects, Adam You’re Next Wingard’s ‘true’ sequel to the 1999 genre-shaping found footage horror Project is a strange and unsatisfying beast. His motives are admirable, and to an extent he does better the much-derided cash-in follow-up, Book of Shadows, alas Blair Witch (which was originally shot in secret under the title The Woods) becomes lost in the awkward middle ground somewhere between being too referential to the iconic original and shaking things up too much.

So, the group gets creeped out by all the same kind of psychological scares which plagued Heather’s team, such as radio static, members of the group wandering off to piss in private (“Would everyone stop doing that?!””), stick figures which appear hanging near their tents and rocks laid out in purposeful patterns by who-knows-who. But there are also allusions to a twist in time (“It’s been five days… the sun never comes up!”) and a Groot-like, camera-shy antagonist. “What the fuck was that?!” indeed. 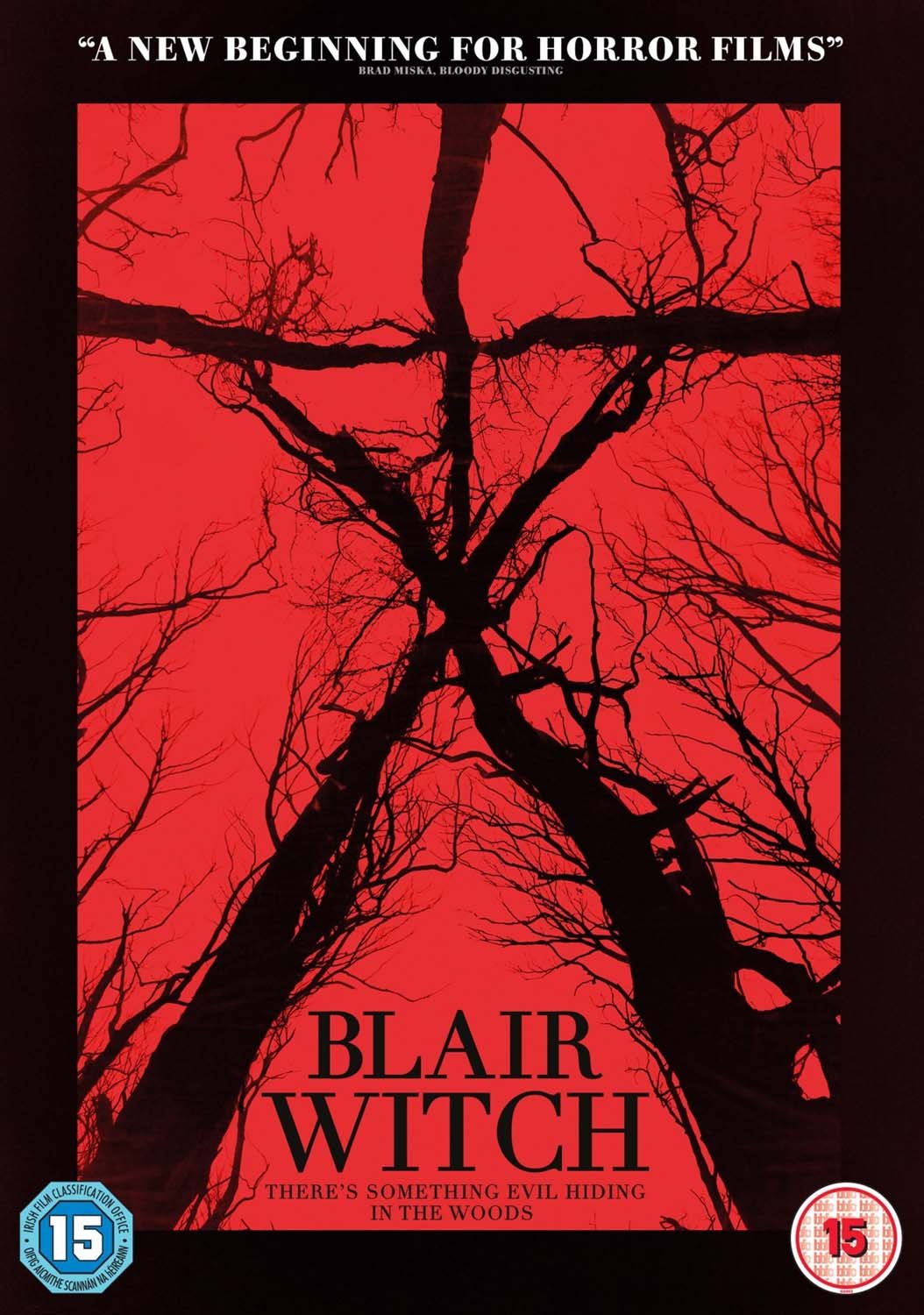 These original elements do bring something new to the tired and much-used format, and the film does incite a palpable sense of what could leap out at you from the dark, but ultimately Blair Witch fails to coherently expand upon the legend of the historically persecuted spell-caster Elly Kedward, merely muddying a myth that was already terrifying enough when we knew – and saw – less.