Announced in March 2012, cast over the next year and a half and filmed in Normandy from September 2013, French-American director Sophie Barthes’ period adaptation of Gustave Flaubert’s ‘obscene’ nineteenth century masterpiece was granted a premiere at the Telluride Film Festival the following August and then it just… disappeared.

Whether a rights issue between Warner Bros and Millennium Entertainment, or shelved to leave breathing room between itself and 2014’s other more experimental take on the same text (Gemma Bovery, reviewed HERE), I wouldn’t like to assume. But for whatever reason, with a story with universal recognition and a cast of A-list Hollywood stars, Madame Bovary feels like a film which deserved more than a quiet vanilla DVD release three years too late.

“Is a woman not permitted such distractions?”

Farmed off into a loveless marriage with a complacent, career-minded doctor (Henry Lloyd-Hughes), young and beautiful Emma Bovary (Mia Alice Through the Looking Glass Wasikowska) soon grows unhappy and bored with her uninterested husband, but finds her head turned by the glamour and riches of high-society – not to mention the interests of more amorous suitors. But will her newfound excitement be her undoing, when formidable debts rear their ugly head, and her illicit lovers (Ezra Fantastic Beasts Miller, Logan Marshall-Green) prove to be less loyal than Emma expected?

A period piece set in the 1800s, it is outstanding how presciently topical the story’s themes are well over two centuries after they were set down. Unhappy marriages, extra-marital affairs, depression and debt are topics humanity still comes up against and struggles with today! Perhaps this is why it has seen so many adaptations and interpretations over the years, none more modern than Polly Simmond’s 1999 graphic novel (which eventually became a film starring Gemma Arterton).

“You have been a most excellent patron…”

Wikipedia notes that critical reception to Barthes’ Madame Bovary was muted… “disappointing,” even. While I will confess my initial feelings were somewhat cooler (the story, after all, is rather threadbare and the early scenes purposefully dull and joyless to establish Emma’s displeasure), my interest and engagement increased the direr Emma’s predicament became. While my sympathies were never wholly aligned with the titular protagonist, I could relate to her obsessive personality and found a rather sinister glee in Rhys Under Milk Wood Ifans’ spiky creditor, Monsieur Lheureux.

“Money should never be the problem – only the solution.” 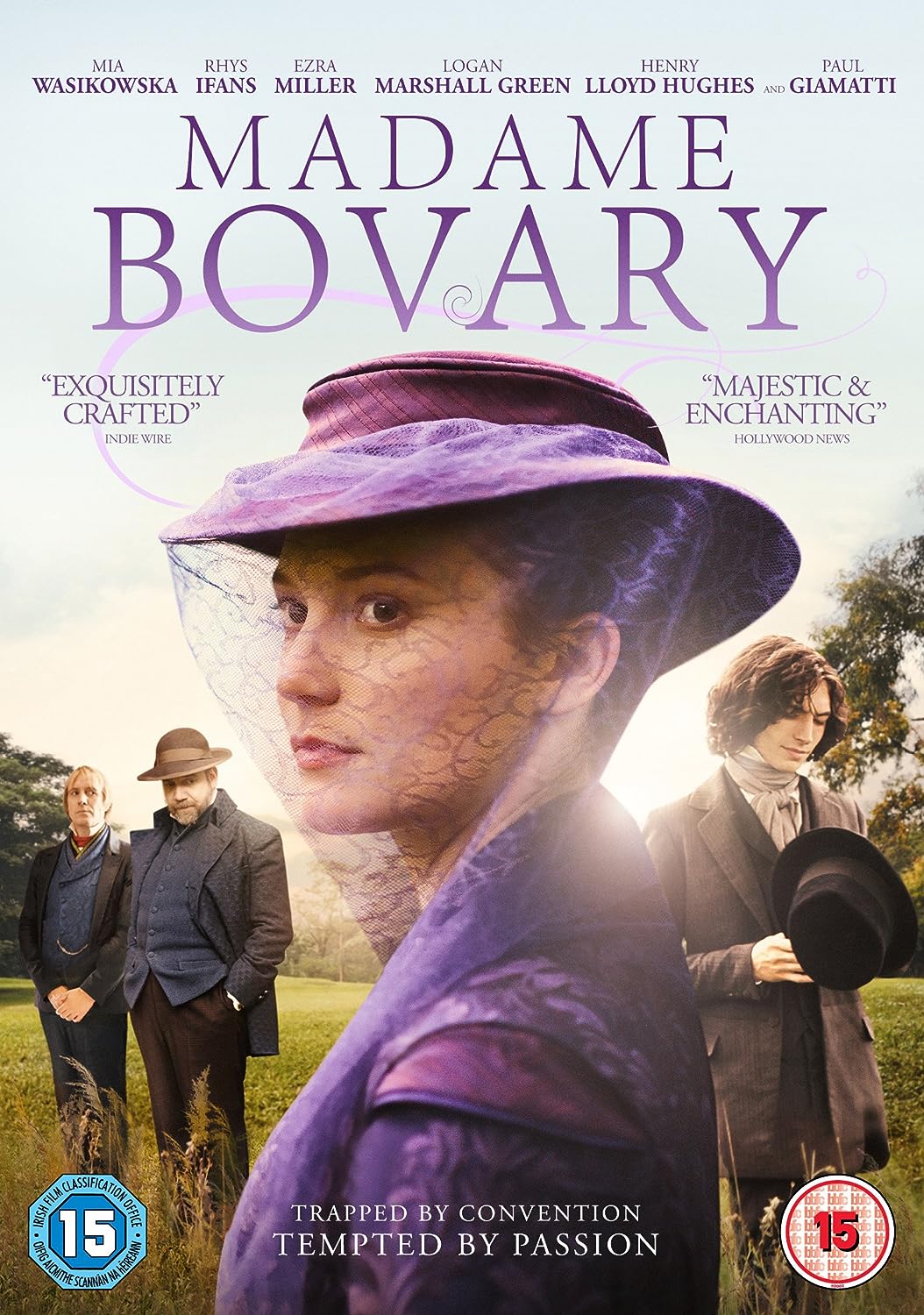 A final compliment must be paid to prolific Russian composer brothers Evgueni and Sacha Galperine who tinged their delicate score with an apposite trace of melancholy, suggesting that even when joy seemed hers for the taking and before her social convention-eschewing spiral began, Madam Bovary was doomed to a tragic end. Pity the same fate seems destined for this decent twenty-first century reworking which deserved far more exposure on a big screen platform.