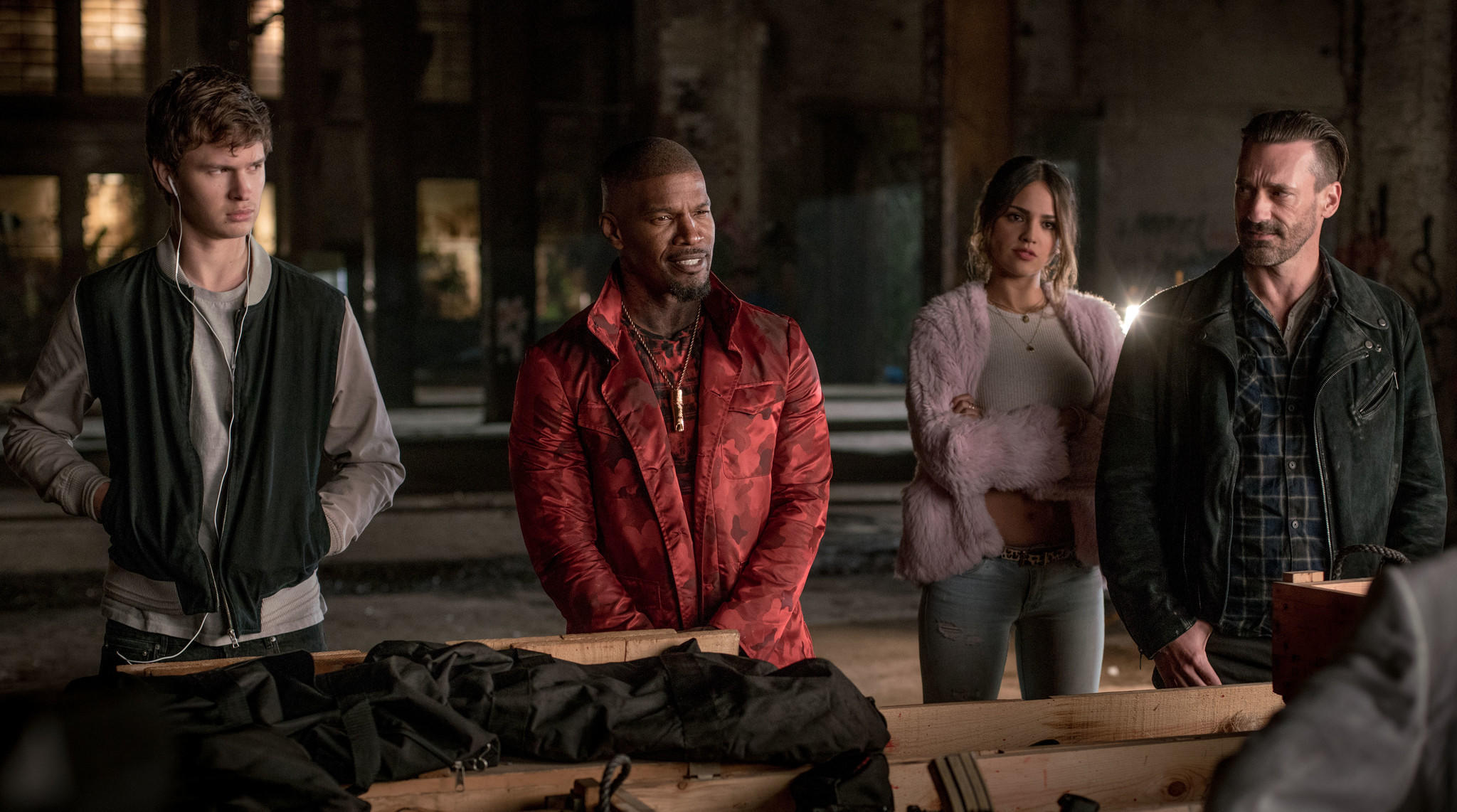 THE FAULT IN OUR EARS

Baby (Ansel The Fault In Our Stars Elgort) is a talented getaway driver who relies upon the beat of his iPod soundtrack to drown out his tinnitus and focus his acute reflexes behind the wheel. In debt to heist mastermind Doc (Kevin Spacey) for a mistake he made in his youth, Baby is counting down the jobs until his slate is clear and he can start a new, clean life with the girl of his dreams, Deborah (Lily James). Unfortunately, Doc has other ideas for his blessed go-to driver, but will this next robbery be one job too far?

First conceived by writer/director Edgar Wright in 1994, Baby Driver was then put on the backburner as Wright’s film and TV career skyrocketed (Spaced, Shaun of the Dead, Hot Fuzz, Scott Pilgrim – you definitely know his work). Fuelled by the warm reaction to a music video concept Wright directed for Mint Royale in 2003 which similarly featured a music-loving getaway driver, Wright returned to his passion project in 2014 after leaving the production of Marvel’s Ant Man.

Opening on a pin-point accurate lip-sync and stunningly choreographed action sequence to “Bellbottoms” by Jon Spencer Blues Explosion, Baby Driver makes its mark early: this is a stylish and snappy action-crime-comedy which almost glows with hipster panache. Fuelled by the soundtrack, Elgort seems to be permanently smothering a smirk, while Jon Hamm and Jamie Foxx have a blast as sharp-tongued, quick-shooting crew members.

My issue with proceedings seems to stem from my inherent discomfort with the crime genre, rather than a problem with the film itself. Watching deplorable bastards who don’t give a fuck about the consequences ruining innocent lives with a smug grin on their foul faces distresses rather than thrills me, and Baby Driver is also guilty of descending into criminal chaos.

Baby’s deaf foster father, Joseph (CJ Jones), seems far too happy to turn a blind eye to Baby’s dishonest career path, even when gangsters turn over his home and leave him helpless on the floor, while Deborah happily takes Baby’s hand to be lead into a life on the run after watching her enigmatic new boyfriend shoot a man in cold blood! Sure, come the conclusion Wright’s message is clear: crime doesn’t pay, but spending nearly two hours with a crew of nut jobs who think guns are cool doesn’t half take the edge off of Baby Driver’s capable and skilled execution.