“I have lived beyond my time…”

The most surprising thing about this belated fifth instalment in the lycans versus vampires action-horror series is the end credits, which revealed – much to my astonishment – that series co-creator Len Wiseman neither wrote or directed this fourth big screen sequel. My surprise was such because Blood Wars is otherwise Underworld by-numbers. Kate Beckinsale strutting and slashing in tight leather? Check. Gloomy midnight-blue colour grade? Check. Chaotic interspecies fight sequences? Check. Clunky, exposition-heavy dialogue? Check and mate.

I just instantly assumed, given the film’s striking similarity to its predecessors, that the same man was behind the lens and the script. But no. Anna Foerster, a previous cinematographer for Roland Independence Day: Resurgence Emmerich and a blossoming TV director, makes her feature film debut here, from a script by Cory Goodman, based on a story he conceived with Kyle Ward. Wiseman retains a producer credit, while his ex-wife – who he was separated from and divorcing at the time – once more gets star billing.

The story continues on from the narrative progress made in 2012’s Awakening, where fanged Death Dealer Selene (Beckinsale) has given birth to a telepathic hybrid child, Eve. Lead by new leader Marius (Tobias Menzies), the lycans are hunting Selena to track down her daughter, whose blood holds the secret to their survival. Meanwhile, Selena is on the run from her own clan, who blame her for the death of two of their elders. She finds safe haven in the Nordic Coven, with sole ally David (Theo James), where the Nordic ritual of “Becoming” – allowing vampires to pass between this mortal coil and the sacred world – may hold the key to ending the eternal war. 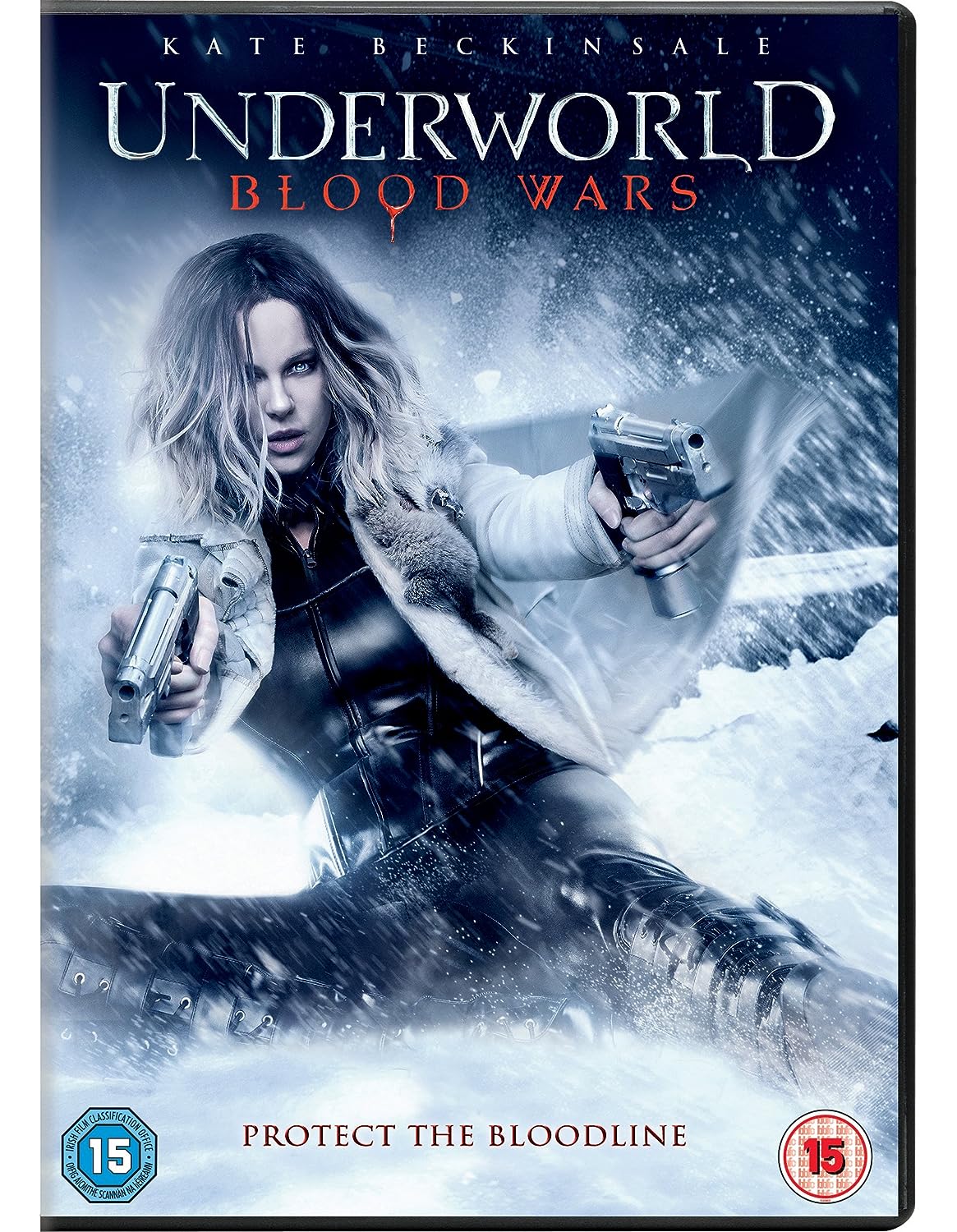 By this stage you know if you enjoy this series of not – this is simply more of the same. It’s short, spiky and largely stupid fun for adults. Serviceable, yes, but sadly I also found it rather forgettable, with the insertion of snowy landscapes not doing enough to shake up this stale noir-drenched fang-chise. My mind wandered and I grew bored by its repetitiveness. Blood Wars’ sole redeeming feature is the fun I had spotting actors I never expected to see in a genre blockbuster (Charles Dance, Laura Pulver and Merlin’s Bradley James).