“Sometimes I feel like this has been my whole life.”

In no immediate rush to devour this Capcom-inspired blockbuster videogame spin-off, I set out to re-watch all five of the preceding chapters in the sci-fi-action-horror film series before closing out the 15-year story with this final chunk of the corpse. I got as far as the third film before my rental copy of The Final Chapter was due back, so to save myself a fine I had to skip ahead. I shouldn’t have worried, however, as Paul W.S. Anderson’s passion project opened with a lengthy comprehensive saga recap, commentated by zombie-slaughtering mainstay Alice (Milla Jovovich).

Following humanity’s ‘last stand’ in 2012’s Retribution, The Final Chapter sees sole survivor Alice tasked by computer A.I. The Red Queen (Ever Gabo Anderson) to return to the Hive to claim the last vial of an airborne antivirus which will kill off every cannibalistic organism infected with the catalytic T-virus. All the while, a clone of Dr Isaacs is on her tail, leading a convoy of armed forces and hordes of the undead to head off Alice’s cure for the apocalypse. 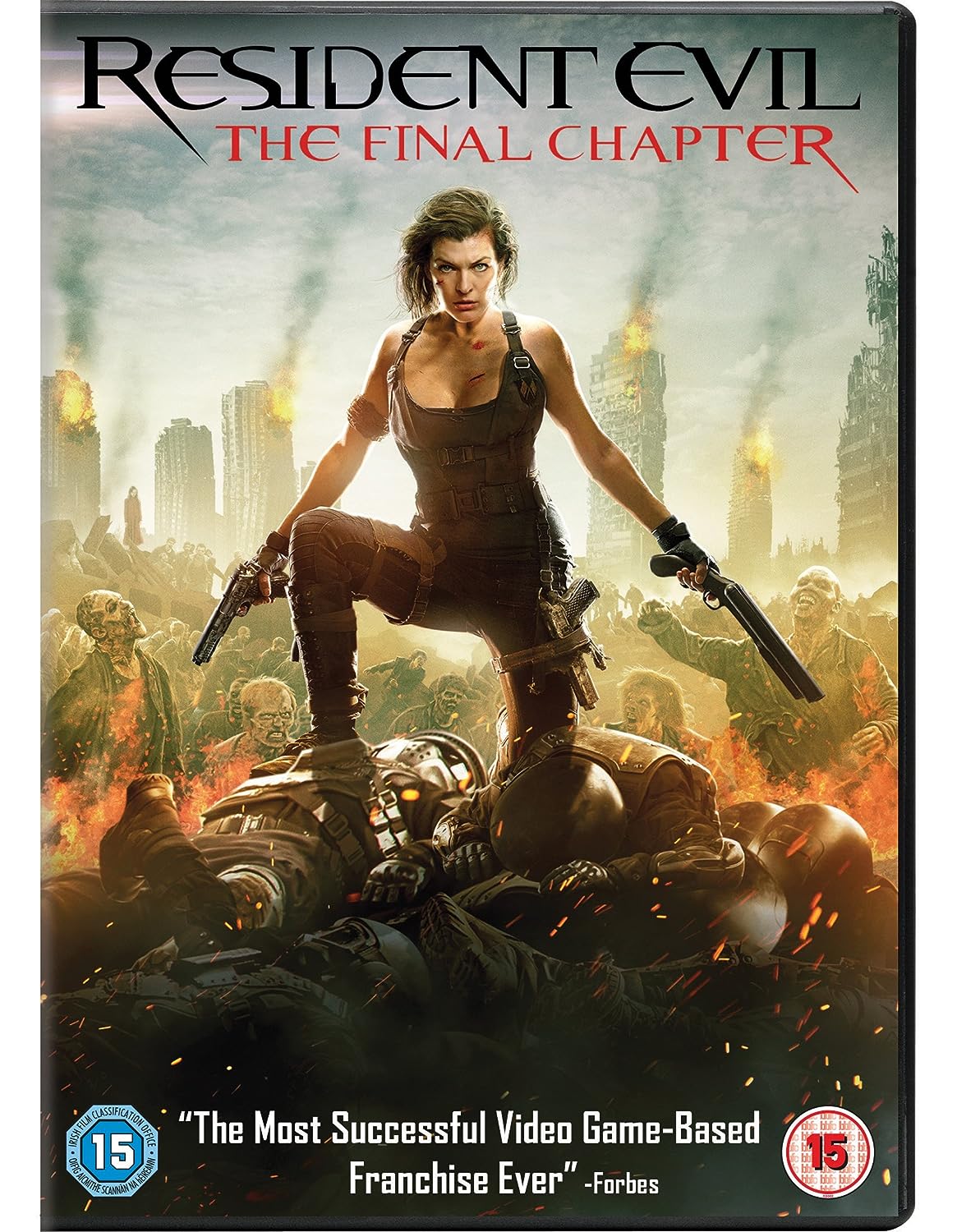 Yes, clones play a big role in this concluding story, which – if you excuse the contrivances used to bring back killed off characters – actually leads to a rather satisfying wrap-up. Sure, it’s overblown, bombastic and takes many a liberty with logic, but it expertly ties together seemingly unrelated concepts with forethought, wit and panache (“the trinity of bitches” line got a hoot from me). Don’t mistake my praise for all-out love, The Final Chapter is still a braindead z-movie which won’t win Resident Evil any new fans, but those knowing what to expect will be serviced by its kick-ass credentials.