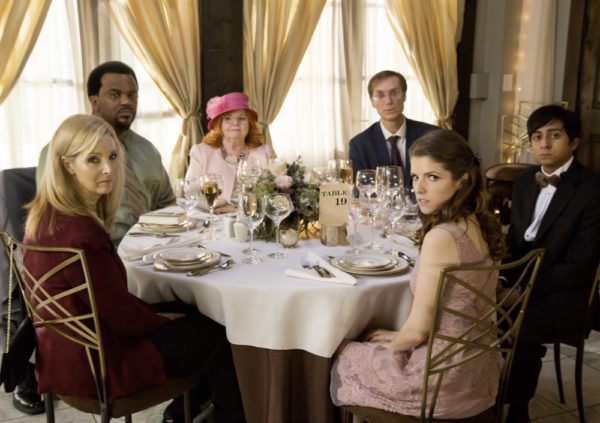 “It’s the same wedding no matter what table you’re at, right?”

Demoted from maid of honour duties at her oldest friend’s wedding after she is ingloriously dumped by the bride’s brother – and the best man – just two months prior to the big day, Eloise McGarry (Anna Mike and Dave Need Wedding Dates Kendrick) is nevertheless determined to hold her head up high and still attend the reception. She begins to regret her decision, however, when she finds herself seated waaaay back at Table 19, near the toilets. A table populated by reluctantly-invited guests who really should have known to decline by RSVP.

Due to work, I had to watch Table 19 in two parts. The first 40minutes really impressed me; while the characters were admittedly stereotypical ciphers, they were lovable quirky and handled the comedy with zinging panache (prime examples being halfway house-dwelling ex-con Walter downing champagne before answering questions about his job and Renzo’s cringe-inducing attempts to chat up singletons by admitting he’s in a band… with his mum). Beneath the light-hearted guffaws there lies a deeper pain: all of the characters are either hurt, struggling or dealing with the blows life has dealt them and this added a depth which elevated proceedings beyond the fluffy.

Then I went to work. When I returned to the second half of The Office (US) director Jeffrey Blitz’s film things again started well. Yes, there’s a sequence where Eloise confronts Teddy about his commitment issues which leads to the wedding cake falling over and covertly needing to be binned, but the drama saves this unoriginal development from eye-rolling farce. I was seriously questioning why this film had received such a bad reputation and such a fleeting cinema run (it -lasted all of a week in my nearest multiplex). Had people seen the comedy-rich cast and unfairly presumed this was a skippable frivolity? 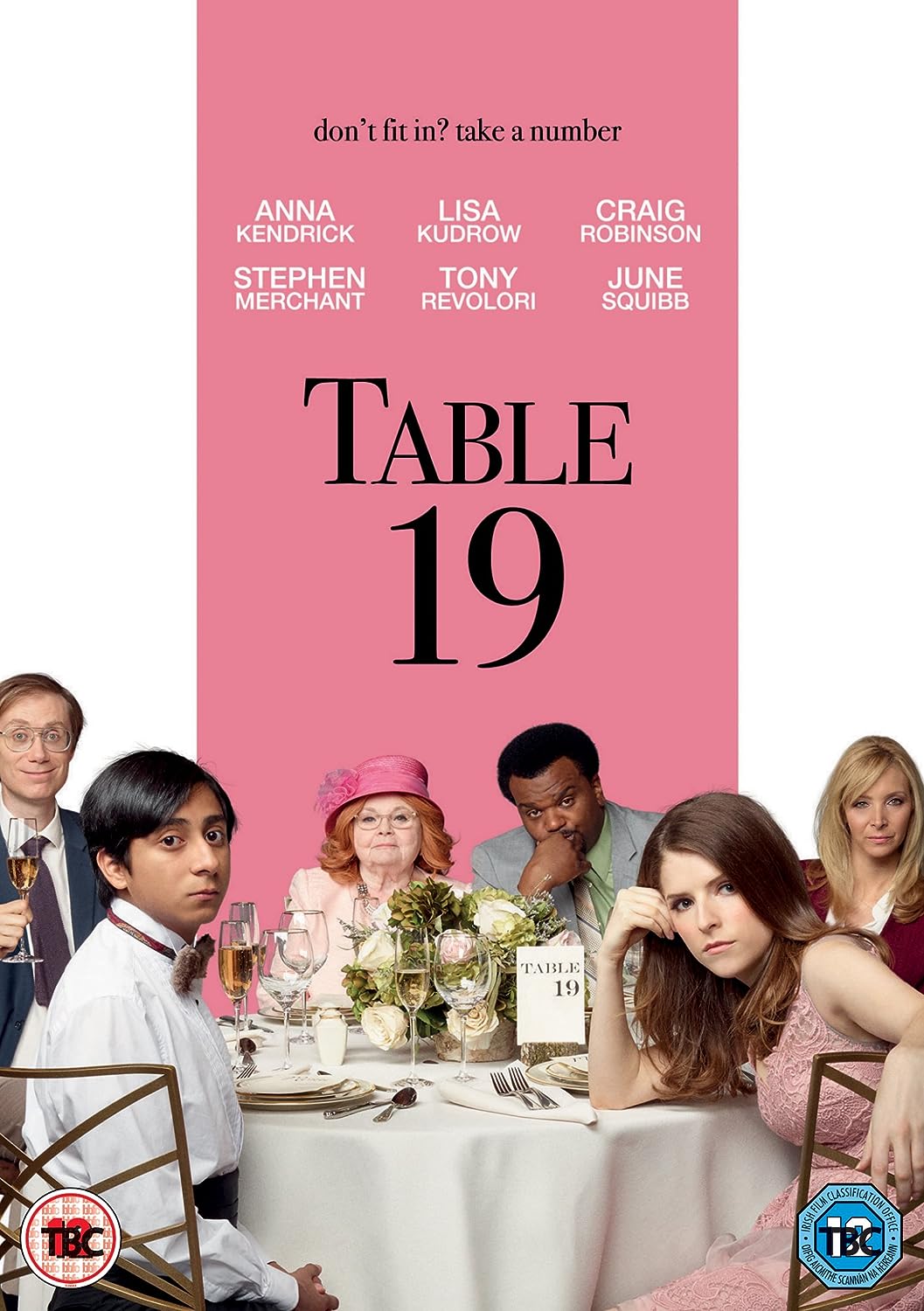 So why, then, you may ask, have I only awarded it three CR@Bs out of five? In truth, up to ten minutes from the end I believed this was a strong four-star film, but Eloise and Teddy’s plot resolution – despite being a typical Hollywood happy ending – did not sit well with me. After 70 minutes of being told that this smug jerk is a cowardly repellent, on the turn of a coin we’re suddenly expected to disregard all of this and accept that he’s a nice guy really and the real love of Eloise’s life (“I don’t want to be disappointed by anyone but you,”). While the circumstances of their break-up make a reunion the right thing to do, a more realistic, heartfelt and less simplistic conclusion would have been a braver and more honourable choice.