My overriding takeaway from watching this great white four-quel in my youth was one of complete astonishment: astonishment at how poor the shark looked despite being made 12years after Spielberg’s Oscar-winning original; astonishment at the laughable number of movie magic-ruining continuity errors; astonishment that original star Lorraine Gary and megastar Michael Caine were happy to have their names attributed to such a sorry production. Even as a child I knew this was so-bad-it’s-hilarious.

Re-watching it now, in glorious high definition and in my early thirties, any joy I got from laughing at Jaws: The Revenge was gone. I purposefully gave it breathing room from my earlier viewings of Jaws 2 (reviewed HERE) and Jaws 3-D (reviewed HERE), which were also packaged into Universal’s 2016 all-but-the-popular-entry 3-disc boxset, but even that wasn’t enough to make me appreciate this flop.

Shot in a paltry 9months and started without a script (there’s the first mistake), The Revenge is infamous as the film which endowed the fin-topped antagonist with a conscious vendetta against the Brody family, motivating now-widowed matriarch Ellen (Gary) to move from Amity Island to the Bahamas after her son, Sean (Mitchell Anderson), is attacked and killed just before Christmas – only for the shark to follow them!

Whereas the novelisation allegedly delves deeper into Ellen’s belief that the great white killer is under some voodoo curse (face palm), mercifully screenwriter Michael de Guzman’s script eschews such an absurd plot point after a single line of dialogue is battered away as ridiculous. Sadly, this doesn’t stop a couple of instances of apparent Jedi-mind trickery where a paranoid Ellen seemingly senses trouble in the water while she is canoodling with pilot Hoagie (Caine) in-land.

In its defence, the plot does an admirable job of making this third Jaws follow-up about more than just the shark; with Ellen moving in with her oldest son, Mike (Lance Guest, replacing Dennis Quaid), and his family, there are commendable human story-beats about the importance of family and sticking together through thick and thin. Unfortunately, these can’t overshadow the incompetence of director Joseph Sargent’s film, which seems to only include these scenes to avoid too much underwater action for its crude shark props. 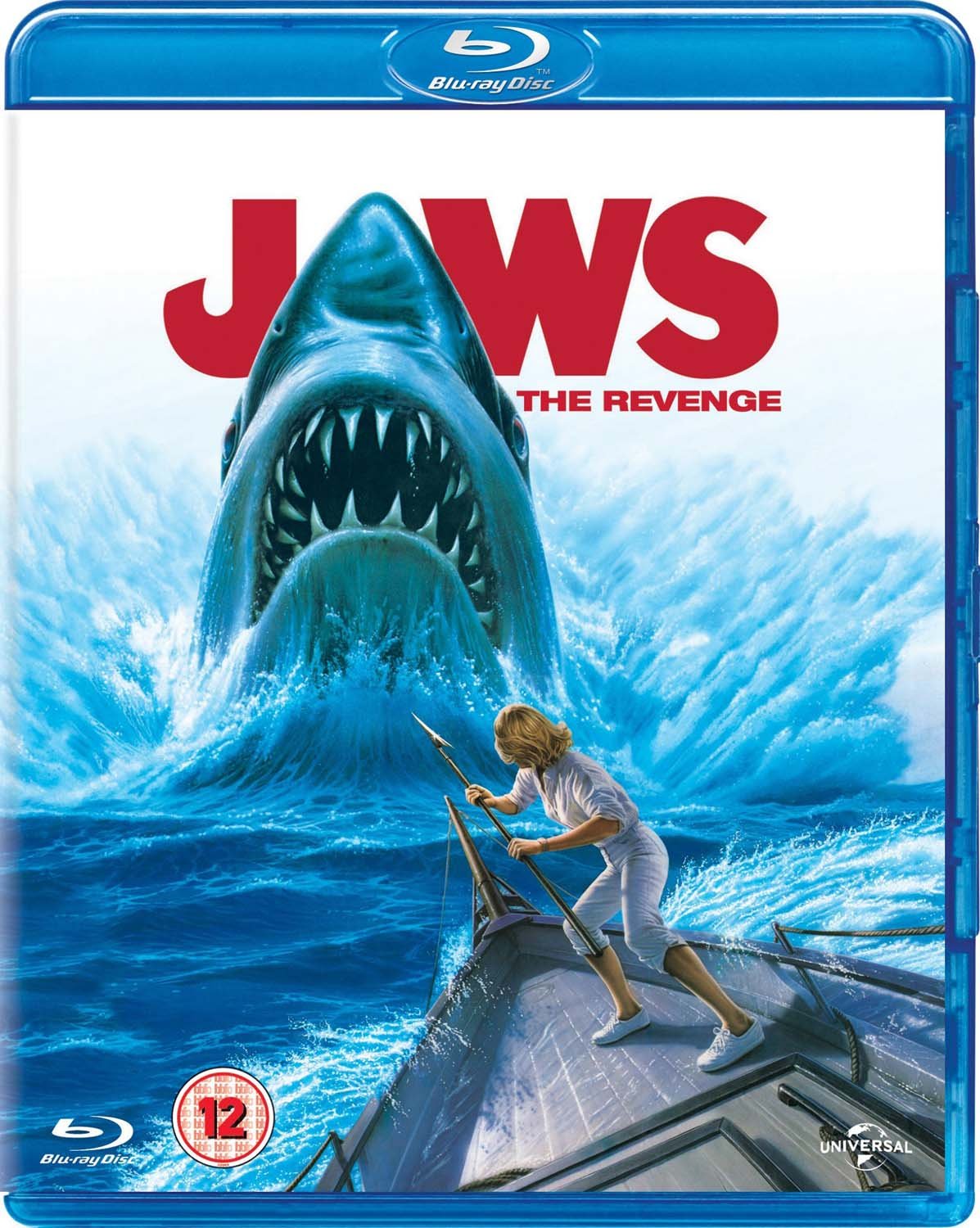 I may have missed it, but this time around I only spotted one instance where the rigging which made the mechanical monster swim was glaringly obvious, and for large swaths of the 90minute run-time I was frankly bored. Sargent attempted to make the film more attuned to the iconic original, but this essentially equates to a couple of scenes which monkey superior sequences in the predecessor and lame sepia-toned flashbacks to Roy Scheider’s defeat of (“Smile, you son of a–”) which is used to cover-up the fact that the hastily re-filmed conclusion to Revenge does an amazing job of showing not very much at all.