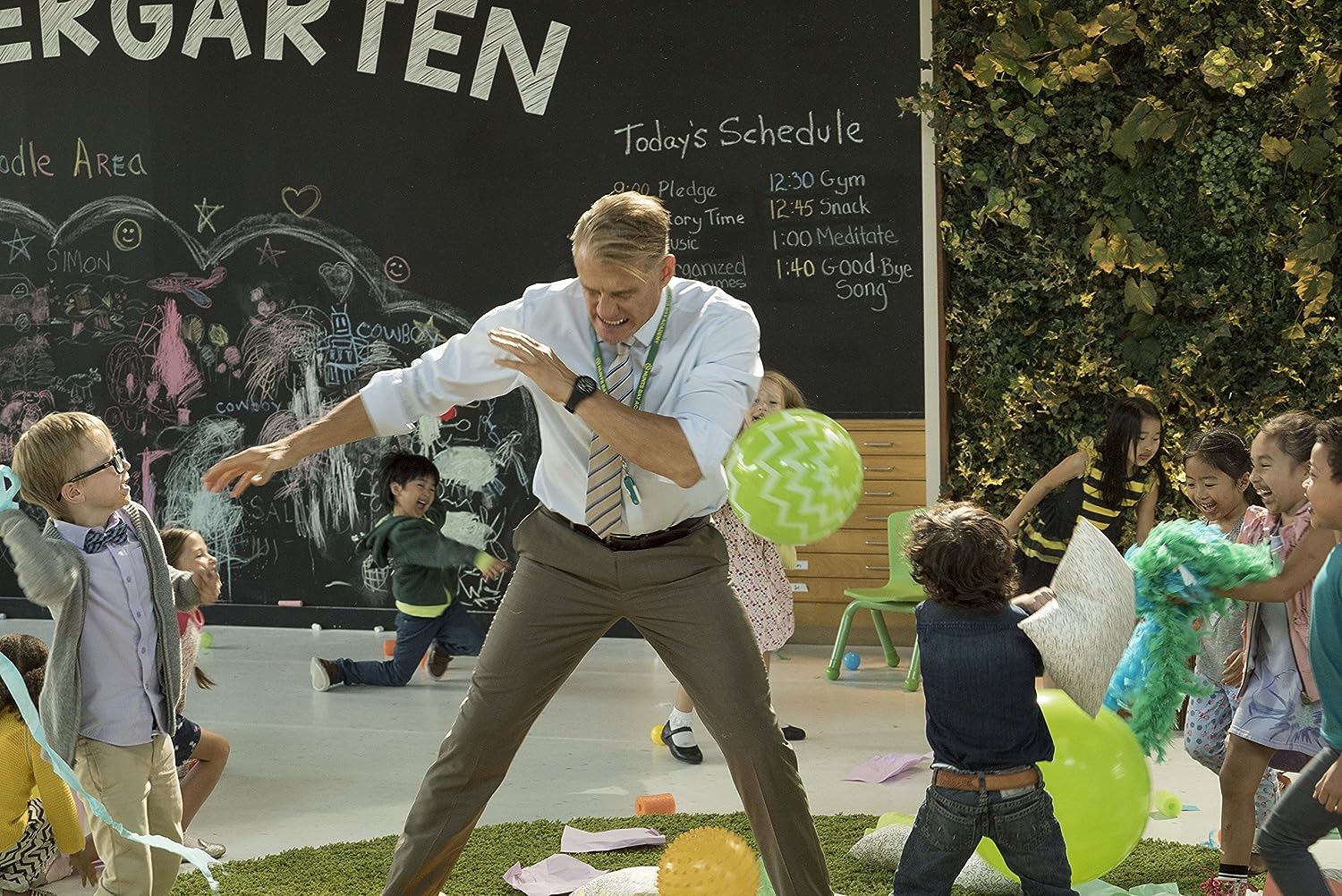 “Let’s put the mac and cheese back on the stove and get this playdate started!”

KC2 is a most curious thing. Watched in isolation away from the early 90s Arnold Schwarzenegger classic it follows on from, it is a perfectly competent, if lightweight, action-comedy which once again trades on the dichotomy between a hulking, stone-faced FBI agent (step up Dolph Lundgren) and a gaggle of hyperactive, allergy-aware, accident prone pre-schoolers.

“What is your malfunction, kid?!”

The problem is that for anyone who has even a vague recollection of the theatrically-released original, this belated, straight-to-DVD follow-up js nothing more than a predictable, cheap copycat. Despite retaining all three of the original story and screenplay writers (Murray Salem, Herschel Weingrod and Timothy Harris all get writing and ‘based on’ credits, alongside newcomer David H. Steinberg), this second effort is rigidly formulaic to the extreme. 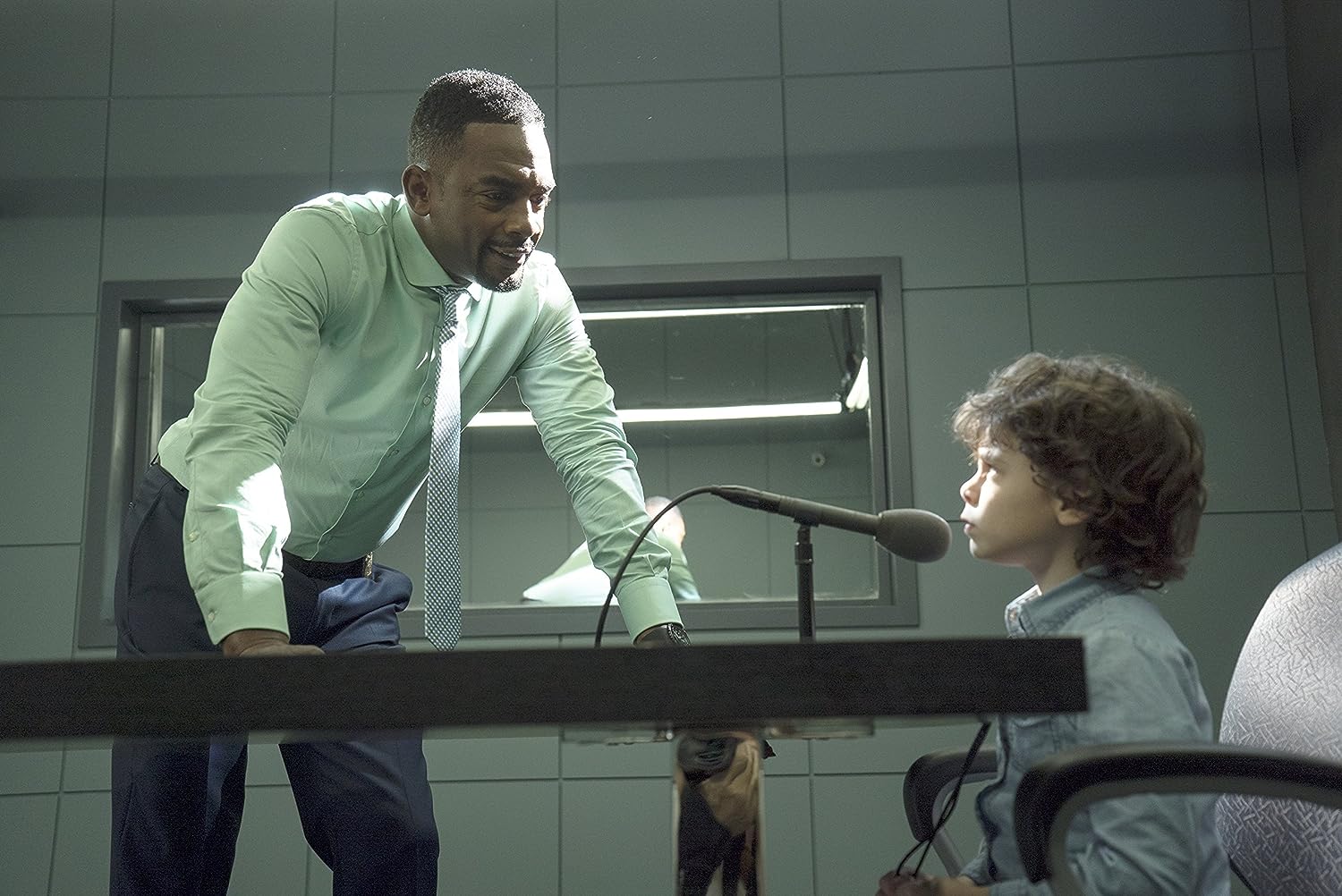 So, as passably smirk-worthy as it is to see gruff giant Dolph get overrun by paint-handed, toilet-untrained toddlers, it is disappointing that after nearly a quarter of a century the franchise creators couldn’t heed their own in-film advice and “be the change.” Instead, they happily rinse and repeat a good versus bad, kids versus cops template as Dolph’s undercover federal agent hunts down a stolen flash drive hidden by a recently-deceased teacher at the prestigious Hunts Bay Academy. 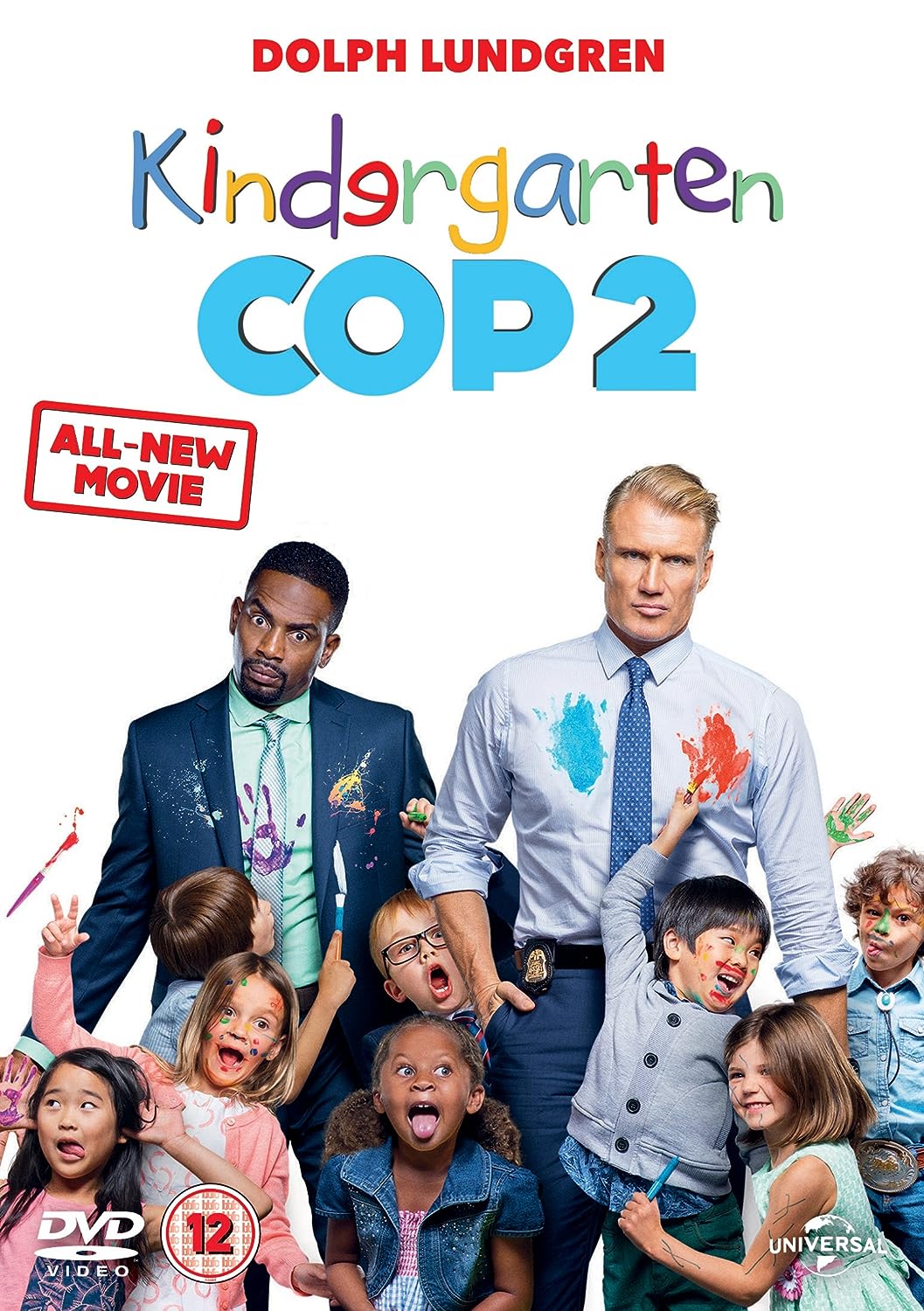 Had Arnie returned as Detective John Kimble this would have been a very different film. Heck, even a fleeting, torch-passing cameo (as was once touted) from Arnie to his Expendables teammate would have added an element of meta-humour to proceedings. As it is, this is no more than the original film remade on a budget. I’m even tempted to believe that the three writers of the original only received a writing credit this time around because Steinberg’s script was so closely resembled theirs (Wikipedia seems to back this up – but we know that site can’t always be trusted).